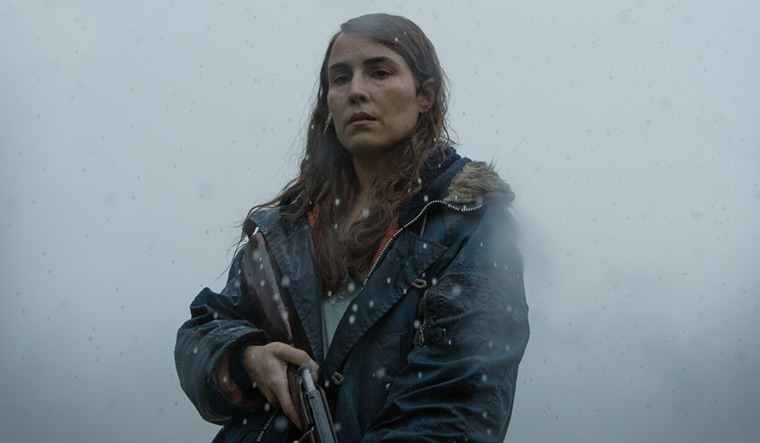 In a remote farm in Iceland, Ingvar and Maria (Noomi Rapace) go about their lives with little joy. They barely talk to each other, and the pleasantries they occasionally exchange do not have any personal touch. The couple is recovering from a trauma, and has seemingly cut off ties with the outside world, with just a dog, a cat and their sheep for company.

When an ewe gives birth, they choose to raise the lamb as their own kid, naming it after their dead child, Ada. The strange behaviour of the couple puzzles you at first, and the reason for their choice becomes all the more unsettling. Ingvar and Maria, however, are happier than ever before, and Ada is happy with her home, too, even as her real mother lurks around, crying for her daughter. When Ingvar’s brother, Petur, visits their barn after a few years, he is shocked by what he finds. The couple’s newfound paradise is threatened with Petur’s arrival, but soon he, too, accepts Ada with all her imperfections.

Lamb, directed by Valdimar Jóhannsson, had premiered at the 2021 Cannes Film Festival, and was Iceland’s entry for Best International Feature Film at the 94th Academy Awards. The film works as an allegory, a fairy tale and an atmospheric thriller with plenty of creepiness thrown in.