Meet the singer who might be India's answer to BTS 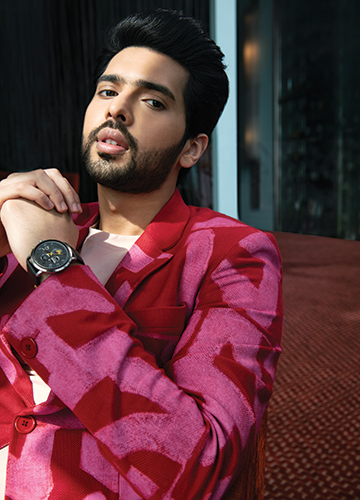 There is a line in Armaan Malik’s latest song, ‘You’, that goes, “All I do is think about how your leap of faith made me put my faith in you.” This, in essence, is Malik’s idea of love. He believes in romance of the old-fashioned variety, the kind that ends in a happily-ever-after. The song is described as portraying the “warm, fuzzy feeling” of finding your person. When was the last time you heard someone use that expression to describe love? Though clichéd, most of us know what Malik is talking about. But we live in a world where it is no longer fashionable to say what we think if what we think is not fashionable. Perhaps that is the reason for Malik’s popularity—no matter how idealistic you think his concept of love is, he believes in what he is singing about. He stays true to his musicality. “Never once have I done anything either in the Hindi or international space that is really far out from who I am as a person or a musician,” he says.

This comes across when you speak with him. His idealism is offset by his intelligence, which seems a curious combination. For a 26-year-old, he answers each question thoughtfully, never blowing his own trumpet, but neither shying away from acknowledging his huge popularity. Of course, with his cherubic face and a voice that matches—silky and soulful—he might be India’s answer to the BTS. His fan army of 50 million followers across platforms—otherwise known as Armaanians—would agree. After all, they are the ones who catapulted the young singer into uncharted heights; he has performed in more than 200 shows around the globe, including one at SSR, Wembley, when he was just 20. He is the youngest Indian singer to be a coach on The Voice India and the youngest recipient of Filmfare’s R.D. Burman Award for New Music Talent. He was the first Indian singer-songwriter to be featured on the Times Square Billboard in New York.

But success cannot always satisfy. He was coming to a crisis point in his life when playback singing was no longer enough. In 2020, he removed all his Instagram posts, except for one which went, “I can’t take it anymore.” Messages of concern poured in, but the words had an underlying meaning. They were not just a reflection of his mood, but also a line in his first independent English song, ‘Control’. In other words, they were the bridge between who he was and who he wanted to be. ‘Control’ was a pop up-tempo track about the dangerous pull a woman had on him. It was dark, metallic, edgy…. With ‘Control’, he was not just moving away from the Bollywood ballad space, he was also reinventing his chocolate boy image. The song took off immediately, climbing to the top spot on iTunes India. He also won an MTV EMA award for it. His next single, ‘Next 2 Me’, hit number one on Billboard’s Top Triller US and Top Triller Global charts—a first for an Indian singer. He followed it up with three more English tracks before dropping ‘You’ in January.

“I have always wanted to be someone from India who goes global,” says Malik. “A lot of people said I’m deviating from a successful career, doing something that is uncharted which might not guarantee success, but it was a risk that I wanted to take because it has been a dream of mine since I was a teenager. I feel in the next few years we will have global superstars from India and I hope to be the one leading that movement.”

Melody king: A still from ‘You’.

With ‘You’, Malik—who is also known as the ‘Prince of Romance’—returns to the ballad space because he wanted to start the year with something that his fans know him for. Shot in Paris, the video depicts the initial stages of a relationship—the couple taking photographs of one another, holding hands on the street, having pillow fights…. “Love like this doesn’t come around all the time,” Malik sings. “Letting you get away would be a crime. ’Cause half of your heart makes a whole out of this heart of mine.” It is surprising if love like that comes around ever, let alone all the time. But despite its cheesiness, there is something uplifting about the track; it is a consummation of our deepest hopes. It offers a technicolour vision of love that belongs in a pre-Tinder era when it was less cynical, transactional and practical. As one of his fans described it, ‘You’ is not a song; it is a feeling. 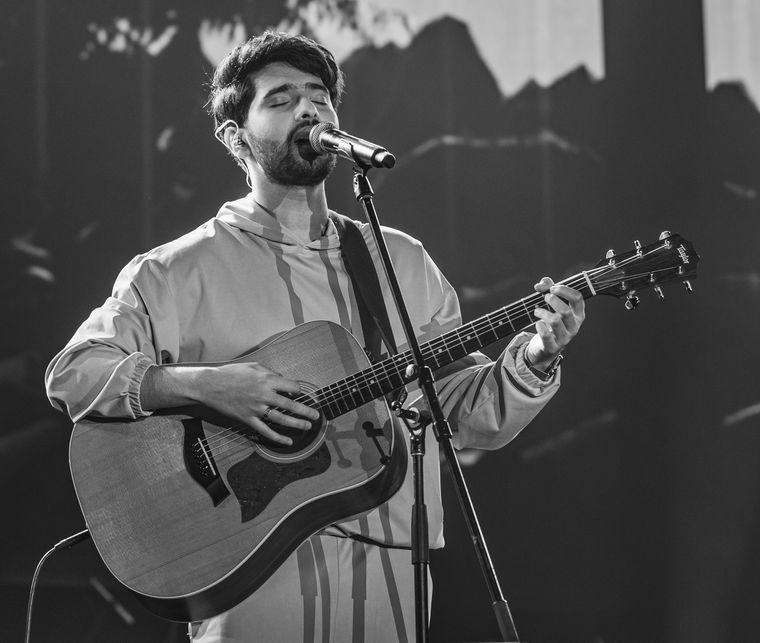 Armaan performing at the Dubai Expo 2020.

There are many popular players in the Indo-western fusion space: Dhruv Ghanekar, Apeksha Dandekar, Bombay Bandook and Paradigm Shift, to name a few. But there are hardly any prominent Indian musicians singing English songs. “A lot of people said I should try fusing both sounds,” says Malik. “I have, in a certain way, tried to bring a few Indian elements into my English music. For example, in ‘How Many’, I used a tabla under an R&B hip-hop beat…. But I don’t want this to be the mainstay. I have never said I wanted to do fusion. I want to do global music that anyone can connect with….”

This places him in the big league, competing with the likes of Shawn Mendes, Charlie Puth and Ed Sheeran. Of course, he does think his Indianness—a certain flair or inflection he can bring to his music as an Indian—sets him apart. It might, and then again, it might not. But coming from an illustrious musical background—his grandfather Sardar Malik, father Daboo Malik and uncle Anu Malik are prominent Bollywood composers—and having sung in over 250 songs in more than a dozen Indian languages, it is impressive that he is willing to loosen the reins on his heritage. For a boy who only wanted to sit around a beach bonfire strumming the guitar with his friends, he has come a long way. And he might be destined to go a longer way still.