'Both my character and I are in the survival game': Anupam Tripathi of 'Squid Game' 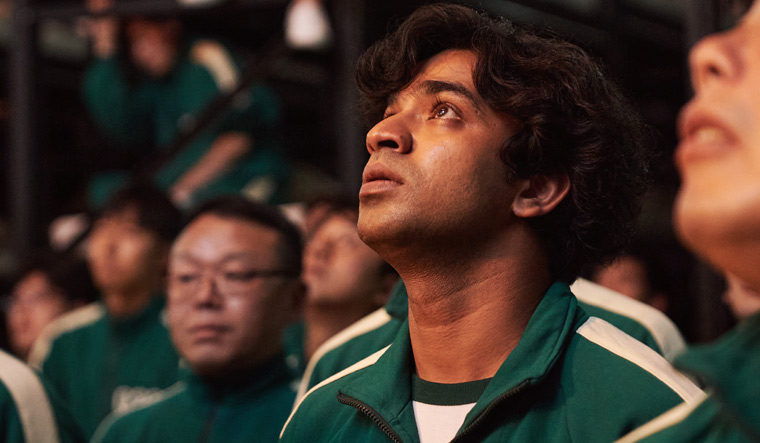 It seems everyone is tweeting or Tik-Toking about Netflix’s new dystopian drama, Squid Game, which premiered on September 17. Parrot Analytics, a platform that quantifies the popularity of online content, said on September 30 that it was the most in-demand show in the world. The Korean show follows 456 debt-ridden people who participate in a competition involving a series of Korean children’s games. The $38 million cash prize is tempting, but if they do not qualify for the next round, the consequences are deadly… literally!

Anupam Tripathi—the India-born, Korea-based actor who plays Ali Abdul, a cash-strapped Pakistani immigrant—still cannot believe his overnight fame. “I never dreamed that this would happen,” he told THE WEEK. Tripathi was part of the Behroop theatre group in Delhi till 2010, when he left to study at the Korea National University of the Arts on a scholarship. Since graduation, he has acted in a number of Korean films and shows, like Ode to My Father and Descendants of the Sun. Excerpts from an interview:

Q\ What is so unique about Squid Game? Why is it such a big hit?

A\ The concept of playing childhood games in a do-or-die situation and the internal conflict of characters within the story is a very fascinating aspect, and it connected with the viewers. Anyone can play those games and relate with the feelings of the characters. That is the core of the story.

Q\ How was the experience of acting in Squid Game?

A\ Of course, everyone faced an initial fear of how the experience was going to be like. On the set, there were seniors, juniors, experienced and inexperienced actors—all expressing themselves. You could see that chemistry onscreen. Everyone was rooting for me.

Q\ What was your first reaction when the script was narrated to you?

A\ I was thrilled to clear the audition. I expected a few lines here and there. When I read the script, I kept seeing more dialogues for my character, Ali. Once you read it, you just become totally absorbed. It is amazing how well the characters are defined through the game, how they keep changing sides and forming their own teams within that space.

Q\ How has life changed for you post Squid Game?

A\ People are recognising me now. In Korea, everyone tries to take selfies with me. Once, on the subway, some boys came up to me and went, “Are you….”? And I said, “I think so.” All over the world, people are appreciating my work. I never dreamed that this would happen. I was just doing my job and am so grateful for the appreciation and love that I have received.

Q\ How would you compare Indian and Korean cinema?

A\ I would rather not compare. Each has a different expression. People in Korea really appreciate Indian movies. Films like My Name is Khan, Dangal and Three Idiots are very popular in Korea. I wonder what would happen if India and Korea were to collaborate [cinematically]. The two cultures together can create magic for the audience.

Q\ Do you find any parallels between your character Ali and yourself?

A\ Yes, he came to get a better life and I came to learn a better way of expressing myself. There are differences, but the core of our experience is similar. We are both here as immigrants and we both came for better opportunities. Our behaviour, way of expression and attitudes might be different, but we are both in the survival game