As cinema’s favourite spy—James Bond—returns to the screens for the 25th time in No Time To Die (2021), a dialogue from the recently released Bollywood spy movie BellBottom is worth noting. “Kehne ko toh hum India ke James Bond hain, lekin petrol bhi khud bharna padta hai (I am India’s James Bond, so to speak, but, I have to pay myself even for fuel),” remarks Akshay Kumar, who plays the larger-than-life spy. The line is telling at multiple levels. From a storytelling perspective, it is indicative of the obsession our spy movies have generally had with 007; the yearning to locate him in our on reel agents or at least refer to him.

Director Ranjit Tewari’s 125-minute espionage thriller was the first big-ticket Hindi movie to release in theatres since the second wave of Covid-19. At a time when most theatres across the country have remained shut, the film generated a modest, but creditable, box-office revenue of Rs18 crore in its opening week. What worked for it was the genre, said trade analyst Taran Adarsh. He added that there is a “growing hunger” for the genre in India.

This has naturally been met with a “mind-boggling” array of offerings—films, series, short films and more—across platforms. In the past one and a half years alone, two dozen films and web series have been released in this genre, almost half of which were released in 2021. And there are more in the pipeline. The Kangana Ranaut-starrer Dhaakad is being made at a budget of Rs80 crore and is the most expensive female-led film ever made in India. The makers of Siddharth Malhotra-starrer Mission Majnu, penned by Parveez Sheikh and Aseem Arora—the writers of BellBottom, are hopeful of taking the movie to the theatres “as soon as possible”.

The OTT space, too, has been chock-a-block with content based on the intelligence community. Take for instance Hotstar’s Special Ops, in which Kay Kay Menon plays a R&AW officer. The popularity of the show was such that the makers announced a multi-series Special Ops Universe. Shivam Nair, who helmed Special Ops along with Neeraj Pandey, said that Indians were rediscovering their love for stories far removed from potboilers and “nonsensical portrayals of super-humanly skilled spies”.

He said the audience now wants “gritty realism” and not heroes who can fight with half a dozen kinds of swords or drive like a rally car champion. “They want realistic heroes who can make mistakes and aren’t afraid of failure,” Nair told THE WEEK. He had previously collaborated with Pandey for another spy thriller Naam Shabana (2017). The Tapsee Pannu-starrer showed the transition of a young woman into her new life as an intelligence operative. Though it was a compelling story, it was garnished with the ingredients of a typical Bollywood potboiler.

With time, Nair and Pandey’s treatment of a spy thriller has become crisper and more erudite. Special Ops is more nuanced, tightly scripted and closer to the ground. “We have all evolved,” said Nair. “We want to keep the story as real as possible. No unnecessary creative liberties were taken. We met with real officers and I think that made all the difference.”

But that is not always easy, especially when dealing with true events related to undercover operations. “After all, how much of the real operation can we know?” asked Amar Butala, one of the producers of Mission Majnu, which has been promoted as “The untold story of India’s greatest covert operation”.

“Since most of these are covert operations, little is known about them and R&AW will only provide so much info,” said Butala. “Rest has to be padded up to really make it entertainment-ready.” He added that there are bound to be some liberties taken, though all efforts are made to ensure the sanctity of the story. “Or else, the audience will not accept it,” he said.

Hindi cinema did not always have such clarity regarding the handling of spy thrillers. “For example, a film like The Great Gambler (1979), despite its espionage element, is also a romantic film and an action film,” said Harmanpreet Kaur, assistant professor, School of Media and Cultural Studies, Tata Institute of Social Sciences. “That said, several Hindi films have borrowed elements from the American noir style for crime/thriller/detective films framed within the Indian context. Some films in the 1960s and 1970s also borrowed elements from the British Bond films in terms of heroes, villains and femme fatales.”

In recent years, a pattern has emerged. The stories are at opposite ends of the spectrum. The ones like the Salman Khan-led Tiger franchise tilt towards hyper masculinity, machismo, action and melodrama. At the other end of the spectrum is the Meghna Gulzar directorial Raazi (2018), which is a different kind of spy thriller, far from the loud, jingoistic and glamourised version of spies usually found in Hindi films. The protagonist, Alia Bhatt’s Sehmat is gritty, yet sensitive. Her transformation from a college student into a patriot is not dramatic, but a natural progression under dangerous circumstances. 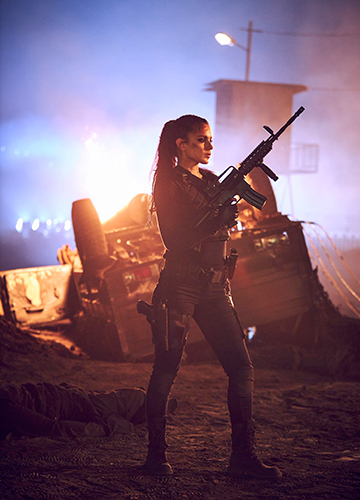 Robbie Grewal, director of Romeo Akbar Walter (2019), said it was the second, more grounded kind of narrative that is now being followed in a big way. “Our spies are mostly rooted in fact and we are able to tell the stories of heroes from the 1960s and 1970s through plots that are more layered and believable,” he said. The John Abraham-led Romeo Akbar Walter was set in 1971, but was not a true story. The plot was filled with predictable tropes, including a doomed romance, and failed to make an impact.

Grewal said the “true-story element” in movies like Raazi made them more believable than the fiction of Romeo Akbar Walter. But, he added that the good thing was that there was a better appreciation of the heroics of our secret agents. “So, you are getting to see many more stories in this genre and there are so many more waiting to be told,” he said. “I personally know of multiple scripts doing the rounds which will see the light of the day early next year.”

According to experts, this craze for spy films, driven by box-office profits, essentially began with Pandey’s fantastic writing of the edge-of-the-seat thriller Baby (2015). The film’s success paved the way for a number of other gripping, and some not-so-gripping, thrillers. In fact, Naam Shabana was a spin-off set in the Baby universe. Nair said that now, with OTT platforms, it was much more rewarding to watch content in this genre. “An episodic series allows you sufficient space to explore the complexity of your characters and build up on them,” he said.

That is how the Amazon Original The Family Man, starring Manoj Bajpayee, came to command a cult following. Aparna Purohit, head of India Originals, Amazon Prime Video, said the secret behind the success of The Family Man was rather simple. “We did not recreate an Indian 007 clone or adapt a globally successful spy thriller format,” she said. “We imagined an ordinary, middle-class man, Srikant Tiwari, who also happens to be a spy, and stayed true to that vision. A vada pav eating family man, with a zeal to serve and protect his country.”

So, what is the recipe for an ideal spy thriller? Unpredictability, a thrilling adventure and relatability are aspects which most stakeholders concur on. Director Ken Ghosh said: “When Ian Fleming wrote James Bond novels, it was coming post World War II when there were already stories of spies and secret agents and people working behind enemy lines.” People in the US and the UK knew those stories, he said. “In India, there have been a lot of unsung heroes in the intelligence community,” he said. “They weren’t part of our psyche and hence we borrowed from the western world. It is only now that we are hearing stories of [people] who played a crucial role in intelligence and hence, we are now ready to accept these films and watch them more.”