Mayhem in the sky 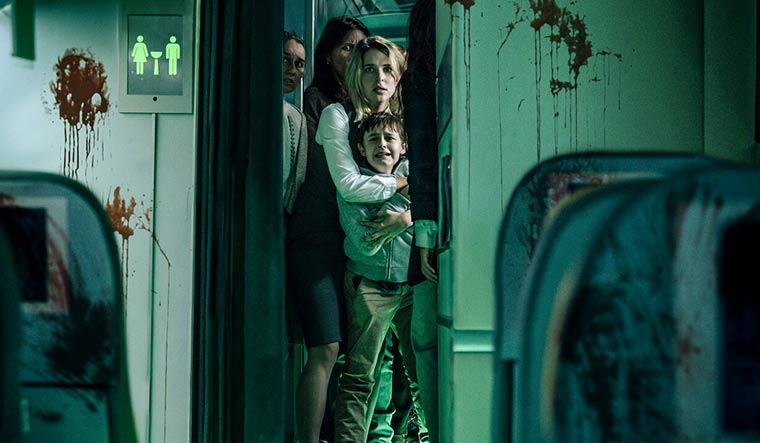 Nadja and her young son Elias are on their way to New York in a transatlantic flight. Nadja suffers from a mysterious illness, and has been assured that her condition can be cured by a doctor in New York. However, their plane is hijacked, and the armed men make a passenger read out a text in Arabic to make it seem like they are a band of extremists.

Nadja appears to be sick and in need of urgent medical care, until a hijacker pumps a few bullets into her and leaves her for dead. What began as a hijack thriller then turns into a wild ride with oodles of blood and gore.

Directed by Peter Thorwarth, Netflix’s Blood Red Sky is a genre-bending thriller with some fantastic performances. Just when you settle in for a hijack affair, the movie subverts expectations, with an unlikely hero saving the day for the unlucky passengers.

Blood Red Sky is not just about thrills and gore. There are tender moments aplenty, and the director also makes some poignant observations about human nature in the face of tragedies.