Memoir: Akash Kapur reminds us why imperfect utopias are better than creating none 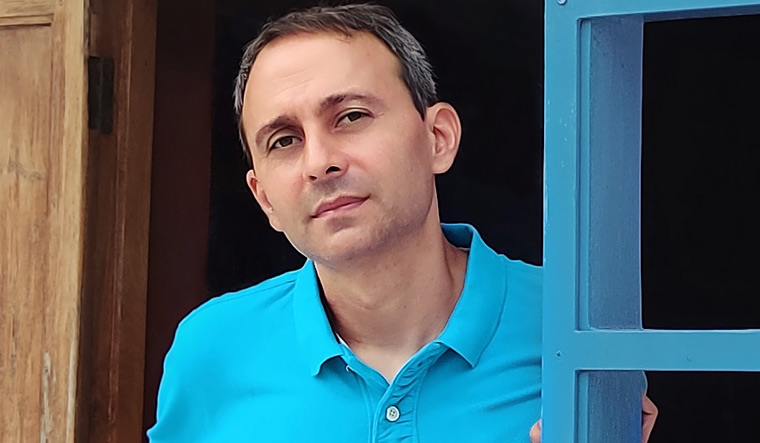 It was Oscar Wilde who said, “A map of the world that does not include utopia is not worth even glancing at.... Progress is the realisation of utopias.” But panning the concept of utopia has a long-standing intellectual tradition. The word, coined by the English humanist Thomas More, means “no place” or “nowhere” in Greek etymology; it is a pun which asks if a perfect society or a self-contained community with a common, cohesive culture and a way of life is even realisable. In 1872, novelist and critic Samuel Butler wrote about a fictional country “of eternal progress” in Erewhon, which is again an anagram for “nowhere.”

But of the many reasons one should read Akash Kapur’s Better to Have Gone: Love, Death and the Quest for Utopia in Auroville, one is to learn how to appreciate utopia as a rationalist. That one can arrive at a renewed understanding of the mysterious workings of faith. That broad-brush dismissals of so-called cults and “hippie-dippie” communes are hardly fun. That there is really no single reality. And while most utopias fail, some can endure with its many fractures and factions.

This is precisely the point Kapur emphasises in a phone interview from the US. “This kind of a notion that Auroville was a unitary phenomenon is misguided. There is no unitarian Aurovillian position. Auroville, from the inside, is like any small town in the world,” says Kapur about the complicated legacy of the “universal settlement” of Auroville, the city of dawn. Formally inaugurated in 1968 by a Frenchwoman, Blanche Rachel Mirra Alfassa or the Mother, to realise the impossible ideal of “human unity” on a strip of barren land near the former French colonial settlement of Puducherry, Auroville sought to create an alternative community where dreamers, drifters, seekers and rebels would cohabit to create a spiritually evolved society of “supramental” beings.

Today, Auroville, while no longer the best version of itself, still functions as an intriguing, although somewhat corrupted, promised land where one can hope to live a more quiet, internalised existence. “It doesn’t have a leader. There is no central vision. It is an anarchic community,” says Kapur.

The heart of Better to Have Gone is the fascinating, almost cinematic, story of John Anthony Drummond Walker and Diane Maes; John—a product of East Coast royalty, all “cocktail parties with crystal chandeliers”—and Diane, the beautiful, restless, drop-out from small-town Belgium. Both from radically different social backgrounds meet at Auroville with all the promise and optimism of inhabiting a secular new world which derives its philosophical core from the teachings of Sri Aurobindo.

But the price that John and Diane end up paying for their purity and persistence—in a land troubled by its own competing conflicts and contradictions in the 1970s and 1980s—is recounted with the foreboding energy of a cliff-hanger. In this thrilling memoir, the ending is already known, but the bit-by-bit process to get to the denouement is the most captivating part. A complete insider, Kapur knows the lay of the land. He grew up in one of the earliest farms started in Auroville—Kottakarai, where Kapur lived with his parents in a single-room hut.

After boarding school and college in the US, Kapur came back to Auroville in 2004 with his partner, Auralice, daughter to the late Diane. In a way, the book serves to liberate both Kapur and Auralice from the overwhelming weight of their shared history, with unprocessed, painful memories. Like a giant jigsaw puzzle, Kapur pieces together John and Diane’s journey through the tumult of a revolutionary Auroville; he weaves their character sketches from personal letters, postcards, diary entries, old photographs and extensive oral interviews conducted over five years. And the result is a scintillating cast of characters searching for their own respective utopia, always teetering on the edge of a precipice.

Auroville never could become the utopia it originally envisioned itself to be. But perhaps in an echo of Wilde himself, Kapur knows the importance of the project, imperfect as it may be. Especially in a democratically fractured society that we now inhabit. “Auroville is an important reminder. At least here is an attempt to build something less materialistic, less inegalitarian. Personally, I appreciate that aspect.” 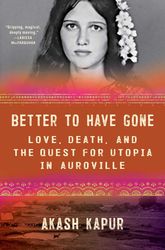 Better to Have Gone: Love, Death and the Quest for Utopia in Auroville