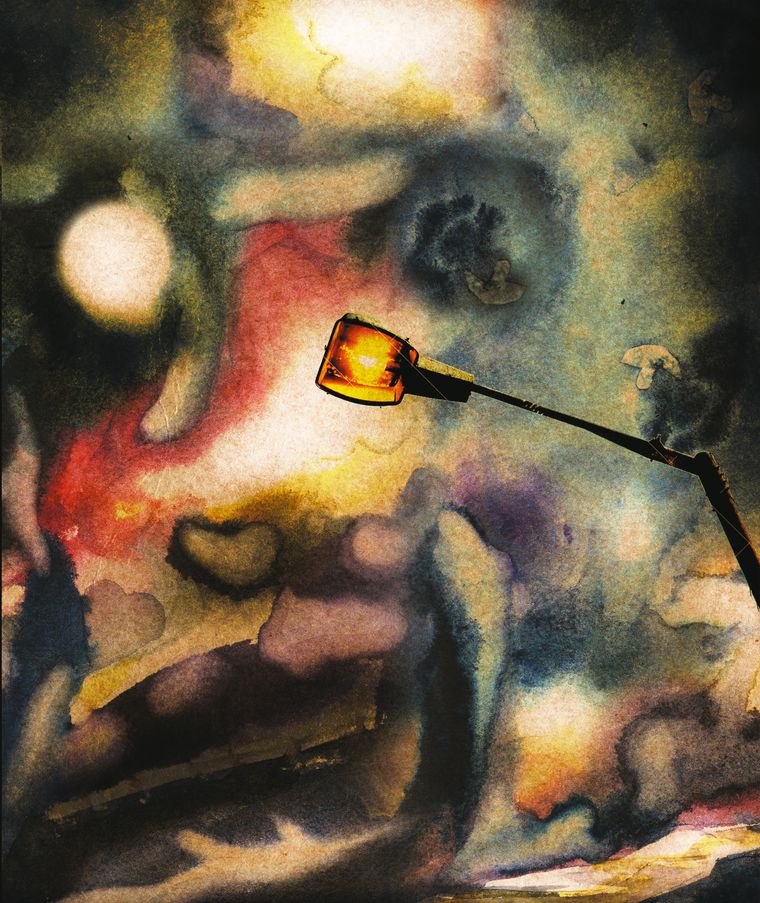 Home, family, identity, the modern condition of love, the classic coming of age—these are literary tropes and schemes novels never tire of diving into. Here are three recent fiction titles that navigate the cultural tensions and contradictions of our times by seeking the light. It is the light that never quite goes out—from the stars and the galaxy to the shimmer of gold to the functional white of the humble light bulb.

UNDER THE SILVERY MOON

THERE ARE SENTENCES in The Illuminated that linger like fading moonbeams in a rising dawn. Poornima, a strong and feisty domestic help in the novel, likes to see the moon in the morning as much as she enjoys telling a good story. “If you’re lucky, and if you’re nearing the full moon, you can see it in the morning, Didi,” says Poornima to her beloved employer, Shashi, towards the end of the book. 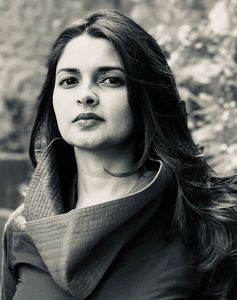 Poornima is the full moon, a beacon of culmination and fulfillment. When the time comes for a resolution, author Anindita Ghose sets forth yet another beautiful line which reads like a truth untethered, perhaps a key to the lunar language of her debut novel: “Everything important comes to us in the moonlight: dreams, babies, shiuli blooms.”

Stylish, witty and wise, The Illuminated is also diligent in the way it tracks the subtle ways in which women suffer the depredations of power imbalances. The gracious, tea-loving Shashi Mallick has the perfect marriage. Her handsome, loving husband, Robi, is North Calcutta royalty and a successful architect. Shashi’s daughter, Sanskrit scholar Nayantara, is tall and proud. Not used to being rejected or denied, she loses her sense of self in one short affair which completely crushes, only to create anew.

The novel opens a week into Robi’s death in New Jersey, at their son Surjo’s house. It then proceeds to exquisitely reminiscence, reflect and reveal the familial knots and weaves of the Mallick household from Kolkata to New Delhi, the dangerous, often ludicrous, intrusions of right-wing fanaticism, the healing vistas of the mighty Dhauladhars and the crystalline verses of Bhartrihari and Bilhana. 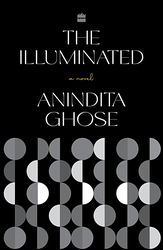 The churning that follows the sudden death of Robi turns out to be the passage to enter a whole new realm of light which burns with its own magnificence. The resolution can rattle and ruffle. But the real triumph lies in the way the two central characters of Shashi and Nayantara are chiselled with a knife-like precision. 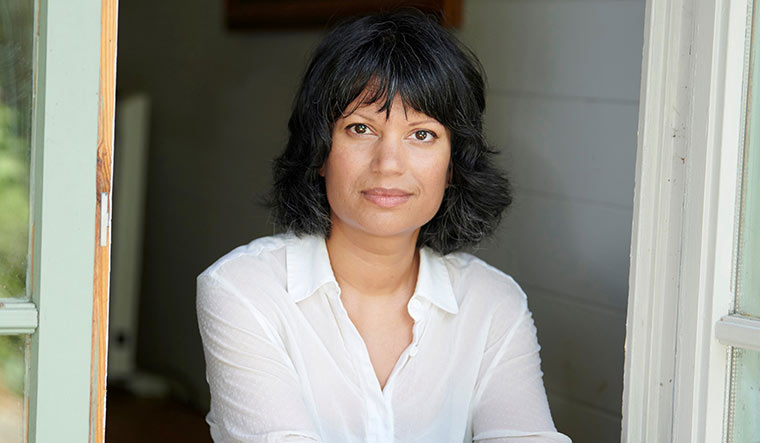 THE DELICATE DANCE of drifting in and out, the fuzzy attachments and indecisions of modern love, identity, dislocation, home and belonging, all find their moment of incandescence in Anjali Joseph’s Keeping in Touch. But the impossibility of keeping in touch, of letting people fade and disappear, is anchored by the plot device of a lightbulb here called the Everlasting Lucifer—a bulb “stronger than an LED”, pegged to last 40 to 50 years. The innocuous consumer product almost works like a deliberate counterpoint to the footloose, fancy-free characters in the book, perhaps telling readers that human consciousness has remained the same for thousands of years.

Ved, a 37-year-old London-based venture capitalist, has given up on having stable relationships. He almost feels relieved when his brief dalliances end, even if he likes the women he dates. Ketaki, 39, is a freelance arts and design “curator” in Guwahati; tall, winsome, with long slanting eyes, she is “tired of winning” with men, her self-possession being her most dazzling quality. When the two happen to meet at the executive lounge of Heathrow airport, Ved is instantly drawn to her. Their stories are tangled with the curious light bulb factory in Jorhat, Assam, that Ved is keen on investing in. What follows is Ved’s assiduous bid to woo the ever-elusive charmer that is Ketaki. 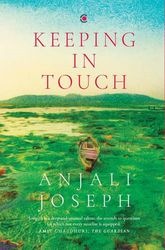 The Everlasting Lucifer follows the characters from Jorhat to Bombay to London to Majuli. Funny complaints from users surface about this “intelligent filament”, like its fizzing and popping in a political party meeting. Among other things, the book reminds us that the lights and lamps we choose to bask in have a bearing on the way we think and view the world. 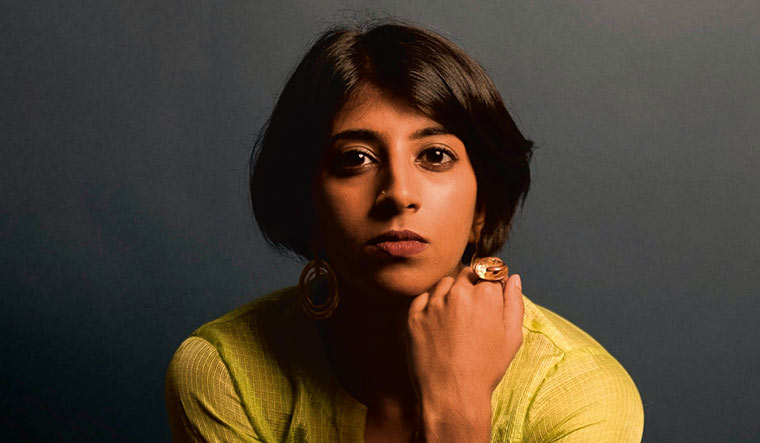 WHEN NEIL NARAYAN was a gawky teenager in suburban Georgia, he heard the story of the “Bombayan gold digger” one afternoon. Otherwise known as “the Hindu”, the fortune-seeker might have been the only man of his race to follow the 19th century California gold rush. The storyteller offers Neil—who is struggling (and failing) to fit in, act and dream like a “model minority” hard-charging towards Harvard—the possibility of rethinking the history of his people in this promised land.

“I had thought the first Indians showed up much later—but think: the gold rush! Such an American phenomenon and one of our own kind running about in the middle of it. Makes you a bit proud, doesn’t it?” asks Ramesh Uncle that afternoon in the library. Neil (or Neeraj) feels an easier kinship with this nameless man in history, much more real than the ancestry his parents fed him. “What if this was my land, after all?” Neil wonders. In Sanjena Sathian’s debut novel, Gold Diggers, the dislocation concerns of the immigrant experience are recast, quite literally, in the amber light of gold.

The mother-daughter duo of Anjali and Anita Dayal know the formula to realise the American Dream—stealing sundry pieces of gold jewellery from the ones who emit a certain burning energy and light called “ambition”. In a basement, the glittering loot is smelted to a pulp and mixed with lemonade. This golden brew made out of the ancient metal is the magic potion of which Neil and Anita become conflicted junkies. From their adolescence in suburban Georgia to their emotional wasteland in the San Francisco Bay Area, the novel asks where one really arrives through this Golden Gate bridge. 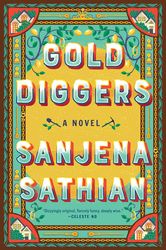