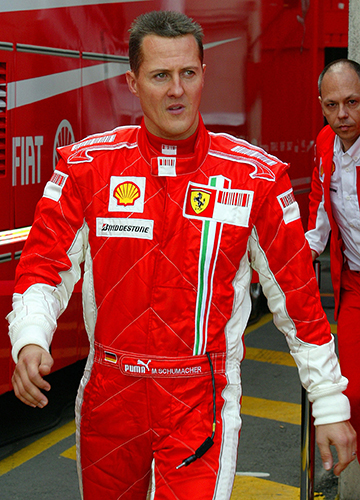 A sensitive yet critical portrait; this was how the makers of the documentary Schumacher had pitched it. But, the Netflix original, which released on September 15, can be more accurately described as a conveyor belt of clichés. Not being too critical of the controversies in Michael Schumacher’s career was understandable—the seven-time Formula One world champion, now 52, could not give his side of the story because of the skiing accident in 2013 that left him with a severe brain injury.

However, from a storytelling perspective, it was unacceptable to gloss over instances of unsportsmanlike conduct which are now considered epochal. The incidents which could not be ‘salvaged’, such as the “manoeuvre” against Jacques Villenueve at Jerez 1997 (it led to disciplinary action against Schumacher) are covered. But, there also seems to be an attempt to create sympathy for him. For example, the ‘harsh’ media coverage of him at that time is highlighted in a way that seems to say: “See how the media turned on him.”

Moreover, fans hoping to learn something positive about his current condition from the nearly two-hour documentary are likely to be disappointed. There is undoubtedly a need to respect the privacy of Schumacher and his family, but, there could at least have been an interview with his doctors.

An early sequence focuses on his impressive debut, as a replacement driver for team Jordan, in 1991. This is followed by the inspirational rise of, as the documentary puts it, a boy competing against hardened men. The early friction with Aryton Senna is an engaging watch.

A host of big names tell their stories about Schumacher. It is an impressive list, but only a few, like Mika Häkkinen, David Coulthard and Damon Hill add real value.

The difficult times, especially with subpar Ferraris in the late 1990s, are dealt with in detail. And much like Schumacher saved Ferrari, his old interviews help to uplift the documentary.

The best parts are probably the behind-the-scenes videos from race days, including disagreements and fights with other drivers. The pick of the bunch has to be Schumacher accusing Coulthard of trying to kill him. More such footage would have been exciting, but was perhaps unavailable.

There are little-known details from his childhood and early years. And endearing bits of information and clips sourced from his family. His wife, Corinna, reveals how Schumacher loved throwing people into pools during parties. “Even at our wedding, people were thrown into the pool,” she says.

Directors Hanns-Bruno Kammertöns, Vanessa Nöcker and Michael Wech have to be lauded for the attempt, though it falls well short of the stratospheric levels at which Schumacher plied his craft. And despite the amateurish choice to overdramatise an already breathtaking sport, Schumacher is still worth a watch.