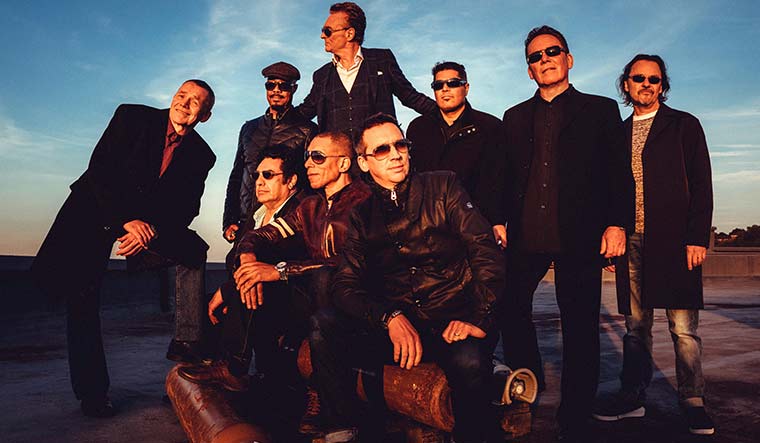 In the summer of 1948, 500 Caribbean immigrants arrived in the UK onboard the Empire Windrush. Many of them, and later South Asian immigrants, settled in inner city areas like Balsall Heath of Birmingham, making it a melting pot of diverse cultures.

By the 1970s, however, the area suffered from terrible housing conditions, crime and prostitution. Ravaged by poverty and cut off from the white upper middle class, Balsall Heath began to develop a distinct identity. An important aspect of this was the vibrant music scene. With the immigrants being denied entry to most of the prominent clubs of Birmingham, they started jamming on their own. A unique amalgamation of British and Caribbean music could be heard from the houses and clubs of Balsall Heath. UB40—named after the Unemployment Benefit Form 40, since all eight members of the band were unemployed—is a product of this alchemy.

The band started with a bang in 1978—literally—when vocalist Ali Campbell got into a bar fight and was blinded in one eye. He spent the 4,000 pounds he collected on an injury compensation claim to buy musical equipment, with which he and brother Robin launched the band. “I gave my eyeball for my art,” Ali would later joke.

The band was the voice of working-class discontent. Reggae provided a musical backdrop to their angst. Initially they jammed in the basement of the building in which bass player Earl Falconer and saxophonist Brian Travers lived. They played standing on beer crates to prevent getting their feet wet from the water which spread across the floor whenever Brian took a shower. Their 1980 debut album, Signing Off, was recorded from guitarist Robin Campbell’s bedsit in Birmingham, which was so small that drummer Norman Hassan had to record his percussion parts from the garden.

In a way, with their new album, Bigga Baggariddim, they are going back to their roots. “The rhythms/ backing tracks of our last album, For the Many (2019), took us to the 1980s musically and reminded us of how we were making music then,” says Robin. “We thought it would be lovely to make another collaboration album.” Bigga Baggariddim—comprising 15 collaborative songs with musicians like Gilly G, Tippa Irie, Pablo Rider, Slinger and Inner Circle—is a fresh take on their 1985 album, Baggariddim. The album features the band’s founding members Robin, Brian, Norman, Earl and James Brown (drums) and longtime members Duncan Campbell (vocals), Martin Meredith (saxophone), Laurence Parry (trumpet) and Tony Mullings (keyboards). 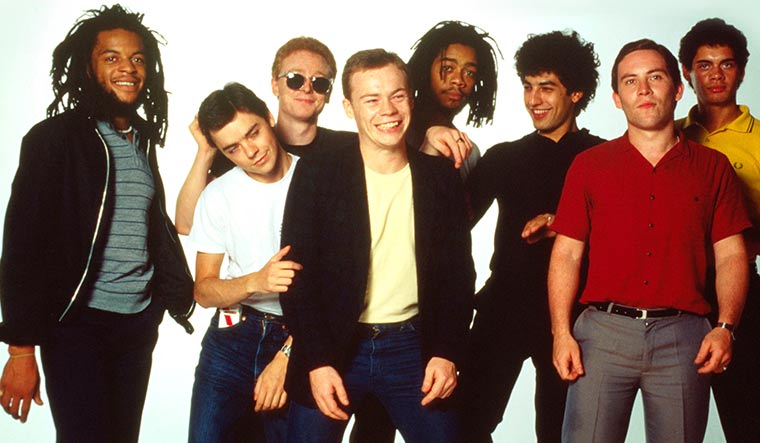 A 1983 group portrait of the band | Getty Images

There is an Indian connect, too, with one of the collaborations being with General Zooz of the desi band, Reggae Rajahs. The Rajahs had opened the concert when UB40 toured India in 2017. “We grew up surrounded by Indian and Pakistani culture,” says James. “The influx of Indian and Caribbean immigrants in the late 1950s and early 1960s revitalised Balsall Heath. I remember the local cinema was suddenly taken over by Indians and started playing Bollywood movies. The films looked really glamorous because they were shot in technicolour and had that rich tone. The women were a little more voluptuous, too.”

The band has had more than 50 singles in the UK singles chart and has sold over 70 million records worldwide. Some might say that their raison d’etre is their politics. Right from their breakthrough debut single in 1980—’Food for Thought’—which expressed the group’s left leanings, UB40’s tracks have always championed social and political causes.

Their latest album, however, although full of upbeat reggae instrumentals and lyrical hooks, seems a departure from form. Whether it is House of Shem’s ‘Good Vibes’ or Tippa Irie’s ‘On the Road’, the songs evoke Tequila Sunrises, beach volleyball and date nights, a far cry from a rallying call for world peace. “That’s because these are the songs of our collaborators, not ours,” says Robin. “We haven’t changed at all. We are still singing about the same things we were singing about in the 1980s, because nothing has changed. Ultimately, it all boils down to inequality, the difference between the haves and the have-nots. That’s why we’ll never stop shouting. We’ll never stop being angry.” 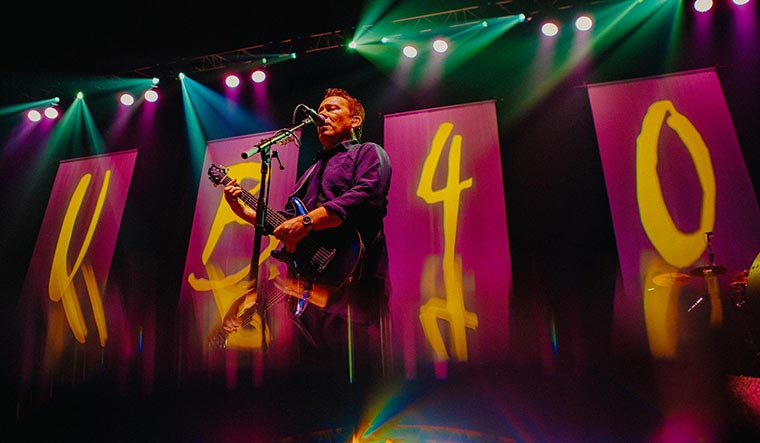 Ironically, some of their best songs, like the covers of ‘Red Red Wine’, originally sung by Neil Diamond, and ‘(I can’t help) falling in love with you’ are not protest songs. They are love ballads. “We don’t think love and politics are incompatible,” says Robin. “We all love, but we all have politics, too. The two are intrinsic to life. They are two sides of the same coin.” Despite the lyrics of their songs, UB40 is above all a dance band, known for their “hypnotic, mid-tempo groove”.

Both ‘Red Red Wine’ and ‘(I can’t help) falling in love with you’ had reached number one on the Billboard Hot 100. The band did not know that ‘Red Red Wine’ had been originally sung by Diamond. They assumed they were singing a version of the song by Jamaican singer Tony Tribe. In fact, even when they saw the writing credit was to ‘N. Diamond’, they assumed it was a Jamaican artist called Negus Diamond. UB40’s ‘Red Red Wine’ might not have had the street cred of Tribe’s version, but it was a breezy, energetic number that could uplift your mood, despite the doleful lyrics about a man drinking his woes away.

There might, however, have been times when the band wished they could drown their sorrows in their red, red wine. Like when it split in 2008, with founding members Ali and Mickey Virtue leaving the band. When Terence “Astro” Wilson also left in 2013, the three formed UB40 Featuring Ali, Astro & Mickey. And now, after suffering a stroke, lead vocalist Duncan announced his retirement last month. “With Duncan leaving, it feels like the end of an era,” says Robin. “But now we have Matt (Doyle, their new vocalist).” Matt says that when the offer was made to him, it was a no-brainer. “When UB40 comes knocking on your door, there is no way you don’t open that door,” he says. Now, the musicians are looking forward to their world tour next year. “Provided the Johnson variant of Covid-19 doesn’t play spoilsport,” quips James.