Antonio Banderas on his Cannes victory, love for theatre and dominance of OTT 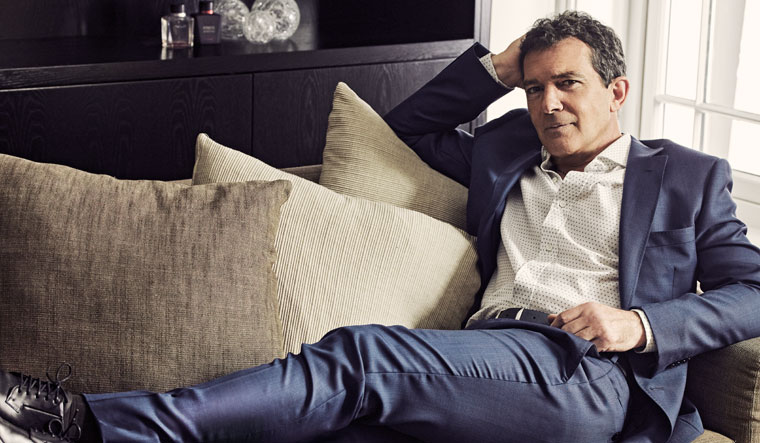 Antonio Banderas’s response to his most significant career accolade was a quick reminder that an actor’s life is not always full of red carpets and glitz. “We suffer a lot, we sacrifice, and there is a lot of pain behind being an actor of any kind. But there is also glory,” he said, after winning the best actor award for Dolor y gloria (Pain and Glory) at Cannes in 2019, a role that also won him his first best actor nomination at the Oscars.

He chose the same year to go back to his roots and to an undying passion—theatre. “Theatre is just me interacting with the audience, telling them a story. We will always be in the moment, together,” he says. After a foot injury at the age of 14 dashed his childhood dream of becoming a professional footballer, he turned to theatre and street performances, and eventually landed a spot with the Spanish National Theatre. These were tumultuous times in Spain, which was emerging from decades of dictatorial rule under General Francisco Franco. Banderas became a part of Spain’s La Movida Madrileña (the Madrid Scene), a hedonistic countercultural movement.

Banderas is proud of his roots. Just like Pablo Picasso, he was born and raised in Malaga, in the south of Spain. In 2019, Banderas launched an inaugural production of the popular 1970s Broadway musical, A Chorus Line, in Malaga. Banderas has turned Teatro del Soho, once a cinema, into a theatre as part of an envisioned makeover. “Technological evolution cannot change theatre. It will always be the same,” he says. With developments like the recent $8.45 billion Amazon-MGM deal, Banderas acknowledges that more changes are coming in the entertainment industry. But he takes comfort from the fact that live theatre will always be ‘in the moment’. 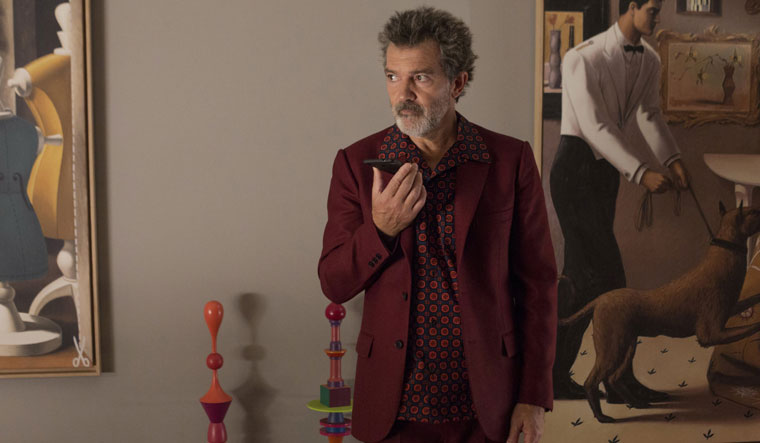 A still from Pain and Glory

Pain and Glory marked the eighth collaboration between Antonio Banderas and Pedro Almodóvar, one of Spain’s most accomplished directors. The duo have known each other for almost four decades. It was Almodóvar’s controversial Tie Me Up! Tie Me Down! (1989) that proved to be a turning point in Banderas’s career and catapulted him onto the global stage. “The biggest difference between Hollywood and European cinema is the size of the domestic audience. It allows Hollywood to embark on larger-than-life productions with fewer budget constraints,” says Banderas, who has straddled both the worlds with a blend of Hollywood blockbusters and arty European films, as he likes to call it. He is, however, quick to clarify that not all Hollywood productions are big budget spectacles. “There are many arty films produced in the US and many American legends like Woody Allen also work in Europe,” he says.

Almodóvar did not quite approve of Banderas’s move to Hollywood. The duo ultimately made up, with Almodóvar casting Banderas in Pain and Glory, a semi-autobiographical film about the life of a movie director. Banderas loves the idea of cinema within cinema. He cannot stop talking about his upcoming film, Competencia oficial (Official Competition), themed around actors competing with themselves, which is scheduled to release later this year. “It is mostly funny and also cruel in parts,” says Banderas. He stars alongside Penelope Cruz in this Spanish production helmed by two Argentinean directors— Mariano Cohn and Gastón Duprat. 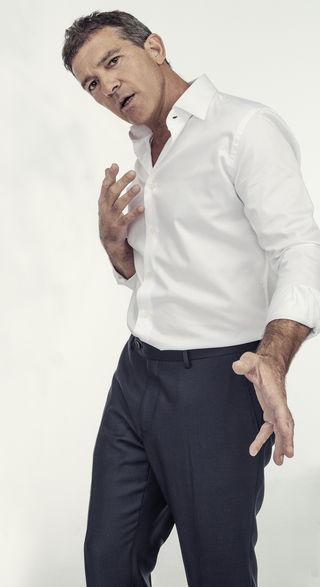 While most Indian audiences may be familiar with Banderas’s Hollywood films, many of us are unaware of his pathbreaking roles in Spanish cinema or his achievements as a movie director. Banderas was also one of the first Hollywood stars to launch his own line of fragrances in the 1990s, when celebrity perfumes were not as commonplace as they are in a post-Instagram world. “It is the creation of something out of nothing that has been the most interesting aspect of my fragrance line,” he says. “It is not just art that allows you to do artistic things or find an artistic purpose.”

He has teamed up with another Spanish superstar—Mario Casas—to promote his newest perfume, Icon, that has just been launched in India. He says that he is involved in the marketing of his fragrances, but leaves the actual creation to seasoned perfumers. “It is interesting how these perfumes have drawn from my personality and my journey as an actor and all the characters I have played,” he says. “They just take all that and put it into a bottle. The perfumes have also become more complex as I have aged.”

Just like all conversations post 2020, this one eventually drifted to the pandemic. On August 10 last year, Banderas tested positive for Covid-19 on his 60th birthday. He believes that the pandemic has changed the dynamics of the entertainment industry worldwide. I tell him about how La Casa Papel (Money Heist) became a Netflix sensation in India during the lockdown, and how I still have not stopped sharing recommendations of Malayalam films with friends around the world since the pandemic began.

“The globalisation of visual spectacles is truly on,” he says. He is particularly excited about the opportunities OTT platforms have created for regional cinema, including Spanish movies. “They are creating new audiences as well as jobs, but we have to be careful that we don’t lose quality film-making in the process,” he says, adding that the pressure is also on the audiences who need to be more selective about what they watch. “The next decade is likely to be the most exciting for the entertainment industry,” he says. Banderas is in a good place now and sanguine about the future. He is clearly sticking to his 60th birthday resolution to continue making plans with enthusiasm.