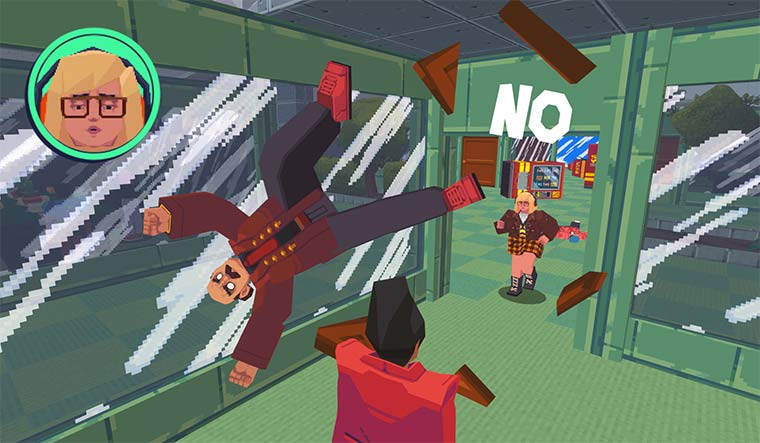 A screenshot from Say No! More

If upon death, your life flashed before your eyes, which moments would you want to linger on the longest? Would it be your first beach trip or the moment you discovered your life’s calling or a heartfelt interaction with someone dear?

GoodbyeWorld Games' first-person narrative adventure takes you through the brief existence of Benjamin Brynn, a gifted piano player who dies at the age of 11 and is taken to the afterlife where his life flashes before his eyes. The catch is that you are in charge of the experience, and not with your hands on a keyboard, but with your eyes.

Courtesy of a webcam and a little calibration, Before Your Eyes derives its gameplay entirely from you blinking. Every blink takes you forward one flashback at a time in Benjamin’s life, from five minutes to even years at a stretch.

While initially, you may blink just to progress the plot, over time as you find yourself in wholesome memories, you feel your eyes water as you struggle to keep them open. Rather than making you witness a simple montage of the emotional rollercoaster that is his life, Before Your Eyes puts you in the director’s seat with simple yet powerful gameplay and narrative technique.

It is telling that in 2021 some of the most powerful forays into videogame storytelling came not through the complex and elaborate game designs of AAA titles like Cyberpunk 2077—which gives players a myriad of choices from running and gunning to dialogue and character customisation—but titles like Before Your Eyes, where all you can do is blink, or Say No! More, where all you can do is say “No!”.

While the heart-wrenching plot of Before Your Eyes can teach you to appreciate the life you have, Say No! More by Studio Fizbin may help you actively improve it. Marketed as the world’s first NPG (No!-Playing Game), the gameplay revolves around an intern thrust into a toxic workplace, where people constantly burden you with tasks or questions, but the only thing you can reply is “No!”. In what is a rather sardonic take on tackling “yes-culture”, the game is the gamified equivalent of a self-help article teaching you the value of saying no to things.

Boss asks you to make him a cup of coffee? An acquaintance asking you to pay his rent? Just say no! It is all you can do in the game anyway. You can select what language you say no in from a growing list of tongues—the developers will even donate €100 to an anti-bullying charity for every voice pack sent in by players willing to record “no” in their native tongues.

Both games may seem like they have simple, and maybe even silly, premises. But the result proves both uplifting and profound, utilising minimal gameplay for maximum storytelling.