Survival of the smartest 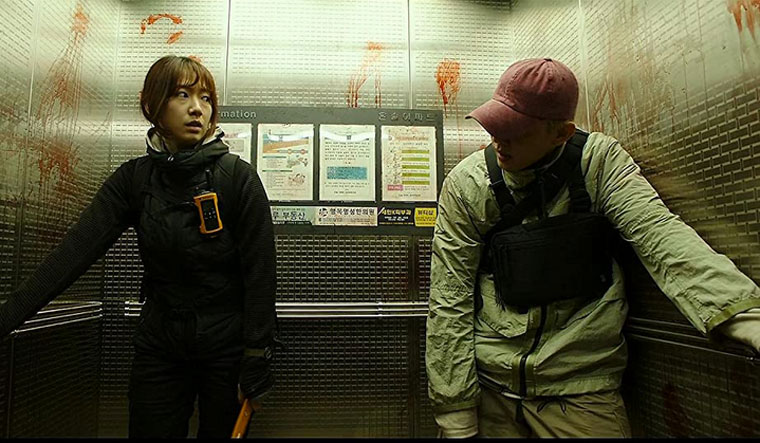 Joon-woo, a teen gamer, wakes up one morning to total madness around him. There is a zombie outbreak, and he is trapped at home. His parents are away, and he seems to be hardly equipped to deal with his daily affairs, let alone a zombie apocalypse. His only access to the outside world now is through social media, but soon the connectivity, too, is lost. Joon-woo’s plight reminds you of the early days of the Covid-19 lockdown, when everything around us appeared bleak.

The teenager has supplies that will last only for a few more days, and soon, water runs out. Lonely and desperate, he decides to end his life. Until some semblance of hope reaches him in the form of another youngster, Kim Yoo-bin, who, too, has been trapped in the opposite building. The two begin to communicate, and realise that they have better chances of surviving if they join forces.

Directed by Cho Il-hyung, Alive is not just another zombie apocalypse affair, although the movie faithfully ticks all the tropes of a zombie flick. Hailed as a movie tailor-made for our times, Alive is essentially a tale of survival, hope, and companionship, much needed when the second wave of the pandemic is forcing people to stay indoors once again.