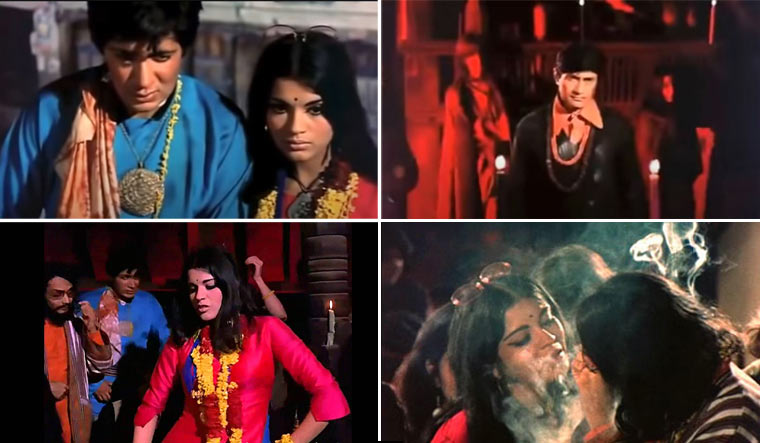 ‘Dum Maro Dum’ almost never happened. And for three women associated with the song—which went on to become a cultural touchstone in the history of Indian cinema—it must have felt like a near-miss.

The year was 1971 and the cult film Hare Rama Hare Krishna, starring Dev Anand, Mumtaz and Zeenat Aman, released a song into the world which would precisely capture the spirit of the new-agers intoxicated with the hippie counterculture. A 20-year-old Aman, crowned Miss India Asia Pacific in 1970, was two films old—The Evil Within and Hulchul. Both had been flops. According to reports, she was planning to return to Germany with her mother when a chance encounter with Dev Anand at a party convinced the actor-director of HRHK that he had found his Jasbir/Janice—a runaway girl seeking freedom in the company of hophead hippies in Nepal. Usha Uthup, then a young, up-and-coming nightclub singer waiting for her breakthrough, was offered the song as a duet to be sung alongside Asha Bhonsle. But it later became a solo with Uthup lending her voice for the chorus.

And for one of the leading playback singers of the day, Bhonsle, the radically refreshing song was almost dropped overnight. “I only had this one song in the entire movie and from what I heard, a certain executive in the record company, HMV, was not in favour of the song,” says the 87-year-old over email. “When I heard that Mr Dev Anand was planning to remove this song from the film, I frantically called him in the middle of the night and requested him to retain it. Thank God he listened to me! I remember him saying ‘Agar aap chahiti hain to main gaana zaroor rakhoonga. Yeh mera vada raha’ (If you want the song to stay, then I will keep it. This is my promise). It was composed for me [specifically]. Pancham (R.D. Burman) was very clear that it would be sung only by me.” Bhonsle went on to marry Burman in 1980. There are many anecdotes of home-run hits, misses and myths around this one song whose intergenerational resonance was almost a foregone conclusion. It all started in February 1970 when Anand was attending the wedding of Nepal’s crown prince Birendra as a royal guest in Kathmandu. One evening, he was at an inscrutable joint called The Bakery with a German documentary filmmaker when he spotted the “long-haired brown girl... enjoying the sweet smell of marijuana” amidst a sea of white revellers. Alternately intrigued and charmed, he tracked her down to find out her backstory and learnt that Jasbir had transformed herself into Janice in Kathmandu after her estrangement from her mother in Montreal. That is when he hit upon the story for Hare Rama Hare Krishna; the first draft of the script, written at the Fish Tail Lodge in Pokhara, was ready in three days. When he came back to Bombay, the search for the actors and singers began. 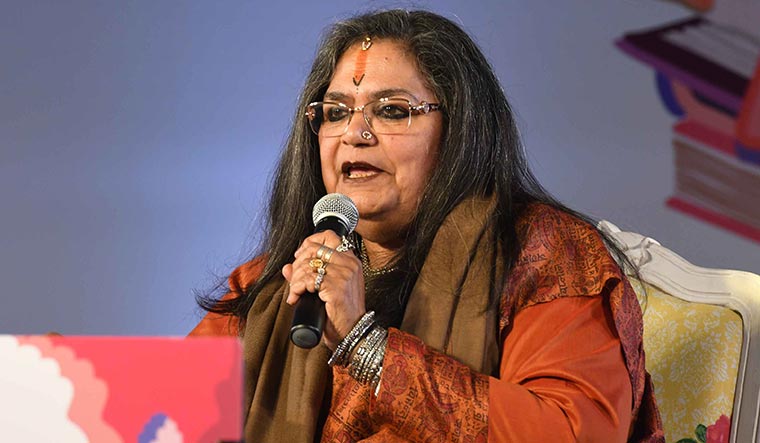 “The funny thing is people still think it is my song. That I sang it first,” says Uthup. In her powerful jazzy drawl, she hums the English verse of the song, ‘I love you’, which Burman eventually gave her to sing. “There is not a single show in the last 51 years where I have not been asked to sing it for the crowd,” says Uthup. She remembers how she had gone with her father for the rehearsal of the song to Famous Studios in Bombay and how happy Anand was with her singing. 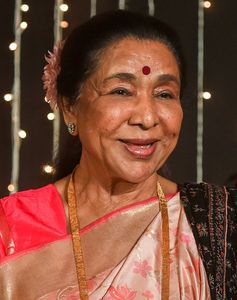 But when the follow-up call did not come for a week, was she angry? “I don’t remember being angry at all,” she says. “I was sad. I was very young, just 22. There was no question of me being in a rat race. I love Asha Bhonsle’s style of singing.”

Perhaps the most important face of the song remains Aman, the timeless glamour queen of Indian cinema. At 69, she is set to appear as Sylvia in a Zee5 murder mystery called Margaon: The Closed File, directed by Kapil Kaustubh Sharma. Her memories of shooting for the song in Kathmandu are still vivid. “I was a young actor on the threshold of a budding career. There were several of us newcomers in the film, and we had been waiting with great anticipation to film our parts,” recalls Aman over email. “Dev saab, energetic as ever, had gathered a group of hippies at the location, Bhaktapur. A chillum was being passed around. He placed me in their midst and asked me to go with the flow. So that was a real chillum I was inhaling.” Having recently returned from studying in Southern California, at the height of the hippie movement there, Aman had a fair idea of what to emulate. And she did.

Singer Anushka Manchanda, former member of the Indipop girl band Viva, which was India’s answer to Spice Girls in the early 2000s, sang a contemporary version of the song in 2011. While Manchanda felt no fear about taking on a song with such historical heft, she does think that an “OG” (original) always remains an OG and no one can outsmart that. “The lyrics by Anand Bakshi are quite hard-core. It is bold and unapologetic and that is why young people will always like this song. It tells you to forget the bullshit and just chill,” she says with a laugh. She feels that no one other than Aman, who was taking on roles that others stayed away from, could have played the part.

Bhonsle also considers herself a rebel. She started a video series last year to recount the stories behind some of her yesteryear hits. “Check out the lyrics in one of the stanzas of ‘Dum Maro Dum’: Duniya ne humko diya kya…. (What has the world given us?) I think this resonates with every generation. I have always been a rebel and that is why I could breathe life into the lyrics,” says Bhonsle, who was running a high fever when the song was being recorded. “I feel proud that one cannot hear my ill health in my voice. I suppose I created a different kind of fever.” She adds a smiley emoticon after this line.