A paranormal twist to the world of Sherlock Holmes 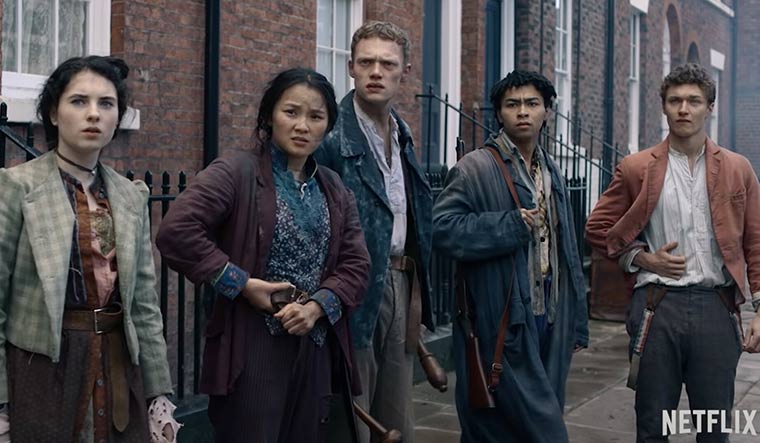 The Irregulars- Available on Netflix

The fascination with all things Sherlock Holmes can draw us to almost any spin-off, parody or pastiche even remotely resembling Sir Arthur Doyle’s famous works. So, when Netflix announced the release of The Irregulars, Holmesians pulled out their magnifying glasses and test kits to scrutinise the latest offering.

The series is loosely based on the Baker Street Irregulars; Holmes himself called them the “street Arabs”. The Irregulars appear in the very first Holmes story—A Study in Scarlet (1887)—and in at least two others. In this show, it is a mysterious Dr John Watson who employs a group of orphans to scour the underbelly of Victorian London that is falling apart because of strange supernatural events.

There are eight episodes. The first half of the series sees the teenagers solving crimes by a new “monster” in every episode, while the second half ties it all to show why a dark force was breaking the barrier between the living and the dead.

As one character puts it, “Dealing with special crimes, we have to recruit specialists.” The group, led by the headstrong Beatrice (Thaddea Graham) and reliant on the “special powers” of Jessica (Darci Shaw), fight to prove themselves to the privileged.

The concept is interesting and the narrative, gripping. Yet, poor writing seems to make the plot predictable and riddled with inconsistencies. The kids seem to solve the cases way too easily, too. There is less emphasis on the details of cases and more on the lives and loves of the teenagers.

Dark and occasionally disturbing, The Irregulars initially gives a vibe of Guy Ritchie’s Sherlock Holmes (2009). Except in this case, the paranormal events do not have a rational, natural explanation. The writers were probably inspired by Doyle’s keen personal interest in the occult and seances, a lesser-known fact about him.

There is very little in the show for fans of the books. The characters bear little resemblance to Doyle’s originals. Sherlock is reduced to a mystical figure and then a tormented man for most parts of the show. Then again, it is a show about the children. And all of the young actors give strong performances.

So, does The Irregulars pass the test of approval? If you are looking for a cerebral detective series, skip it. Else, it is a fun watch.