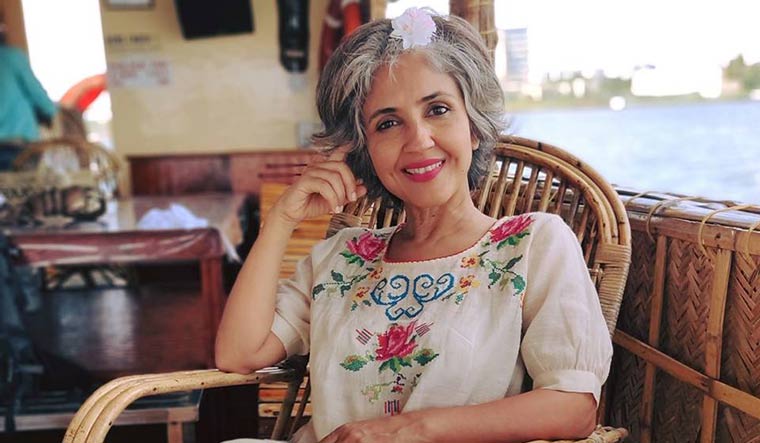 Someone once said, “Dying is easy, comedy is hard.” But it takes a special kind of skill to deftly make the two tango in a screwball murder mystery. Anuja Chauhan, in her sixth outing as a novelist, effortlessly achieves this delicate balance in Club You To Death.

Her sparkling narrative prowess takes readers on a breezy ride through Delhi’s high society shenanigans played out in a doddering old exclusive club—“the capital’s oldest and finest”. At the Delhi Turf Club (DTC), perfectly manicured Zumba aunties giggle and glad-eye their heartthrob of a gym instructor who “bench-presses like a beast” and has a wildly popular YouTube channel called ‘Lose it with Leo’. Pot-bellied husbands regard the muscled charmer as nothing more than a “bloody PT master!” But one morning when Leo is found pressed under a barbell stacked with plates weighing 120kg—a day after he punched a belligerent uncle at the club’s bumper tambola—the posh and pristine DTC starts to come undone, revealing its web of dirty secrets and noxious class politics.

The book opens with the Dogra family cringing about the shameless canvassing by club members for the upcoming DTC elections. Soon we are led to boisterous scenes from the kitty party game of tambola at the club lawns, where we are first introduced to the ravishing Leo before he is bumped off. Investigating cops discover that the darling body-builder’s protein shake was poisoned with a trending drug cocktail called Pinko Hathni, which can make one fantasise about copulating gorillas. No one is spared scrutiny at the hands of a genial, not-so-Dabangg ACP Bhavani Singh and his uptight sidekick who is mostly distressed about finding the right girl in an arranged marriage. Estranged childhood sweethearts—rich and perky Bambi Todi, and suave and successful Kashi Dogra—get a chance to rekindle their relationship as they help the cops gain inside access to question an uproarious cast of finely-etched characters. Chauhan’s firm grip on north India’s anarchic slangs combined with her impeccable comic timing offer some very punchy dialogues as demanded by Club You To Death.

From Karishma ‘Cookie’ Katoch with her business of Swarovski-studded Shiva Lingams to Lt General (Behra) Mehra who never fails to gloat about how he turned a deaf ear to his superiors while taking on the “Pakis” at the LOC, to Mukki Khurana who struts around in in an ensemble which includes suspenders and a cravat around his podgy neck, to Leo’s devious friend and porno-addict Randy Rax who gleefully eyes ladies of the “Delhi Turd Club” at a funeral service, Chauhan rounds up a stellar line of caricatures as possible suspects, cleverly laying bare their hypocrisies and entitlements.

And the book really does make you chuckle. It is quite evident that the comedic crime fiction was born out of being trapped in our own little bubbles last year. It implores you to stay indoors, hit the couch and stop fretting. And lose yourself in a wicked, wisecracking world which Delhi denizens will all too easily recognise as vividly real. 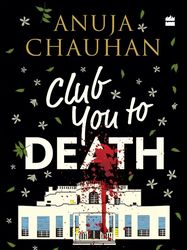 Club You To Death