Hollywood actor Matthew McConaughey bares it all in his debut book 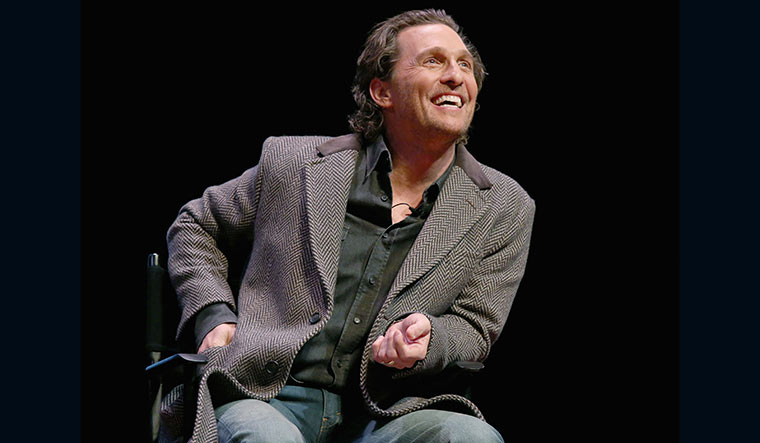 It is Cinderella hour on a weeknight, and Matthew McConaughey is on a Zoom call, fully shirted. There have been very few actors who have been shirtless on screen as many times as McConaughey.

Post pandemic, the world has changed, and travel has reduced. Stars are the ones in the sky, and now midnight phone calls from a Hollywood actor can happen in the comfort of a home a continent away—where Texas is shivering and Delhi is beginning to feel the heat of summer.

McConaughey has a new book out—Greenlights—his first. A memoir, it is like no other celebrity reminiscing. He writes openly, often with raw honesty about growing up. His first introduction to his parents is the messiness of their lives—twice divorced and thrice married to the same person. 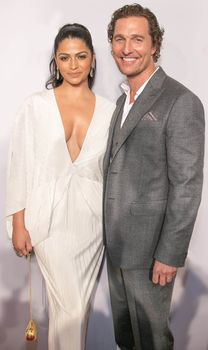 He recounts an incident of his father stalking his mother for not getting a hot meal. “It was on. My brothers knew the deal, I knew the deal,” he writes. “Mom knew the deal as she ran to the wall-mounted telephone on the other side of the kitchen to call 911.... As he closed in, Mom grabbed the handheld end of the phone off the wall mount and raked it across his brow. Dad’s nose was broken, blood was everywhere.... They circled each other in the middle of the kitchen, Mom waving the twelve-inch blade, Dad with his bloody broken nose and snarling incisors....” His father threw ketchup on his mother and finally as they stared at each other, they moved “towards each other and met in an animal embrace. They dropped to their knees, then to the bloody, ketchup-covered linoleum kitchen floor… and made love. And a red light turned green”.

There are deliberately no filters, and his good, old-fashioned Southern drawl leaps off the page even while you read it. There is no pretence, the book opens with confession, such as him being molested at 18 by a man while being unconscious in a car, bribing for sex and about resisting arrest as he played bongo drums naked in his house.

“It is all a love story, even the ugly stuff,” says McConaughey. “It is all a part of the love story. It wasn’t hard, it wasn’t, ‘I have to go deep to share that.’ My family is transparent about those parts of our lives. We all still retell those stories at dinner. My family doesn’t want to brush any of those stories under the covers. They are not trying to hide those. I have never gone out and shared them with the world, but I mean, when I did, my family is fine with it. They understand it is part of the beauty, of how we see life, how I see life. It wouldn’t have been as much fun or true to not share those. I see it as a love story.” 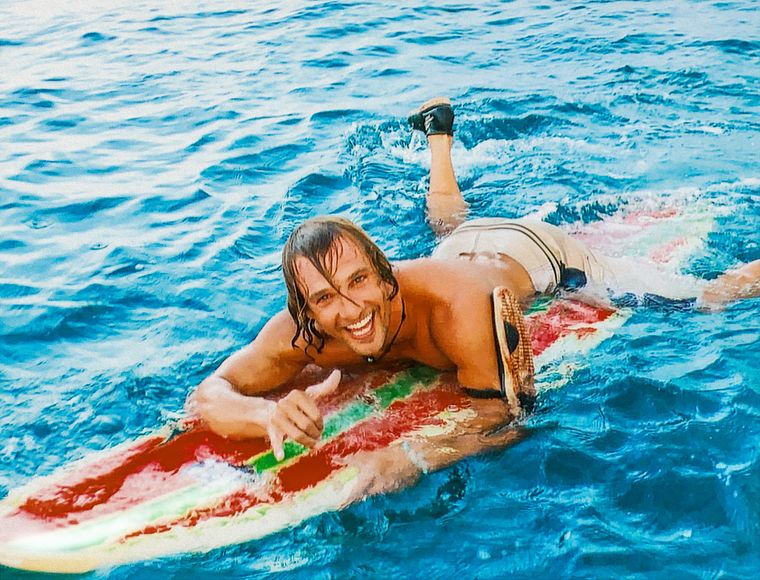 There is no shying away from the messy; McConaughey bares it all. He writes about his strained relationship with his mother when he became a celebrity. “She wanted a piece of my fame,” he writes. “It was a woman who was more enamoured with my fame than I was.” His fear, his doubts, his self-searching—a lot of it without clothes and diving into nature—is all there to read. 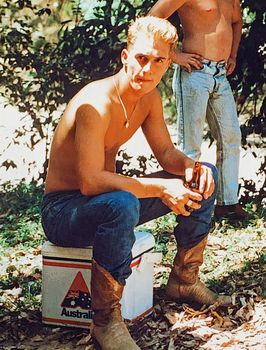 So, was it hard? “It was actually the easiest thing,” says McConaughey. “It is ironic because that is what so many people say, ‘What I love about your book is how brutally honest and vulnerable you are.’ This is the truest extension of me. I didn’t want filters.”

The book is also about learning—note-taking is serious for him. Even in the course of the 25-minute interview, he opens a notebook and jots down thoughts. He has been writing since he was 14. “Recently, I worked up the courage to sit down with those diaries,” he writes. “I found stories that I had experienced, lessons I learnt and forgot, poems, prayers, prescriptions, beliefs about what matters and a whole bunch of bumper stickers.”

More than just a glimpse into his life—while his story propels you forward—it is a little book of wisdom, philosophy and “wise words”, as Pico Iyer, writer and now fellow philosopher tweeted. It is not every day that Iyer chooses to tweet: “I have always gotten away with more in life than in my dreams”—the Stoic philosopher Matthew McConaughey, in his book of apothegms and wise words.” And like The New York Times bestseller list, on which McConaughey has been for 17 weeks straight, the tweet is an acknowledgement that Greenlights is not just fluff.

But more than everything else, it is a great story. And, McConaughey is adept at telling it engagingly; he is a raconteur. “You had to be a good storyteller in my family to get a word in at dinner because my dad would tell a great story, my older brothers would tell a great story, even my mother could tell a good story,” he says. “I was the youngest. If I found a bit of a pause in the conversation, I wanted to interject myself. It was a daunting task. I knew I better be good. Because if what I was saying wasn’t propelling the story, or if it wasn’t a good story that caught everyone’s attention, they would just move me and bowl over me.”

There is distilled wisdom on relationships. He describes the honeymoon period thus: “It’s a 120-watt bulb that burns too hot to last.” To people, McConaughey’s Greenlights is not a self-help book, but really ideas about life. He uses the metaphor of traffic lights, red to reflect and green to press on the gas, to offer a perspective to live life.

The story is propelled ahead by his life—from his Australia stint, when he stayed away from his family for a year, living in a tiny town with a family who were the town crazies; his father dying when he was making his first film; his break and his finding his feet and choosing to go beyond to find the right kind of discomfort.

He writes about wanting more—reinvention and redefining success constantly, which is what he did when he chose to move beyond the easy—to his Oscar win for Dallas Buyers Club. He turned down dozens of offers for romantic comedies. The offers went higher—from $8 million to finally $14.5 million. He kept turning it down. “I didn’t lose faith that I was going to be okay. I just didn’t know if I was ever going to work in Hollywood again,” he says. “So, after about 15 months with no calls, I started to get a little comfortable with the fact that ‘Oh that you may never work as an actor in Hollywood again, but will find purpose in something else.’ That’s when I started to think about careers, to become a high school coach, a teacher, an orchestra conductor. As time went on, when I was getting no roles or no offers, the deeper I got. Also, strangely enough at 20 months when the offer did come, I was most confident that I would find something else to do in life. That’s when life came back and said now. There is some serendipity in that.”

And, he will continue to pen his thoughts. “I shall still write. But who am I going to be with zero filters in life? I believe it is somewhat a teaching leadership position,” he says. “I have been discussing with people, people have been discussing with me. Politics. I don’t know whether that is my category. Because I need to be a certain amount of free agent. With politics, you lose a lot of your free agency. They have to redefine their purpose.”

McConaughey is one of the few actors who wears his faith comfortably on his sleeve. “I have thought about ministry,” he says. “That really excites me. I am a bit of an evangelist. I love to evangelise ideas. I think this book is an evangel for approaches, just even perspective. I think I have been given a gift and would love to work on it. I have been told I can inspire people. I am still working on learning.” 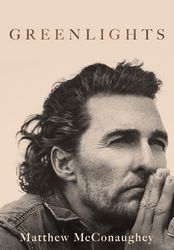