Mohanlal is clueless about the essence of his mass appeal 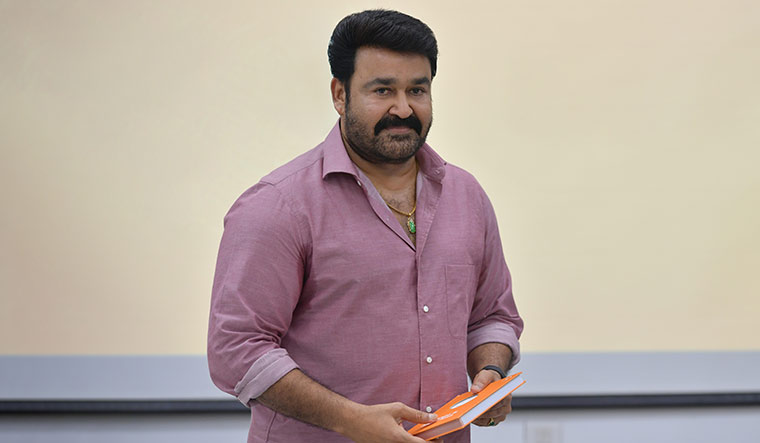 Georgekutty is back. And how. In a rollicking sequel to the super-hit Malayalam crime thriller Drishyam (2013), Mohanlal reprises the role of the affable cable TV operator (who is now a theatre owner) who will go to any lengths to protect his family. It was not easy to make the film during the pandemic. “We followed every government protocol,” says the actor. “Everyone on the set was wearing gloves and masks except the actors, which put us at high risk. The smallest headache or cough would trigger fear. Still, when we heard, ‘start, action, camera’, we forgot all that and gave our best.”

And it has paid off. Drishyam 2 that was released on Amazon Prime Video on February 19 has been getting rave reviews, with the Malayalam superstar’s army of fans coming out—all guns blazing—in adoration and praise of his performance. With good reason, too. Mohanlal delivers a flawless performance of a deeply flawed character. It is clear as the film progresses that Georgekutty is not the complacent man who seems to have forgotten all about his ‘perfect crime’ six years ago. But then, who is he? He has been putting on a front for so long that it is difficult to understand the man behind his alter ego. The actor himself admits to not fully understanding his character.

“When we planned Drishyam 2, I first began thinking about what I should concentrate on,” says director Jeethu Joseph. “Since it was a continuation, I wanted it to be organic. How would the characters be living years later? How would they be dealing with their inner demons? How does society view them? I explored all angles. The character of Georgekutty is an ordinary man with a touch of the extraordinary. He is a fighter. I wanted to maintain that. Every actor, when you give them a character, would harness their life experiences and mould themselves to that character. Lalettan (Mohanlal) must have done that. He instinctively understands what I need from him and what the role requires. Unlike some of the newer actors, he does not question me too much about the character, but intuits it, maybe because of his experience or maybe his talent.”

There has been some criticism, too. Especially of the plot being too unrealistic, but Mohanlal brushes it off lightly. “What can I do about it now?” he asks. “The film is made. We cannot now go and reshoot the unrealistic parts. Besides, is not cinema all about make-believe?” And that is just it. The consummate actor that he is, Mohanlal takes you into the land of make-believe and then makes it believable. In that way, the actor is much like his character. It is difficult to get to the core of them both, but the mystery only adds to the appeal.

Surely, his prodigious talent alone cannot have been the reason for him retaining his superstardom for over 40 years. Could it then be his versatility? From the harassed house owner of Sanmanassullavarkku Samadhanan (1986) to the eccentric doctor of Manichitrathazhu (1993) to the lovable detective of Nadodikkattu (1987) and its sequels, it is difficult to understand where Mohanlal ends and the character begins. Or is it his deep understanding of the human psyche? Like the way he brings out the turmoil in the minds of some of his iconic characters like Neelakandan of Devasuram (1993) and Sethumadhavan of Kireedam (1989). There are so many scenes from his movies seared into the minds of Malayalis—licking the shoe of a British jailer in Kalapani (1996), weeping over his father’s body in Spadikam (1995), handing out imaginary ‘Singapore dollars’ in Kilukkam (1991).

The actor himself claims not to know the essence of his appeal. “I do not think about those things,” he says. “I wake up in the morning, go to the set, give my best and come back. I do not lose sleep over how I have evolved as an actor or how my career graph looks. That is for others to judge.” So does he re-watch some of his cult movies of the past? “Only when they play on TV,” he says. “Sometimes I watch them and feel sad about how many people in those films are now no more. I remember them so fondly. I hope when I go, people will remember me like that.”

But when you become as big a star as Mohanlal—he has won five national awards and nine state awards—there is always the risk of sinking in the quicksand of your own stardom. Mohanlal almost did so in the 2000s, with a slew of larger-than-life, mega-macho roles in movies like Praja (2001), Onnaman (2001), Thandavam (2002) and Chathurangam (2002). Most of them tanked at the box office, and he was forced to do some soul-searching. After that, he seemed to be experimenting a lot with his roles. Some worked, some did not. But along with Malayalam cinema’s other superstar, Mammootty, Mohanlal’s popularity only grew. When asked whether he has ever wanted to do any of Mammootty’s roles, he quips. “Yes, all of them.” And then answers on a more sober note. “He has done some brilliant cinema, but I have never felt like they were meant for me. Every movie that I have done, it is not like I hankered after it. It came to me and I did it; that’s it. That is the case even with all the recognition and awards that I have received. I accept them, I feel happy about them, and then I let it go.”

There probably comes a point in every artiste’s life when they question themselves and their craft. What is it that makes them tick? Who are they performing for? There was a time when Mohanlal tried to be the demigod that his fans made him out to be, to disastrous effect. That is why the Drishyam films are so appealing. In them, he does what perhaps gives a performer the greatest sense of purpose: staying true to himself.