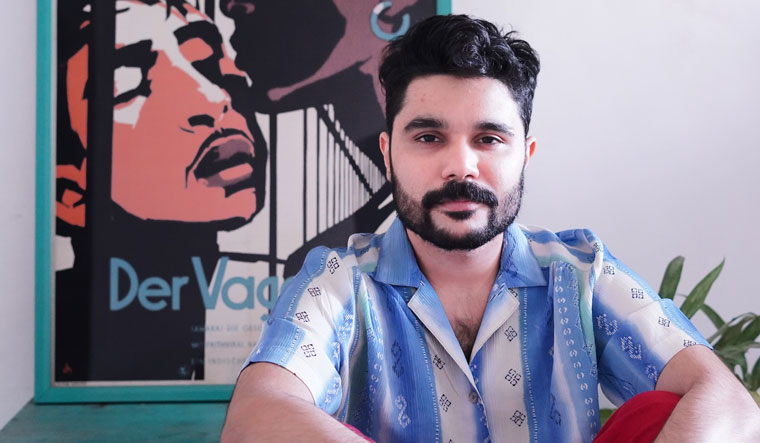 Bakshi next to the East German poster for Awara

Film posters inadvertently reveal a lot about the country where they are made. Take Japan, for example. It has a splendid tradition of eccentric posters. The fact that Japanese posters of Indian films often bear little resemblance to what the films are about only adds to their charm. Take the Japanese poster for Anjaam (1994), starring Madhuri Dixit and Shah Rukh Khan. It is gloriously chaotic, with a fire-breathing goddess framed by skulls, lotuses and frightening birds.

And it is not just Japan. Russian posters of Indian films from the 1970s, 1980s and early 1990s have “really abstract and avant-garde art,” says Jahan Singh Bakshi, who has collected more than 150 foreign posters, including 50 physical copies from around the world. His Instagram page, Posterphilia, where you can find images of all the posters, has 12,000 followers. “Sometimes you see the posters and you're like, What? For this film? Really? Like the Thai poster for Salaam Bombay (1988), which is lush, floral and colourful, very unlike the tone of the film.” According to him, American posters are the most boring and text-heavy.

Bakshi says he had no idea that so many foreign posters existed for Indian movies. “There were a few obvious ones of Satyajit Ray films,” he says. “And some Raj Kapoor ones. But the others, to my knowledge, had never been documented. So often, the filmmakers themselves are not aware of them.” Now he wants to do in-depth research to get more cultural context on these posters and collate them into a book.

Bakshi, a film subtitler and creative marketing consultant who has worked on films like Masaan (2015), Lipstick Under My Burkha (2016) and Newton (2017), finds these posters online “through a chain reaction of searching”. Sometimes, they are on websites that are not even in English. “Occasionally, I might find a Russian poster that definitely looks like it is for an Indian film,” he says. “Then I type out the Russian title and reverse translate it to find a match. Once, I saw this Russian poster of a man with a noose around his neck, with a glamorous cabaret dancer in the foreground. He looked a lot like Guru Dutt. It turned out to be a poster for Aitbaar, the 1985 Hindi remake of Hitchcock's Dial M For Murder, starring Raj Babbar and Dimple Kapadia.”

There are certain prominent trends in these foreign posters. One is the obvious touch of exotica. The British poster for The Lunchbox (2013), for example, featured chillies in bright pink, orange and red, although the tone of the film was sombre. In others, the heroine is magnified, as her beauty and glamour are a big draw. In the Japanese poster for Om Shanti Om (2007), (“which out-blings the Indian version with oodles of glitter, a floral border and lots of tiny details”), Deepika Padukone stands out like a “shimmering goddess”. Sridevi dominates the Russian poster of Mr India (1987) with Anil Kapoor rendered as a tiny figure in the background. 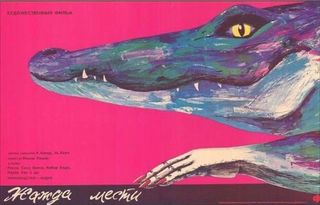 Some of Bakshi's favourite posters include a “completely original and very expressionistic” East German poster for Awara (1951), which he bought from a seller in Germany; a Hungarian poster for Nishant (1975) which features a huge portrait of Shabana Azmi with dragons wrapped around her face; a Czech poster for Apur Sansar (1959), which bears an uncanny resemblance to a Jamini Roy painting; and two Russian posters for Khoon Bhari Maang (1988), one in hot pink with a crocodile with painted nails and another, a close-up of Rekha with a serpent like a maang tikka on her forehead.

Bakshi has scoured the internet so many times for these posters that he feels he is nearing the end of what is available online. “I have written so much about posters that when I search for something, my own articles keep popping up,” he says with a smile. “Still, I keep checking auction sites. I want to reclaim this legacy which will be lost if someone does not document it.”