FAU-G forgoes fun and gun for patriotic fervour. A multiplayer update is much-needed 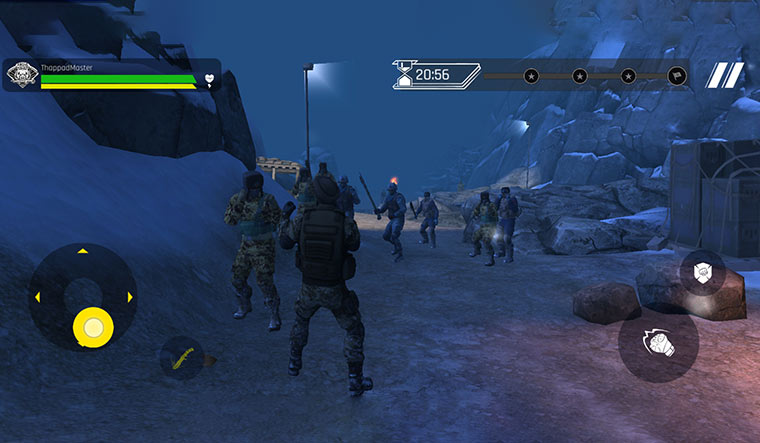 After PlayerUnknown Battlegrounds: Mobile (PUBG: Mobile) was banned in India, Fearless And United - Guards (FAU-G) was announced, touted by Akshay Kumar as a beacon of Atmanirbhar Bharat in desi game development. Twenty per cent of money spent on in-app purchases go to the Bharat Ke Veer fund. In FAU-G, you play as the head of an elite Indian fighting unit thrust behind enemy lines after the stand-off in the high-altitude Galwan Valley.

Despite the rhyming name, developers nCore Games stressed that FAU-G would be no PUBG clone. Rather than being a shooting game, it seemingly respects the rules of engagement (RoE) that Indian and Chinese troops adhered to during the battle at Galwan Valley. That is, all the fighting is in the form of fisticuffs, with the occasional crude weapon thrown into the mix.

The problem is that FAU-G has taken only one aspect from PUBG: Mobile, and that is the weak melee combat system. There is only one button to attack, and mashing it is the only way to beat your enemies. Every fight feels the same as the last, as the weak enemy AI and shoddy controls detract from the normally fun third-person brawler format.

Chinese soldiers, once hit, will not retaliate if you keep smashing the attack button. They do nothing as you bludgeon their comrades to death, provided you do not bump into them during the process—like in action films, the enemy prefers to take you on one-at-a-time rather than all-at-once. However, the game does not let you pick your opponent—in the midst of punching one hapless enemy, you might suddenly swing at another, giving you two opponents instead of one.

After growing bored of the combat, I found out that FAU-G is at its most fun when you break its mechanics.

All characters, including your own, assume a fighting stance when near an enemy: Preventing you from running, but also restricting all opponents to the same pace. While in this pose, if you hold the block button and circle around the enemy, you can hop backwards through their camps with the Chinese soldiers in tow—like a Bollywood dance number with dozens of Chinese soldiers posturing as your posse.

The soldiers lose interest in you the moment you leave their camps, allowing you to run to the next one. While this would have been a fun and non-violent way to clear the game, sadly, you cannot clear objectives without beating up all the soldiers in an area. Back to the grind.

A clunky time-limit system gives you only 25 minutes to clear your objectives—not enough time to beat everyone up and recover your health as well. Worse, every soldier you defeat dramatically falls in slow motion. This gets old real quick.

The game has scope to grow, promising multiplayer Battle Royale (like that of PUBG’s) and Deathmatch modes in the future. Guns are an inevitability in such formats, and hopefully, their gameplay will be more fun than the single-player campaign mode.