The appeal of Korean dramas peaked in India during the pandemic 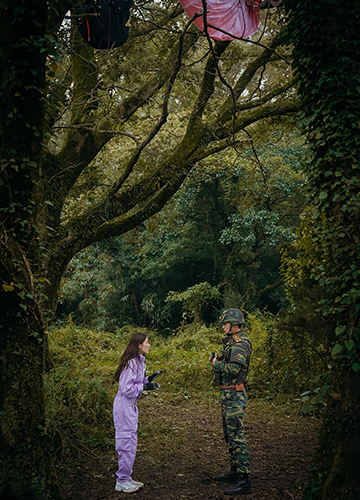 Bridged by love: A still from crash landing on you.

They say a society’s humour reveals a lot about itself. If that is so, then the Korean drama, Crash Landing on You, which premiered on Netflix in December 2019, reflects a country that knows how to see the lighter side of things. Crash Landing on You is about the romance between a South Korean heiress, Yoon Se-ri, who crash lands in North Korea after a paragliding accident, and a North Korean soldier, Ri Jeong-hyeok, who gives her refuge.

The series had the highest ever ratings in Korean cable history and featured on Netflix India’s top 10 list. In a nuanced manner it shows the complex dynamics of the relationship between the two Koreas, and the gulf that divides them, without being moralistic or taking itself too seriously. You cannot help but smile when, despite the gravity of her situation, Yoon asks Captain Ri for “scented candles” for her bath, or when a North Korean lieutenant misses his commander’s orders over radio because he is too engrossed in a South Korean soap. From the grim and graphic world of Hollywood, K-dramas offer a refreshing change.

“I started watching K-dramas in college almost 10 years ago,” says Anjitha Cherian, who works with the Indian Railways and is an avid fan of all things Korean. “We used to get it on pen drives from our seniors. They were so different from the excruciatingly dramatic saas-bahu shows from India. The synergy between different elements—the script, the casting and the soundtrack—is brilliant. Unlike Indian shows, K-dramas are only 16 to 24 episodes long. Since I first started watching them, K-dramas have evolved a lot, especially the cinematography whose progression can be compared with that of the South Korean economy. From sci-fi to fantasy to noir, there are K-dramas in every genre.”

Cherian says her favourite K-drama is Mr Sunshine, which is about Korean independence fighters in the early 1900s. She has been learning Korean for four years now because she feels it is a language that lets her express her emotions beautifully.

Korean culture started gaining popularity in India during the 1990s, as part of the Korean cultural wave called Hallyu, when the South Korean government aggressively promoted Korean music, art, cinema and food across the globe. Hallyu has had a tremendous impact on the South Korean economy, boosting it by $12.3 billion in 2019. But Hallyu peaked during the pandemic in India, mainly due to two factors—South Korean filmmaker Bong Joon Ho’s film, Parasite, becoming the first foreign-language film to win the Oscar for best picture and the K-pop band BTS becoming the first since The Beatles to become number one on the Billboard 200 with five consecutive albums. According to an estimate cited by The New York Times, the seven-member boy band contributes $3.5 billion annually to South Korea’s economy.

Many K-dramas, including Kingdom (S2), Crash Landing on You, The King: Eternal Monarch and It’s Okay to Not be Okay, have featured on Netflix India’s trending lists since the lockdown began. The viewership for K-dramas on Netflix in India increased more than 370 per cent in 2020 over 2019. A Netflix spokesperson said they are “doubling down on investment in Korean content”. After English and local language content, Spanish, Korean and Japanese titles are most viewed on the platform.

It’s Okay to Not be Okay

The popularity of K-dramas has led to the flourishing of many Korean fandoms in India, like YouTuber Scherezade Shroff’s K-Drama Club on Facebook, which has over 3,000 members. Or the K-Wave India Group, a K-pop and K-drama fandom founded by Korean interpreter Sanjay Ramjhi in Chennai. 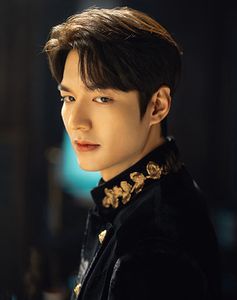 “I started K-Wave India Group in 2010 with eight to 10 members,” says Ramjhi. “Then, with the increasing popularity of all things Korean, it just blew up and now has over 1,000 members. It grew especially during the lockdown, when many of my friends started exploring K-dramas in search of good content. They are all crazy about them now.”

According to him, one of the appealing things about Korean entertainment is that there is no distinction between television and film actors. Everyone does everything, unlike in India, where you will never find an Amitabh Bachchan or a Shah Rukh Khan acting in television. “You will find some of the lead actors of Parasite in many K-dramas,” he says. “Because of this, the acting quality is high and so are the technical skills. They also have higher production budgets.” Ramjhi started by exploring Asian culture in 2006 and then got drawn into Korean. He was so fascinated by it that he studied in South Korea for a year. “It was a great experience,” he says. “Once the Korean bug bites you, there is no going back.” 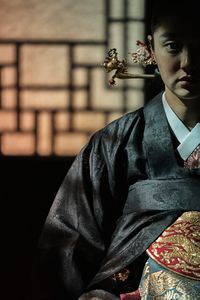 Yoo-kem Anna Heo, a Busan girl who had been to India, says that there are many commonalities between South Korea and India. “Many of the storylines from K-dramas are used in Indian movies,” she says. “Just like in India, we place a lot of importance on education and are family-oriented. Earlier, South Korea used to be a patriarchal society, but now that is changing. The younger generation is more straightforward. Unlike in India, though, arranged marriages are becoming rare, although divorce rates are going up. Marriageable ages, too, are much later than in India. We mostly get married only in our 30s. We are also not multicultural like India. We have one culture and language. As it is a small country, trends catch very fast.”

Interestingly, Yoo-kem says that they are taught the Korean language through the Korean culture, so there are many pop culture references to K-pop and K-dramas in their textbooks. One trend that has been spreading in South Korea during the pandemic is the increasing popularity of a musical genre called trot.

“Trot is traditional Korean music that used to be popular among middle-aged Koreans,” she says. “The lyrics are (filled with hope), straightforward and from the heart. Now, the younger generation, too, has taken to trot. Trot auditions are held across South Korea.” Considering how fast everything Korean trends in India, it is probably only a matter of time before you hear a Tiger Shroff or an Alia Bhatt humming a trot melody.