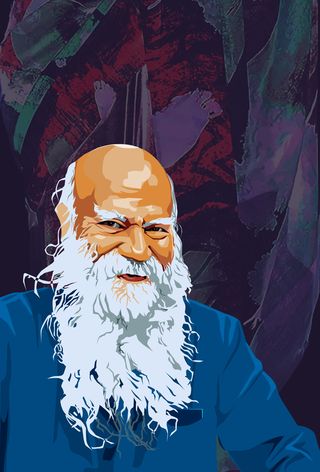 To be creative means to be in love with life,” Osho once said. “You can be creative only if you love life enough that you want to enhance its beauty, you want to bring a little more music to it, a little more poetry to it, a little more dance to it.” Osho might well have been describing a loyal follower’s creations. A Satya Paul sari encompassed all of this—poetry, beauty, music, dance…. His saris were conceptually strong, technically sound and imaginatively rich. But what elevated them was something else, that elusive quality that Paul himself was seeking all his life. His saris had soul.

Paul, who died on January 6 at the age of 79, was born in Leigha, Pakistan, and came to India during the Partition. He is credited with starting L’Affaire, India’s first sari boutique, in 1980. His spirituality spurred his creativity. In fact, it was upon his return from the Osho commune in Oregon—where he had gone with his family in 1982, after selling his export business—that he entered a phase of unbridled creativity. Subsequently, he launched his brand in 1985. He viewed life as a playground of ideas, and was inspired by everything from Japanese calligraphy, Picasso paintings and the Ramayan to Disney films and Calvin and Hobbes comic strips….

He was the first designer to introduce choreographed collections in India. Each of his collections, whether it was the Museum, the Rainbow, or the Signature Collection, was thematic and told a story. He was also one of the first to design concept saris. Much before Masaba Gupta or Monisha Jaising, Paul introduced sari dresses, dhoti-style saris and sari gowns into the fashion landscape. International runway model Poonam Nath, who has modelled for the brand, says that the way his drapes fall is impeccable. “His saris felt like second skin to me, they draped so beautifully, and were always an eye-catcher,” she says. “I own a multi-toned green, tie and dye masterpiece by Satya Paul. I can run, jump and dance in it, and I do.”

But in the end, his spirituality overrode everything else. He gave up his design empire in 2010 and became a life-long disciple of Sadhguru Jaggi Vasudev, ultimately breathing his last at the Isha Yoga Centre in Coimbatore. He was a seeker all his life, and he mined art to find what he sought from the cosmos.

With his graphics and prints, Satya Paul set a different tone for fashion in India, and showed us what textiles could be transformed into. He was a master at experimenting with the heritage of textiles in India and making it contemporary. I met him occasionally at NIFT openings and other functions. Those were the days when there were no ramp shows or too much exposure. He was a nice, gentle person, very old-school and media shy. He let his work speak for him. Those days, I was involved in my revival work and in locating older textiles, while he was doing something much more futuristic. But India was so dynamic then that there was no need for two people to be doing the same thing. 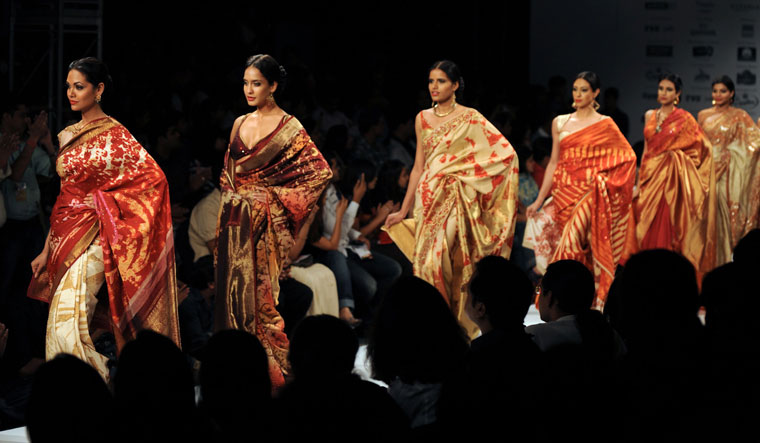 Ever since I started my journey in fashion, I have looked up to Satya Paul. His vegetable dye prints were very inspirational. The way he married the abstract, modern storyline into the sari will be his lasting legacy in fashion. He did not let go of the traditional sari, but reinvented it with prints, weaves and colours. I own a Satya Paul tussar sari, which has been a treasured possession for the last 20 years.

I first met him as a fashion student in 1993. My final collection was inspired by the opera costumes of Mozart’s Don Giovanni. I needed opulent fabrics for it. Satya Paul sponsored that collection and got me special hand-woven fabric from Banaras. That was extremely generous and kind of him. As creative director of Satya Paul, I want to make the brand more contemporary while retaining the same values and DNA. Since 20 years ago, visual references have changed. There is new-found optimism in Indian textiles. I want to retain the same bold and colourful [aesthetic] to create different conversations.

Satya Paul understood rules and technology, but he did not follow them, which was brilliant. His approach to colours and motifs, as well as his relationship with craftsmen and weavers, were unique. By breaking rules, he created new rules. 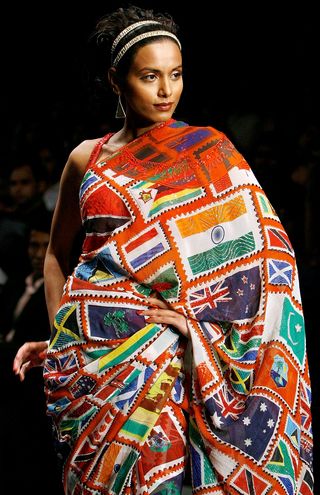 The Andy Warhol of saris

If you are Indian, there is no choice but to know about the legacy of Satya Paul. There was a sense of liberation in his saris, with their polka dots and their post-modernism. I consider him the Andy Warhol of saris. All of us got his printed saris for our mothers and our friends in college. It is admirable that he based his brand on a specific segment and made it known across the country. He struck a great balance between couture and ready-to-wear.

We grew up hearing the name Satya Paul; it was everywhere. He was the first designer to bring art onto his saris, and I always saw him as a true artist. He also collaborated with other artists and fused their works onto his saris, thereby revolutionising the fashion economy. He has inspired the fashion artist in me to create fashion with a cause that involved highlighting personal and social issues through my saris. It was Satya Paul’s saris that made me think of designing saris as a tool to express my art.