Vida Heydari Contemporary Art Gallery and a world of stillness 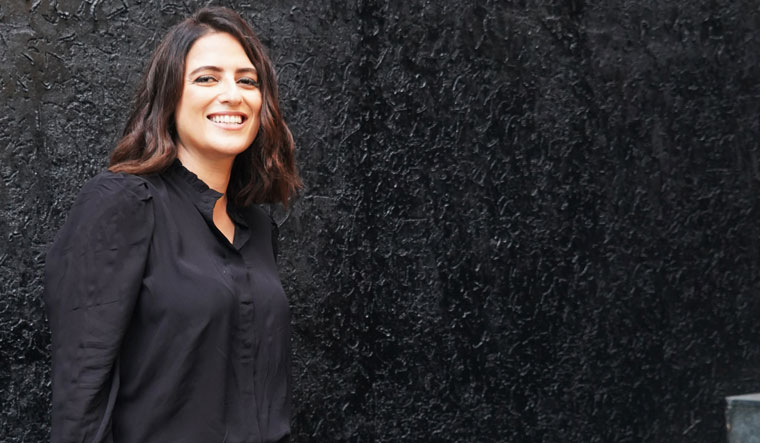 Most spaces have an aura about them. At the new contemporary art gallery in Pune started by Iranian-Canadian curator and gallerist Vida Heydari, one gets a sense of stillness, as though it has barricaded the chaos outside from streaming in. It is a minimalistic space with clean lines, high ceilings, small niches and subdued colours. “For many years, I had been leading a nomadic life,” says Heydari, who has 14 years of experience in the global art world. “But once the urge to travel had gone, I knew I wanted to settle down and start a gallery. I wanted to have an international space where local and foreign artists could collaborate.” Alongside the gallery is a restaurant with a menu designed by Mumbai-based chef Ajay Chopra, where one can relax with a plate of Belgian pork belly or a marinated kale pizza.

Sudarshan Shetty’s for all that we gather

The lightness of the gallery space is beautifully complemented by the physicality of the artworks. The inaugural exhibition, Origins of a Perennial Bouquet, has been curated by Bose Krishnamachari and features the works of artists Sudarshan Shetty, Benitha Perciyal, Manish Nai, Sumedh Rajendran and Tanya Goel. “I wanted to understand how materiality and science go together,” says Krishnamachari. “Not science in terms of technology. Take the work of Tanya, for example. The way she mixes colours is an experiment in materiality. Her studio is almost like a laboratory.”

This element of craftsmanship is evident in all the artworks. Like in Benitha Perciyal’s bust of “the mysterious visitor”, made of frankincense, myrrh, cinnamon, clove, bark powder, lemongrass, cider-wood essential oil and re-used Burma teak wood. Perciyal makes meaning out of her materials. “Materials like cinnamon and clove are everyday ingredients present in every house,” says Perciyal. “They are used at auspicious events to take away negative vibes. They are also ritualistic materials used in puja rooms, mosques and churches from time immemorial. After a while, these elements disappear without a trace, and only their memory remains.”

What is also interesting is how the artists have used the solidity of these materials to create an illusion of lightness and buoyancy. Take Sumedh Rajendran’s teak wood and marble work, Honour Cracks, outlining several figures facing different directions. They seem to be suspended in mid-air and yet, there is something very rooted in their postures. This same illusion of fluidity is created by Sudarshan Shetty in his teak wood cupboard of everyday items like rolled-up bedding, a few utensils, a bulging laptop bag…. The way he makes the wood ‘slither’ is poetry in motion. Like the dent he has carved in a pair of shoes lying askew in the cupboard. There is a potent sense of immediacy in the work, as though someone—perhaps a middle-class office goer—has just removed them and they are still warm to the touch. Multiple stories lie untold in each of the exhibits, perennially framed in the stillness of the gallery.