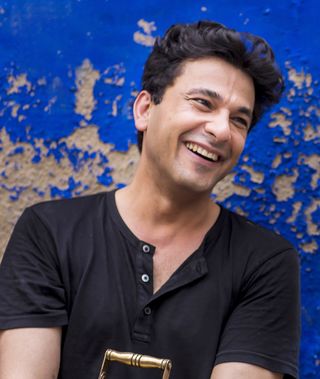 In 2015, just before a scheduled interview with THE WEEK at a hotel in Mumbai, celebrity chef Vikas Khanna was engrossed in an animated conversation on the phone. He was narrating the script for a film to a Bollywood director. The New York-based Khanna had just arrived in India in a desperate attempt to find the right people who could give his story on the widows of Varanasi a form and shape on celluloid. But it did not work out. “He (the director) said he would come on board only if a young, good-looking female protagonist led it,” said Khanna. “I told him we cannot cast a Sunny Leone in the role of a widow from the ghats. Once that fell through, I decided to take up the task of writing, directing and producing it by myself.”

Five years after that call, The Last Color released in several cities around the world before entering India in December 2020. Neena Gupta is the face of the film, featured on the posters as a gentle, smiling widow in a white sari celebrating Holi. “My grandfather was a big fan of Neena ji and her striking charm,” said the chef. “He called her Noor and I made sure to retain that name for her on screen, too.” Khanna was speaking to THE WEEK from New York. He says that had it not been for the pandemic and his severe asthmatic problems, he would have flown down to India and even taken a dip in the Ganges at the ghats of Varanasi, where the idea for the film had first dawned on him.

The Last Color, based on Khanna’s novel of the same name, is a gripping story of an unusual and endearing friendship between an ostracised, elderly widow at the ghats and a cheerful nine-year-old tightrope walker, who is also used to discrimination as a dalit. Chhoti, the girl, inspires Noor to forego abstinence and embrace life in its myriad colours. Set against the backdrop of the “shunned, neglected and colourless” lives of widows in Varanasi, the film is a multi-layered rendering that addresses caste, class and gender discrimination. It has a nuance that is unusual from an industry debutant, let alone from a Michelin-starred chef who has cooked for the who’s who of the world. Khanna, a renowned TV host and author of several books, has been making documentaries on Indian food for years. His last one, Kitchens of Gratitude (2016), premiered at Festival de Cannes and was even showcased at the White House. 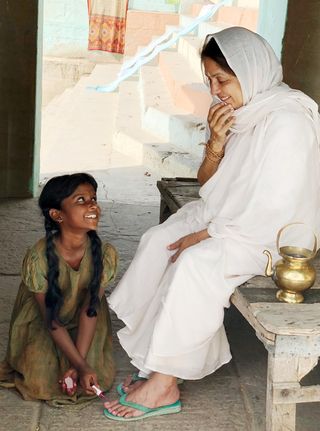 But he admits that making The Last Color has been a different experience. At a time when most established chefs take the Instagram-YouTube route, here is an “outsider” who gatecrashed into a highly guarded industry with a full-fledged feature film slotted for a big-screen release. Did he come prepared? “I know there are gatekeepers in the film industry and they will not let me enter,” said Khanna. “They are about favouritism, nepotism and dynasties…. But I am not giving up. I also bring along the baggage of influence as a chef, and I put myself out there despite the criticism.”

Khanna is not new to witnessing the many ways in which artistic liberty gets hijacked by an unforgiving culture of stereotyping. “Time and again, I have been asked to go back to the kitchen,” he said. “But how many times and in how many more ways can I make paneer makhani? I admire Sanjeev Kapoor who has [inspired] an entire line of chefs, but I cannot be a clone. I can continue doing those studio kitchen shoots for 24 hours, but what am I adding to your kitchen that you did not know already? The time has come to stay in the news and stay relevant and this is the way to go about it. Foray in new waters.”

The biggest challenge was in getting the right people to play Chhoti (Aqsa Siddique) and Anarkali (Rudrani Chettri), who is a transwoman and sex worker. It took eight months. Poonam Kaul, the film’s coproducer says the team auditioned more than 2,000 children but they all seemed “too sophisticated” to play Chhoti. “We were looking for a rough-looking chirpy girl whom one often sees playing along the ghats,” said Kaul. “It was difficult for us to explain to the casting agents and it was not cheap.”

Siddique, says Khanna, looked disinterested when the team arrived at her school in Shahdara, Delhi, for the auditions. “She was sitting at the back, complaining that a master chef had come to the school without bringing anything to eat,” said Khanna. “I heard her and just as she got up to leave, I zeroed in on her. We took permission to block her for three months, during which we trained her for tightrope walking and speaking slowly because she spoke very fast!”

Khanna’s film was launched at the Palm Springs film festival in California and has been screened in over 20 other film festivals. But reviews have been mixed, with some critics saying that the film lacks flow and focus. “We are rookies, of course, but at the same time this film is of a different genre,” said Kaul. “[Director] Shyam Benegal said that the way the film was shot reminded him of Satyajit Ray. It is a nuanced film and appeals to an audience that values emotions and visual brilliance.”

Meanwhile, Khanna has already started work on his next film in New York, has launched a luxury range of gold-encrusted tableware, has three books in the pipeline and is working on establishing the Indian Culture Centre in midtown Manhattan. “America has given me a lot and it does have an influence on me, but all my stories are entirely based on India,” said Khanna.