Logo-embossed samosas to those made with advanced Scandinavian rollers 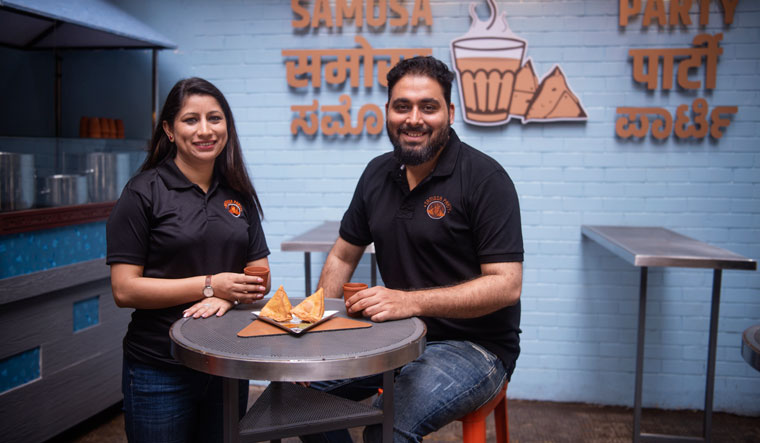 A bite to remember: Diksha Pande and Amit Nanwani of Samosa Party; (below) their chilli chicken samosa

What is common among samosas stuffed with mac and cheese, kadai paneer and manchurian or chilli chicken? One might balk from taking a bite or feel overwhelmed, but they represent the vaunted ambitions of a few newly minted entrepreneurs who would like to see the ancient stuffed triangle become as playful, adventurous and slick as a hard-charging startup. 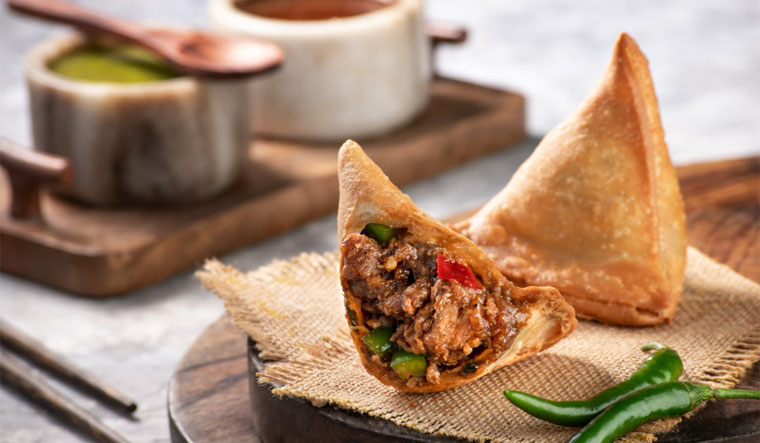 “You know we could have done a pasta samosa, but why have white flour again inside fried maida? It does not work for an Indian palate,” asserts Nidhi Singh, who co-founded Samosa Singh with her husband Shikhar Veer Singh. The Bengaluru-based couple’s bid to “standardise” one of India’s favourite street snacks got validation with a series A funding of $2.7 million (about Rs19 crore) earlier this year. Corporates and airlines rely on their quick and consistent samosas. “Normally, the shape, size and taste of the samosa depends on the mood of the halwai (confectioner). But we have special rollers. Everything has science involved in it. Our samosas are crispier than the regular ones. We do not have to call our samosas healthy, but they are proven to have 57 per cent less fat. And we have the proprietary infrastructure to make our samosas,” says Nidhi, who was working in a US health care company until 2016. Her husband was a scientist at Biocon. Their samosas come with their brand logo embossed on them. “It is like a mark of responsibility for us,” she says proudly. “We are the largest manufacturers of samosas in south India. We have the capability to roll out one lakh samosas a day.” Her company recently won a standalone slot at the Bengaluru international airport, beating 180 other bidders. The business is also expanding to Hyderabad. 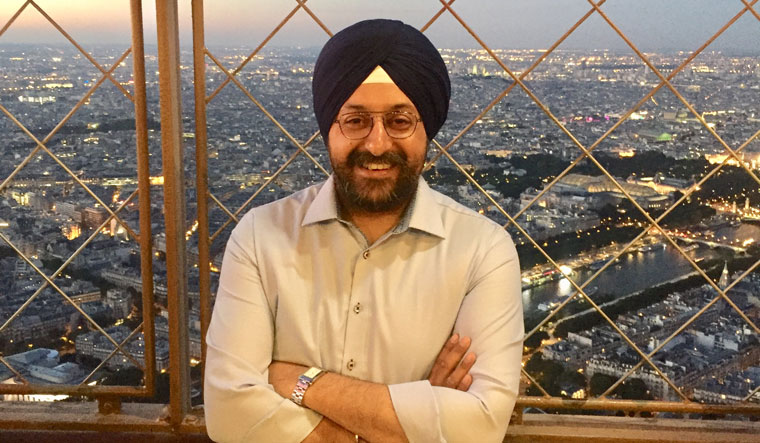 Ibn Battuta, the 14th century explorer, has given a sumptuous account of “sambusaks” in the court of Muhammad bin Tughluq. A royal treat stuffed with minced meat, almonds, pistachios and walnuts, they used to be served before the third course of pulao. Sufi poet Amir Khusro has also noted the piquant charm of the central Asian import. With the introduction of potatoes by the Portuguese, the samosa got truly Indianised, spreading, in no time, across the subcontinent. Today, from college and office canteens, to tea stalls, neighbourhood sweetmeat shops, restaurants and hotels to weddings, parties, airports and Cafe Coffee Days, the samosa is omnipresent. And patrons like it fried and flawed. So what is the fuss all about? 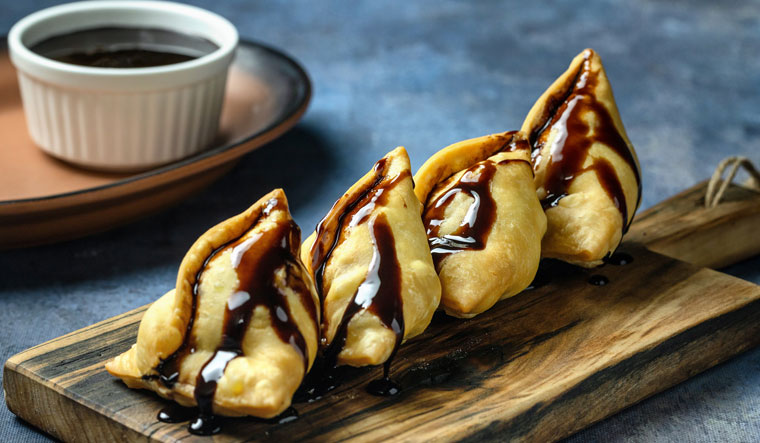 “It is everywhere yet nowhere. It has never been somebody’s whole soul project, you know. It has always been a by-the-way item,” says Diksha Pande of Samosa Party, which she set up in 2018 with her partner Amit Nanwani. “The time has come to elevate the total experience, from eating in local shops to better hygiene, ambience and ‘product consistency’,” says Diksha, who worked with the Oberoi group for 10 years. Her partner is an IITian and they talk in terms of “IP recipes”, supply chains, packaging innovation, brand identity, delivery under 30 minutes and end-to-end automation. “We are building the world’s first Punjabi samosa-making machine which will be 100 per cent automated. For that, we are researching with a couple of companies in the Netherlands. Once the pandemic is over, we will hopefully be able to travel and bring our machine to life,” says Diksha, excited about her idea of robotising samosa production. Her multiple cloud kitchens in Bengaluru have achieved 75 per cent automation. And the founders want to work with cutting-edge technology to erase hand-rolling of doughs. On a regular day, they make 10,000 samosas and have sold five lakh pieces since the lockdown. They engrave the names of each of their variants—like corn and cheese, mutton keema, barbecue chicken and kachori masala—on the samosas so that clients who buy assorted boxes do not get confused. 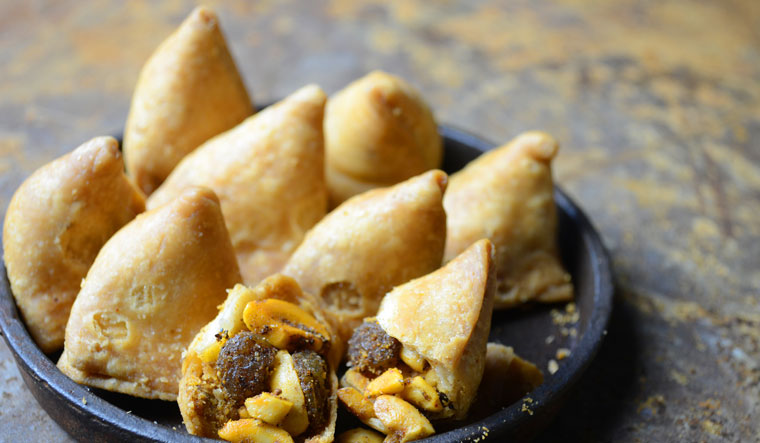 But for Prabhjot Singh, who has eight outlets of Samossay in the Delhi-Gurugram belt, machine-made samosas are a deal-breaker. He has a team in his base kitchen to hand-roll the samosas and dispatch around 1,000 of them in air-conditioned vans to the other outlets. He also stocks an in-demand Maggi variant and will soon diversify into frozen cocktail samosas weighing 20gm each. His “gourmet” samosas typically cost anywhere between Rs89 to Rs109 for a plate of two. “Our partner is a top chef who has designed the whole menu,” says Prabhjot, who has invested an initial capital of Rs2.5 crore into building Samossay. 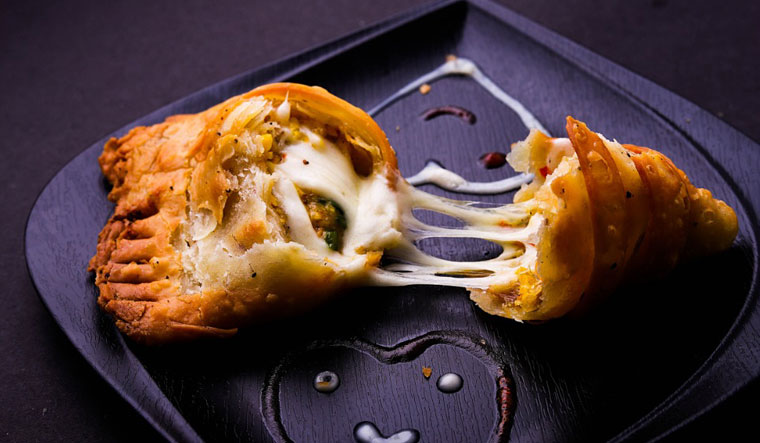 But he might not have been doing this had his plan to set up a sports bar on Sakhalin Island in the Russian Federation worked out. He was 21 when he landed in Russia and worked his way up to become a trader in the oil and gas sector. In his last three years there, he was stationed at Sakhalin, off the north of Japan. He was about to set up his own bar with a Delhi chef, offering a range of Indian finger-food in the touristy island, when one of the three partners pulled out. Fluent in Russian, and having traversed 34 Russian cities in 10 years, Singh is now about to release his funny travel memoir called Baanya’s Birds and Booze and Another Three Reasons to Live in Russia, where Baanya is a reference to a local sauna. “One day, I hope to roll out samosas with Russian cabbage and pork,” he says wistfully.

Rahul Parihar, 29, from Indore, also had many other business ideas before someone else implemented them. He used to be a supervisor at the solid waste management arm of the Indore Municipal Corporation, but always had an enterprising streak. In 2018, he became the proud owner of The Samosa State, which produces 29 different varieties of the snack every day. “If not for Covid-19, we would have introduced 15 more this year. Nobody makes samosas like me in the whole of central India,” says Rahul. “Corona has scuttled my plans. But one day, I want to become the McDonalds of samosas.”