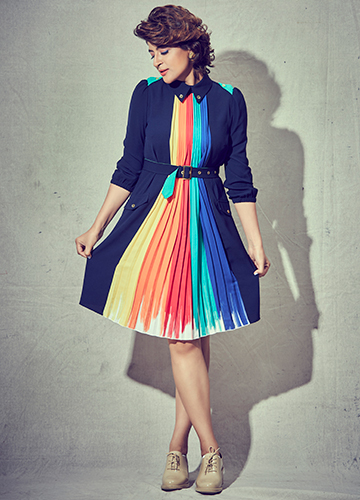 The divide between my boy and me was increasing by the day. I remember one time when my husband was nominated for the best debut actor. So there I was, walking the red carpet, conscious about how I was looking, trying to remember the designer I was wearing, blinded by the lights. And suddenly I could not feel the warmth of his hand. He left me behind and was up ahead, surrounded by the press. There were many such episodes and we only survived them because of how long we had been together.... But all my fears came back with his next film, Nautanki Saala! in which sir participated in one of the longest kisses in the history of Indian cinema... I was burning with jealousy. My anger and insecurity crossed Virat Kohli’s runs....

In her no-holds-barred book, The 12 Commandments of Being a Woman, Tahira Kashyap Khurrana opens up about the highs and lows of her relationship with national award-winning actor Ayushmann Khurrana. She gives out delightfully vivid details of their eventful journey as a couple, from being participants in an interschool drama competition to courtship, romance and finally marriage.

“I learnt early on, as a 25-year-old who was getting into marriage, that no matter how many years you have dated the person, when you are marrying him, life starts from absolute zero. So there were a lot of things I came to know about him only post marriage,” she says, as she sips coffee in the comfort of her living room. “As a young, newly married bride, when I came down for the first time from Chandigarh to Mumbai, where he was living as a bachelor, I was expecting him to do at least something for me, but I had to quite literally buy my own basic cutlery.” This is why she titled one of her chapters, ‘You need patience and courage to not kill each other right after marriage.’

Both Tahira and Ayushmann hail from the same town in Chandigarh, got married while they were in their mid-twenties and pretty much ticked all the boxes of a typical Yash Chopra film. “Except that alongside an expanse of mustard blossoms, cactuses, too, remain hidden,” she says with a laugh. “Nobody from either of our families was even remotely associated with the film industry in any capacity, forget being a hero. So I was confident of marrying him. At the time he was an RJ, and even though he wanted to be an actor I was sure he was not going to be one, at least going by his looks at the time. And when he did become an actor, I had a huge problem because all the pretty women around him made me feel inadequate.” But that feeling was only a phase, as she found out after years of learning and self-realisation. Tahira’s journey­—her battles from adolescence to her 30s and her struggle to move away from Ayushmann’s stardom and come into her own—z has been brought out beautifully in the book. Ultimately she finds peace after setting out on a journey of self-discovery and self-acceptance.

“I would be dishonest if I said that I am over all my complexes and am the most perfect version of myself today, but I am glad that I fought those battles and have the courage and acceptance to talk about it and make fun of myself,” she says. That desperate desire to weigh less than 50kg affected her health, both mental and physical. Weighing over 60kg, with a towering height of 5’8”, Tahira had self-worth issues for the longest time. One reason was that Ayushmann was more or less her height. “As I kept chasing 59kg on the weighing scale, I pushed myself to an insane level, resulting in many negative repercussions which I am still facing,” she says. “I have so many intolerances right now. There was a time when I gave up wheat and rice and ate only watermelon and peanuts. I ended up sadder than before and my irritable bowel syndrome was out of control. I reached a point where I was crying five to six hours a night and hopelessness was getting the better of me.” 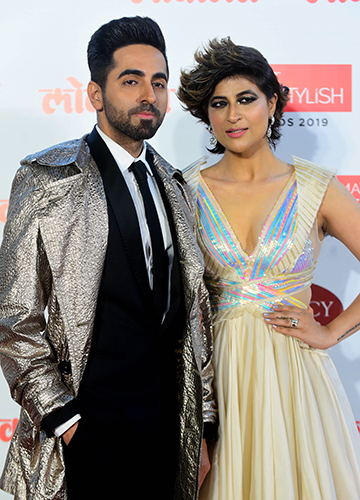 Weight of stardom: Ayushmann and Tahira at an award ceremony in Mumbai in 2019 | AFP

In September 2018, Tahira was diagnosed with cancer. The diagnosis did not break her as much its timing. “When I was extremely happy and ready to be healed, when I felt amazing for the first time in 10 years, did not have stomach cramps or bloating, and my gut was recovering so that I could get back to being my older, stronger self after aggressively taking to diets, I was diagnosed with stage zero breast cancer and needed mastectomy as the cancer had spread across the whole breast,” she says. Chanting and Buddhism, she says, helped her deal with it.

Tahira and Ayushmann have two children aged eight and six, both of whom, she says, were super excited to see “mumma’s new book”. “My daughter even took a few blank sheets of papers, stapled them and began writing her own book,” she says with a smile. “The husband showed mixed emotions. He was startled by some of the revelations and asked if I really had to be that detailed, but at the same time, he was unconditionally supportive of the book.” The 12 Commandments of Being a Woman is the fourth book she has authored. She has also directed two acclaimed short films, Pinni (2020) and Toffee (2018).

Despite her accomplishments, she is honest enough to admit that she is not perfect. “I will still not be able to tell you for sure if I am completely in love with myself,” she says. “Attaining that feeling is a state of nirvana, but that stage itself is a work in progress, I believe. What has changed for me is that I have truly become much more aware now than ever. Even on low days, I refuse to go down this vortex of negativity.” 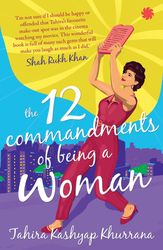 The 12 Commandments of Being a Woman