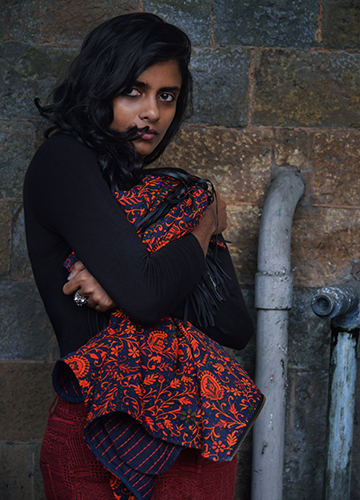 The jury for the 50th Kerala State Film Awards picked Kani Kusruti as best actress (Biriyaani, 2020). Interestingly, the actor did not have a surname till she turned 15 and everyone around her seemed bothered about, except Kusruti and her parents—well-known activists Dr Jayashree and Maitreyan.

Her parents refused to live conventional lives and believed surnames were indicators of social hierarchy. But when the accusing looks became too much to bear, the daughter picked a surname—Kusruti, Malayalam for naughty. She has lived up to her name by refusing to be pinned down by social conventions. Confident and fiercely independent, she has played multiple roles in life—actor, theatre artiste, model, Kathak dancer and sitar player.

The jury unanimously picked Kusruti for the award, for her “brilliant performance” as Khadeeja, a woman who battles a deeply patriarchal society. The same role had fetched her two international awards: best actress at the 42nd Moscow Film Festival in the BRICS competition category, and the best second actress at the 20th ImagineIndia Film Festival in Madrid.

“I had suggested many others when they approached me with the role as I could not connect with the decisions the character makes in the movie,” Kusruti told THE WEEK. “But the role came back to me after a few months. Once I started doing it, I got convinced that it is not necessary that you understand every action of the character. Then I started enjoying the role.” Kusruti lives in Goa with partner Anand Gandhi, director of the critically acclaimed The Ship of Theseus (2012).

In fact, Kusruti never wanted to become an actor. She loved science and had set her sights on astrophysics. “I remember running away to my grandma’s house when a family friend approached my parents to let me do a role in a drama,” she says. “I was extremely shy and was very body conscious. But once I got into the groove, I started loving it.” When she decided to pursue acting seriously, she quit college and joined the Thrissur Drama School in Kerala. Later, she studied physical theatre at L’Ecole Internationale de Theatre Jacques Lecoq in France for two years.

Despite her training, her movie roles, upon returning from France, have been few and far between. Does she think she has not got her due? “I think so,” she says. “I have called up many, including some rebel new-gen directors for roles. Even they say that I have a certain image and that I may not fit the role… but I am hopeful that things are moving in the right direction.”

Kusruti attributes much of her decisions in life to her “unusual” growing-up years with her activist parents. “There was a time when I wanted a ‘normal’ family like anyone else, and wanted to please everyone by adhering to all social norms against my parents’ wishes,” she says. “But my experiences in theatre made me reflective and I decided to listen to my heart and not to society. The kind of freedom and unconditional love that my parents gave me through all these phases has made me what I am today.”

Kusruti, quite in tune with her persona, dedicated her award to P.K. Rosy, Malayalam cinema’s first heroine and Dalit actor who was driven out of the state for daring to play an upper-caste woman in her only film, Vigathakumaran (1930). “I hope art and artists survive all the negativities of a deeply patriarchal society,” she said.