How a quiet, understated Vikrant Massey owns every character he plays 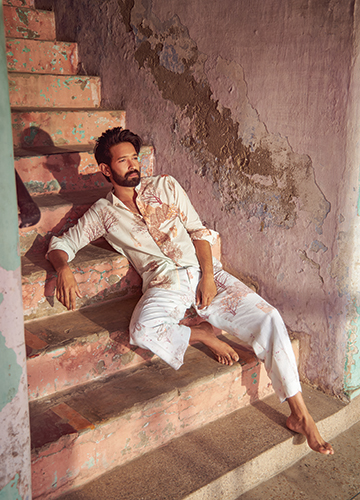 We all know of that no-fuss boy-next-door. He is a little shy, always polite and unassuming. He most likely did well in both classroom and extracurriculars as a kid. His well-combed hair may indicate a dull studiousness, but he can shock you with his single-minded commitment to work. And it is at work that he is most visible and expressive; a prodigious talent chipping away noiselessly. Such is the understated charm of Vikrant Massey, who at 33, has created an array of memorable characters without any of the boom and bombast of celebrity culture.

Speaking to THE WEEK, Massey is reluctant to take credit for all the praises and roses coming his way for his new releases on Netflix—Dolly Kitty Aur Woh Chamakte Sitare, Sunny Weds Ginny and Cargo. He is profusely thankful to everyone around him, including his co-stars, directors, casting agents, parents and the like. When asked to pick an onscreen character who most proximately resembles his own self, Massey chooses Shyam from Balika Vadhu from his TV days a decade ago.

Shyam, a city-bred boy who falls in love with a pregnant child widow in a village in Rajasthan, likes to take a stand for himself. But after some more thought, Massey chooses Bablu from the Amazon Prime series Mirzapur. Bablu is an intelligent, ambitious young man in small-town Uttar Pradesh, who is drawn into the murky world of drugs and guns. Swerved away from his moral core, Bablu never quite fits in an unscrupulous hinterland.

“I love appearing for random online exams. You know, like solving question papers that are available online, whenever I get time,” says Massey, aligning himself with Bablu’s serious, scholarly streak. “I do this on and off. It gives me an idea of my own intellect and enhances my GK. It is like an aptitude test.” It is an unusual interest for a movie actor.

Massey’s most well-loved character is Shutu in A Death in The Gunj (2018). Directed by Konkona Sen Sharma, the film set in an Anglo-Indian commune in Jharkhand in the 1970s saw him play his breakout role of a shy and sensitive, almost invisible cousin who is slighted by relatives for being an introvert. Massey later got to know that Sharma wrote the character while shooting Lipstick Under My Burkha, keeping him in mind.

The admirable portrayal of Shutu won plaudits and Massey was nominated for Filmfare Critics Award for Best Actor in 2018. It was a turning point that made him an emerging favourite of a discerning audience used to cutting-edge dramas from around the world in streaming platforms. “Preparing for this role entailed the most expensive research and workshop I had done for any character. It demanded that kind of time and attention,” Massey recollects. “Atul Mongia (casting director) and Konkona devised certain methods and exercises for me to get into that headspace. I have never been so disconnected, but while working on this character, I would go into a cocoon. My parents were disturbed to see me in that physical shape.” 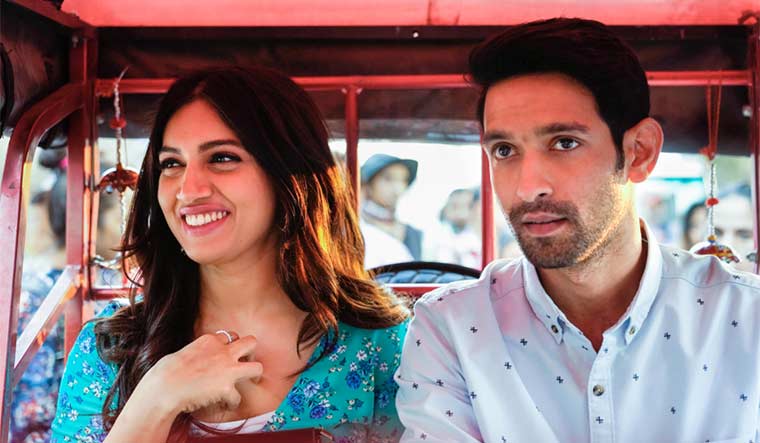 “I still have parts of Shutu in me. All of us do,” says Massey, who is otherwise a typical easy-breezy Versova boy from a middle-class Catholic family. He loves football, the sea and fishing with friends. He ritually likes to dance and fill his diary with “mental vomit”. His grandfather Ravikant Massey was an award-winning thespian in Shimla. To stay focused, he avoids carrying his phone to the sets. His acting craft is all about tapping into people’s vulnerabilities, their defence mechanism, to build a personal relationship with all. “I leave a window open for my audience to interpret the character the way they want to, so they see a reflection of themselves or someone very dear to them,” he says.

While his characters demonstrate a remarkable range, they all show his bravery in vulnerability. In the Hindi web series Criminal Justice, adapted from a 2008 British show of the same name, Massey is a cab driver whose one night stand with a passenger turns into a nightmare when he finds her murdered after he wakes up. Just like Riz Ahmed in The Night Of, HBO’s remake of Criminal Justice, the casting of Massey is the perfect sublimation of a doe-eyed boy framed most unfortunately for a crime he most likely did not commit. Ahmed’s portrayal of Naz won him an Emmy Award in 2017. 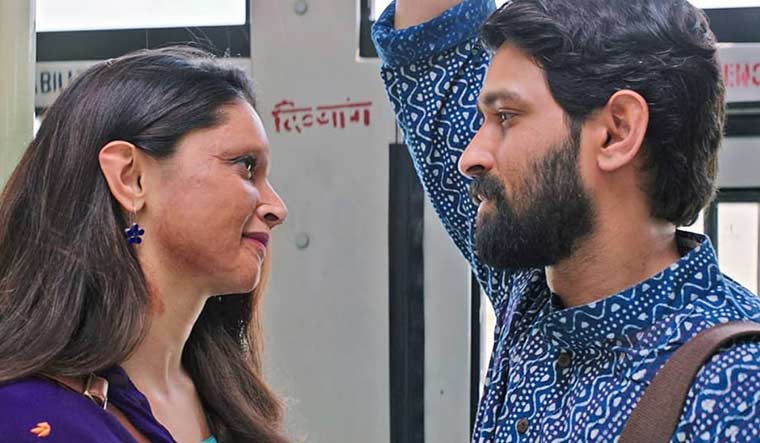 Working out his art: Vikrant Massey with Deepika Padukone in Chhapaak

In Meghna Gulzar’s Chhapaak, Massey is the partner of an acid attack survivor played by Deepika Padukone. A social activist working to rehabilitate acid attack victims, Massey’s Amol is idealistic and irritable, offsetting Padukone’s patience and poise. And in the Hindi sci-fi film Cargo, Massey is a benign demon spaceman, who is into “post-death services”, working on send-offs in a resigned and efficient way.

When the Bombay boy played a cheating prick from Greater Noida in Dolly Kitty, his fans were furious and forgiving. “We hated you, you were that good,” they said of a clever, dishonest and dissatisfied Pradeep, Bhumi Pednekar’s love interest in the film. Looking forward to multiple projects with ace directors and actors in the coming year, Massey sounds dismissive of the whole outsider-insider debate in tinsel town. Looking at his own trajectory, Massey knows that there is always work for the hardworking, the sincere and the talented. “The film community is one of the most robust, democratic, pluralistic communities in India,” he says.