This play by Samuho brings the sidelined to centre-stage 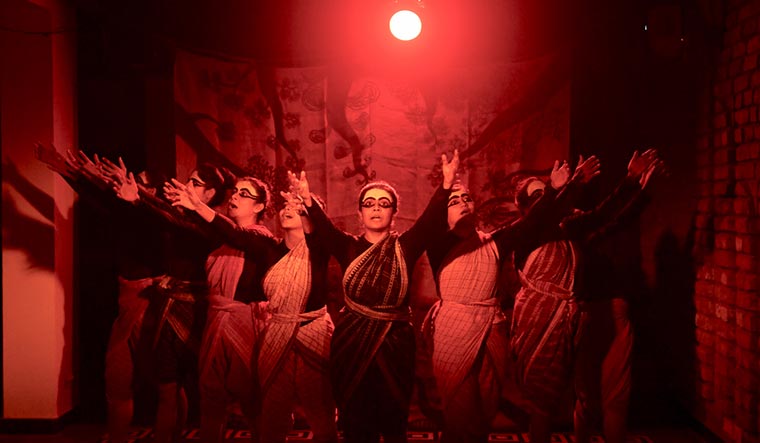 If history is what is written by the victors, then it takes great courage for the losers to demand that their stories, too, must be told. For that, if they cannot take up arms, they must take up art. In light of the Hathras case, Atha Hidimba Katha—a radical feminist reading of the Mahabharat, staged by a 10-woman collective in Kolkata called Samuho—assumed special significance.

Atha Hidimba Katha, which was digitally presented by Arts Forward as a Facebook Live event, was a scathing indictment of patriarchy and misogyny in Indian society. It placed its narrative within the structure of the Mahabharat because, according to the play’s director Titas Dutta, our society derives much of its collective consciousness from its epics. “[The epics] justify the system of oppression and glorify the oppressors in the name of restoring good over evil,” she says.

Created last year, during the CAA-NRC protests, the play unfolds the events of the Mahabharat through the perspective of an adivasi woman, Hidimba. What is interesting is that Hidimba’s story in the epic is playing out in the lives of each member of this collective of women and non-binary persons today. Oppression of the marginalised is a theme that has echoed through the corridors of time. And if you cannot oppress the oppressor, you can subvert the narrative with humour, irony and theatrics. That is what Samuho does, with resounding success. The epic, when told downside up, looks vibrantly different.