V.S. Gaitonde’s painting has become the most expensive Indian artwork ever 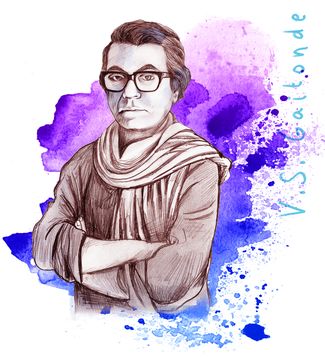 At a V.S. Gaitonde memorial lecture organised by the Raza Foundation in 2012, artist Prabhakar Kolte recalled the first time he met Gaitonde, while the latter was staying in Nizamuddin, Delhi. It was on his third attempt that Gaitonde let him in. Either Mozart or Beethoven was playing on the record player.

Kolte replied that he did.

Then listen to this, said Gaitonde.

After the record finished playing, Gaitonde got up and played it again. And then again. Kolte was nettled. He had come there, after all, to speak with the artist, but he was clearly not interested. Then the bell rang. Gaitonde said it was his lunch and went to collect it. Upon returning, he told Kolte:

“This is only for myself. What about you?”

“Don’t worry about me,” said Kolte. “I had a big breakfast. I will go down and come back.”

“Don’t come back,” said Gaitonde. “You see, after lunch, I usually take a nap.”

The anecdote tells so much about Gaitonde (1924-2001)—his reclusive nature, his complete absorption with music and other art forms, his indifference to what others thought about him, and his preference for a simple and monastic lifestyle. He was an artist who created different worlds with his paintbrush and then inhabited those worlds, reluctant to step into the actual one in which the rest of us lived.

Much of this aloofness can be attributed to his spiritual quest, through Zen Buddhism, for detachment and what he called “nothingness”. In his art, this translated to an attraction to abstraction and “non-objective works”. One can discern various Indian and western influences in his art, like those of Pablo Picasso, Henri Matisse and German-Swiss artist Paul Klee. But he imbibed these influences, made them his own and expressed them in a way that reflected his unique, internal journey. His inward looking was almost the essence of his outward appeal.

Gaitonde was born in Nagpur to Goan parents and studied art at the J.J. School of Art in Mumbai. Some of his works have been the most highly-valued Indian artworks ever. In 2015, one of his oil paintings sold for 029.3 crore, making it the highest-priced Indian artwork at the time in modern and contemporary art. Then another work from 1982 sold for 026.9 crore in 2019 and early last month, an untitled 1974 oil-on-canvas was auctioned at Pundole’s in Mumbai for 032 crore. “His style was fantastic, with the water marks, calligraphy and drawing as painting,” says artist Bose Krishnamachari. “Some of his works are very silent. There is abstraction in layers—a mirror image of a painting within a painting which reflects his [life] experiences.”

According to Mallika Sagar, auctioneer at Pundole’s and its specialist in modern and contemporary Indian art, there has been an increased awareness of Gaitonde’s work and his creative process over the last several years, due, in part, to commercial transactions at auctions in India and internationally. “And, of course, the artist’s retrospective held at the Guggenheim Museum in New York and Venice in 2015-2016, which introduced his works to a wider audience,” she says. The Guggenheim retrospective she refers to was curated by Sandhini Poddar and comprised over 40 paintings sourced from across Asia, Europe and the US. The New York Times art critic Holland Cotter described it as containing “some of the most magnetic abstract painting of any kind in New York right now….” 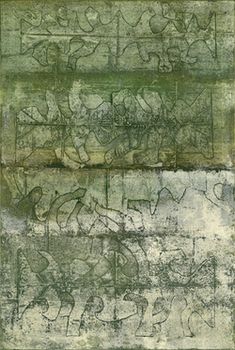 Cultural historian and art critic, Ranjit Hoskote, however, cautions against putting Gaitonde on a pedestal. “Abstraction travels well across international borders, as it tends to be legible through universals lenses like mysticism,” he says. “It sidesteps cultural specificity. The international reception of Gaitonde’s art has benefited from this. It is a pity that the door of the global museum world opens only to one or two artists from the global south at a time…. The best way to honour Gaitonde would be contextualise him, not to worship him.”

Despite his attempt to dislodge his art from any kind of ideological moorings, Gaitonde was a product of his times. In 1950, he joined the Progressive Artists’ Group, formed in 1947 in Mumbai by F.N. Souza, M.F. Husain and a few others; it ultimately disbanded in 1956. The Progressives were extremely experimental, co-opting international art practises and traditional Indian motifs into an indigenous form of “local modernism”. In the early part of his career, Gaitonde painted elements of traditional Indian mural and miniature art against an abstract background. In the 1960s, his paintings assumed a more Zen-like aura, when he gave up aspects of figuration completely. He shifted to a monochromatic palette in 1961. Gaitonde was asking his viewers to ‘sense’ rather than ‘see’ what he was trying to convey. His art, during this time, was highly intuitive. It had a sort of airy otherworldliness to it, highly influenced by his Buddhist philosophy.

But it is his later works, from the 1970s onwards, that are arresting. This is the time he starts making art from pieces of newspapers and magazines using palette knives and rollers. These works have an earthy physicality to them, in stark contrast with the levity of his former works, as though he was desperately trying to pin down something that proved perpetually elusive. Interestingly, according to his friend, artist Ram Kumar, this was a period of loneliness for him, when he first moved to Delhi in 1972 and withdrew further into his shell. This constant search—an animal longing for something indefinable—powerfully draws you into his works. Therein might lie the key to his enduring appeal.