Why drive-in theatres, in vogue now, will always be fleetingly cool 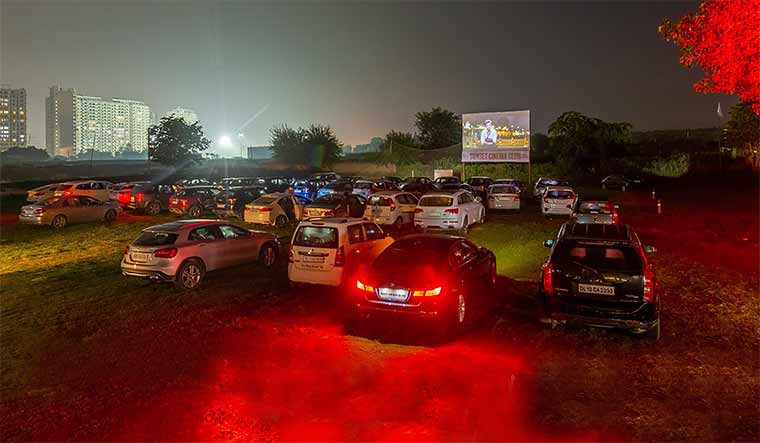 Dr Prasanth from Chennai once used to be a regular at Prarthana Beach Drive-in Theatre on East Coast Road. On a Sunday evening, as he takes a breather before his Covid-19 shift begins the next morning at 5:30am, he is trying to remember the last film he saw at Prarthana, the city’s oldest drive-in which started in 1991. It was Vasool Raja MBBS. “To tell you the truth, apart from the movie, I can remember everything there,” says Prasanth.

The doctor recalls heading out of the city on Saturday evenings with friends in a car to the breezy Prarthana. Prasanth and his friends would spread out bedsheets on the floor outside their car and order hot dosas and fried rice from a canteen nearby. “We would hug the [loudspeaker] post sometimes to get the best quality sound. Most people did not stay in their cars,” says Prasanth. “If the movie was bad or boring, you could just stare at the stars. You could also use the speed-bumps as pillows. Nobody goes to drive-in cinemas expecting IMAX clarity. It is all about hanging out with friends, family bonding, making fun of the movie or just dozing off.”

Richard Hollingshead of Camden, New Jersey, is credited with starting the first drive-in theatre in 1933, because his large mother could not comfortably seat herself in movie theatres. By the 1950s, there were more than 4,000 drive-in cinemas all over the US, exemplifying its car culture and individualism. The first drive-ins arrived in India in the 1970s. Some say Sunset, in Ahmedabad, is the oldest one in Asia. It can still accommodate over 600 cars. Yet, drive-in as a concept never really took off outside popular American culture.

During the pandemic, there has been a renewed buzz around the good old drive-in as being most amenable to socially distanced, big-screen entertainment. While confined to your own car, you can take off your mask and eat your own food. Bluetooth technology and wireless headphones will ensure you do not have to crowd around loudspeakers outside the car. Event companies running open-air screenings before Covid-19 sensed an opportunity and briskly moved in to cater movies to cinephiles this year. 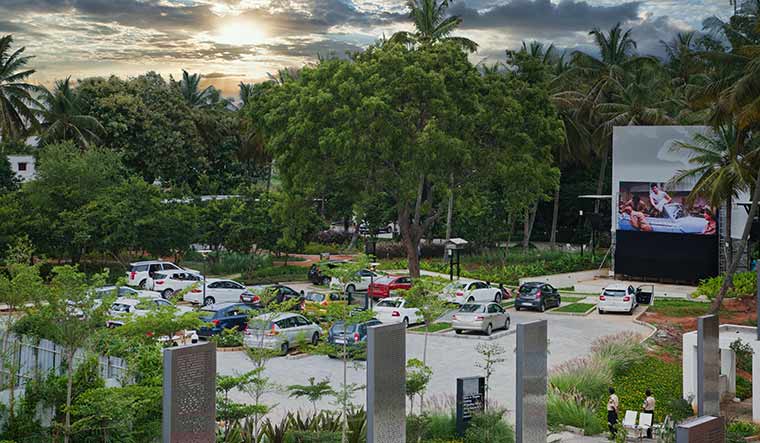 With Unlock 4.0, the Centre allowed open-air theatres to operate with 100 people from September 21. Multiplex chain PVR will launch its first drive-in theatre at Bandra Kurla Complex in Mumbai in October. In Bengaluru, SteppinOut, a new company, has held seven drive-in screenings for 18 cars at a facility near the airport in the past two months with movies like Grease and English Vinglish. “Our venue is constantly sanitised and our customers stay inside their cars all the time. Ordering and payment is contactless, through a QR code,” says Sushen Kakkar, project lead of SteppinOut, which will operate in 15 cities in India from September 21.

When asked about the specific screen and projector technology he imports from the US, Sanchit Gupta, cofounder of Gurgaon-based Sunset Cinema Club, remains tight-lipped. “These are things very specific to the drive-in business,” he says. “Previously, no one was concerned about drive-ins, now suddenly everyone wants to jump in. I have to protect the knowhow.” 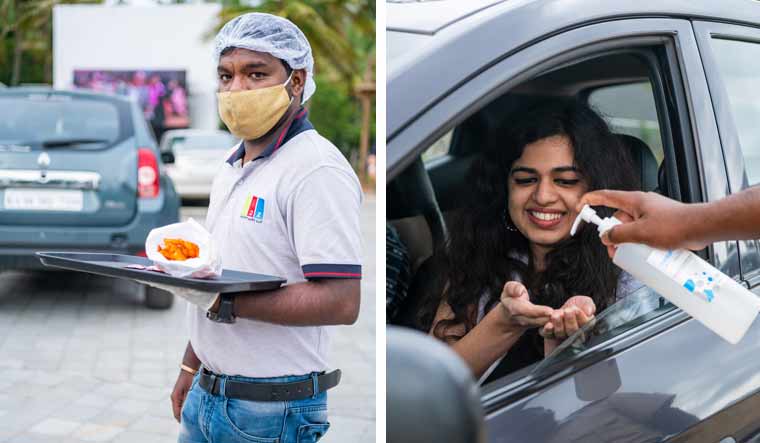 Covid protocols being followed at the venue.

Gupta’s company has been holding a drive-in screening every weekend since 2019 in a 30,000sqft space for 60-70 cars in Gurgaon. He will now open drive-ins in Delhi, Mumbai and Bengaluru. “This business is not easy to crack. You need to know the content to be played, there should be a brand presence and studio collaboration is essential,” says Gupta, whose company has collaborated with Warner Bros, Viacom and Disney to show their movies.

But most new entrepreneurs are certain that drive-ins will not survive the test of time. “Safety is the only reason drive-in is seeing a huge surge now,” says Kakkar. “It gives people the excitement of leaving their homes after being stuck there for months. It is a very cool concept, but post-Covid, theatres will start screening new movies which a drive-in can never do.”

The cool drive-ins will be remembered in delightful fragments by friends and family. Just like for 62-year-old M.K Ganeshram, who remembers a Jurassic Park screening in the 1990s when his kids sank in the backseat in mortal fear of the giant reptiles. “In the car, we are alone with our friends and family. In a theatre, somebody might ogle my wife and daughter. Drive-ins are safe, you know,” says Ganeshram, in all sincerity.