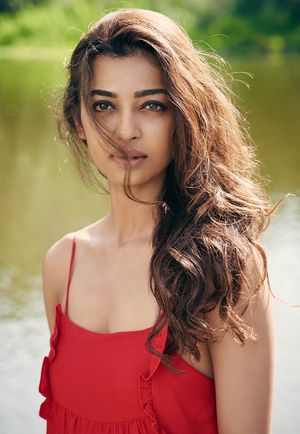 Radhika Apte was keeping herself busy before the lockdown with an adaptation of Gregory David Roberts’s Shantaram for Apple TV, a science fiction series tentatively titled OK Computer for Disney+Hotstar, and casting director Honey Trehan’s directorial debut, Raat Akeli Hai, that recently released on Netflix. Here, she talks about acting for different platforms, making the short film, The Sleepwalkers, and why she still is not satisfied as an actor.

Q\ You seemed to have agreed to do the film without reading the script. Does that usually happen?

A\ There are times when I strictly need to see the script and there are times when I don’t. [The latter] usually happens when I have a good working relationship with the people [behind a film] and I know that we are on the same wavelength. Otherwise, there are a lot of reasons why you do a project. Sometimes the script really excites you and the part is great, or you want to work with the actors or the director. [There are times] when you want to work with a production house. Sometimes, you need the commercial viability, or the money is good, or they are shooting in a fancy place and you just want to go there (laughs).

Q\Over the last few years, you have been a part of films and shows in different formats, platforms and even languages. Has that been enjoyable?

A\The platform does not really matter as an actor as the process remains the same. But it is funny that people say that I have chosen a variety of roles and blah blah blah. Of course those roles are great, but I just do not feel that way. In 2018, everyone said ‘it is your year’, with seven projects [of mine] that released. But you know it was just so little. I had a small part in Sacred Games. It was the same with Lust Stories; there were just three days of shoot. I want to go to shoots and be challenged every single day. I do not think it is still satisfying at the moment.

Q\You wrote and directed the short film, The Sleepwalkers, recently.

A\Truth be told, it is just a short film. Let us not talk about it as if I have made my debut directorial. But having said that, I thoroughly enjoyed working on it. It was extremely stressful because someone is putting money into it and you have to make sure that you are not making a crap film. [Still], everything was new and it felt so creatively satisfying. I would like to do it again.