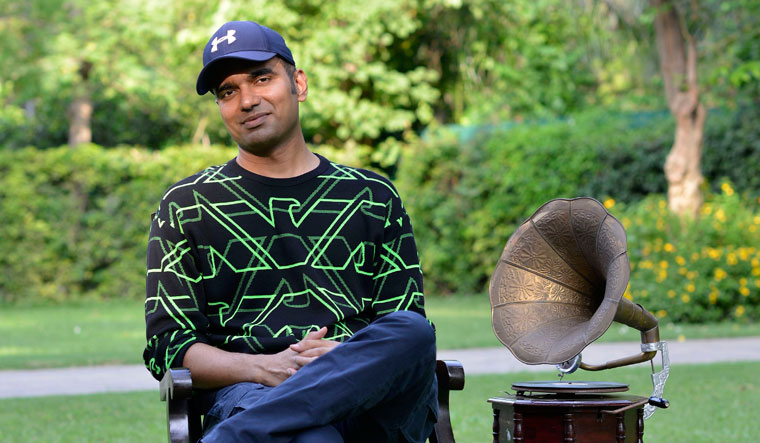 IAS officer Abhishek Singh blazed into internet stardom recently with the release of a music video which has so far garnered over 50 million views. Morphing from an officer of a service often perceived as stuffy and dull to someone who is being described as “too hot”, “superfantabulous” and “phenomenal” has been quite a ride. In the video of the song ‘Dil Tod Ke’ (after breaking my heart), Singh plays a jilted lover riding resolutely to his ex-girlfriend’s engagement with a gun tucked into the waist band of his jeans. While the role has been criticised by some for its underlying misogyny, Singh disagrees.

“The concept is dramatic but the idea is to leave a positive message that one should not ruin one’s life over such an incident,” he says. For the song, he drew from his own experience of being dumped by a woman and then throwing himself into preparing for the civil services exam which he cleared in 2011. Singh’s initiation into acting, however, happened earlier this year in a short film, the psychological thriller Chaar Pandrah. But the first offer he got was to play an IAS officer in the soon-to-be-released season two of the Netflix drama, Delhi Crime.

Singh might be the most recent, but is not the only member of the civil services to display talent beyond the confines of the job. Aparna Kumar, a member of the Indian Police Services since 2002, is the only officer to have scaled the South Pole and completed the ‘Seven Summit Challenge’—which entails climbing the highest summits in the seven continents. Hailing from Karnataka, Kumar had never seen a snow-capped peak till she landed at the Lal Bahadur Shastri National Academy of Administration for her foundation training course.

“I was mesmerised,” she says of her first sighting in Mussoorie. Then policing duties took over. The call of the mountains renewed itself during a posting with the 9th battalion of the Provincial Armed Constabulary (PAC) in Moradabad, a unit with a glorious tradition of mountaineering. Kumar found herself being regaled by old timers’ tales. In 2013, she enrolled herself in a basic mountaineering course and then did an advanced course some months later.

In August 2014, Kumar scaled the first summit in the challenge— Mount Kilimanjaro in Tanzania. Two years later, she summited Mount Everest from the northern face, inspired by her hero, George Herbert Leigh Mallory. Her next goal is to ski to the North Pole.

The mountains taught Kumar that life does not revolve around humans alone and that every adversity can be tackled by reminding oneself of how far one has come. The most important lesson, though, has been to embrace the need to pay attention to oneself. “In my initial climbs, I would be bogged down by the physical challenges of being a woman. But I learnt to take care of myself. I learnt that it was only in being happy that I could keep others happy,” she says.

Sujoy Banerjee, a member of the Indian Forest Services (1997), displays equal adroitness as a photographer and singer—hobbies through which he often propagates messages about the environment and wildlife. His photographs have featured in BBC Wildlife, National Geographic and Sanctuary Asia, besides on calendars and posters. Banerjee has also created a montage of videos and photos of the largely unsung work of those who guard our forests and wildlife. 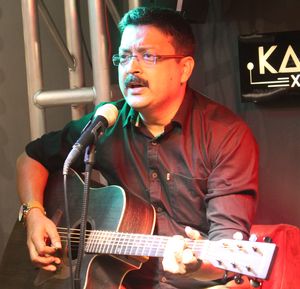 He started taking pictures (and singing) while in college and taught himself the technical skills through constant reading. Yet, over the years, his definition of good nature/conservation photography has remained unchanged. “It is one without people—not one where people stand in the foreground and nature is relegated to the background. I edit minimally as there is a thin line between a real picture and an artificial one,” he says. Photography has brought him patience and a love for solitude.

Banerjee’s musical performances moved from college festivals to bigger ones, cable networks and Doordarshan. He was also featured in the music magazine, Rock Street Journal. He sings in Hindi, English and Bangla, often playing a guitar, harmonica and bass drum strapped to his leg all at the same time. “To me, both music and photography create awareness,” he says. “I regret, though, that neither helps me capture the characteristic sounds and smells of the forest.”

Devajyoti Ray (IPS, 1999), though a self-confessed “slow, not serious painter”, has had his work included in prominent exhibitions such as the All India Fine Arts Fair (Kolkata, 2005) and the Windsor Art Fair (London, 2015). He has had solo shows at the Jehangir Art Gallery (Mumbai, 2008) and the Nehru Centre (Mumbai, 2012). Ray is self-taught and learnt by observing artists at the Academy of Fine Arts, Kolkata. He describes his style of using striking colours and bold images as ‘pseudorealism’.

“Pseudorealism is based on the idea that what we perceive as reality is often a projection of our own thoughts and deep-seated beliefs rather than facts,” he says. “In pseudorealistic artworks, we don’t see reality as in nature, but a constructed image in an unreal colour scheme and yet the image has the appeal of realism.” As an artist, Ray loathes disclosing his professional credentials. “What fun is it then?” he asks, about the reaction his work draws.

The newly famous Singh, meanwhile, believes that a fuller display of the artistic inclinations of those in the services could help humanise them. He is working towards a talent hunt called ‘World of Vardi’ (uniform) that can serve as a platform for exhibiting such skills. “This will help people in understanding the lives and challenges of those in the positions of head constables and below,” he says. Meanwhile, the music continues to play for him.