The taste of freedom

These women digital chefs are finding liberation on YouTube 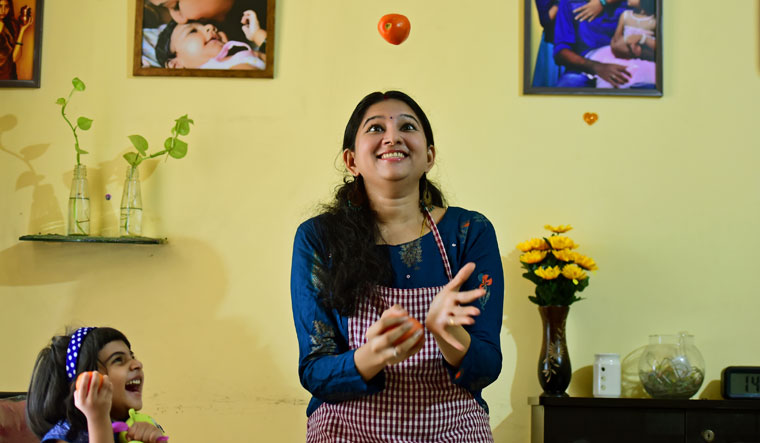 In May this year, during the lockdown, searches for the frothy Dalgona coffee saw a 5,000 per cent spike on Google, as coffee aficionados tried their hand at whipping up the creamy two-toned coffee with its butterscotch-hued foam. Just when the popularity of the drink peaked on Google Trends, Madhavi, an unassuming homemaker, got over 21 lakh people hooked to her ingenious spin on the drink—a Dalgona coffee cake—on her YouTube channel, ‘Madhavi’s Kitchen’.

For a growing breed of homemakers uploading recipes on YouTube daily, the kitchen has turned into a sanctuary, and they are enjoying unprecedented popularity. “I don’t think I have ever had as many viewers as during the lockdown. The viewership has more than doubled. As if people are just noticing their own kitchens and are relishing the joys of making their own food,” says Kabita Singh, 39, whose YouTube channel, ‘Kabita’s Kitchen’, has more than 80 lakh subscribers. With recipes that teach one how to rustle up instant jalebis and potato chips in less than 10 minutes, her average monthly viewership, which was close to two crore before the lockdown, has shot up to nearly seven crore in the past four months. 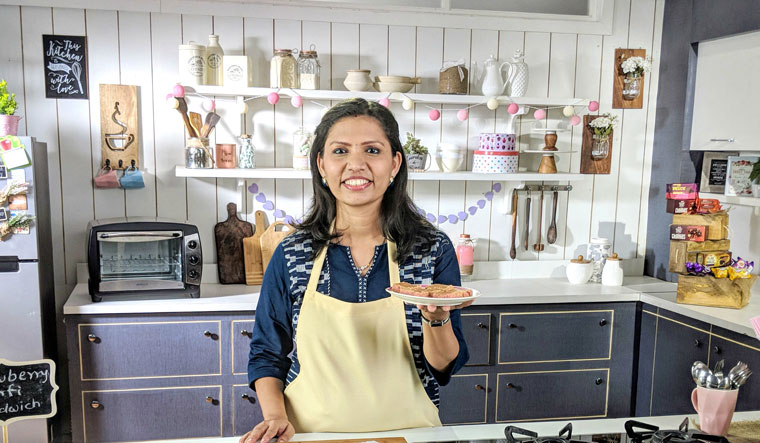 In the last five years or so, these women—essentially stay-at-home mothers, many of whom have quit plush corporate jobs—have been cooking up a storm in their kitchens, even as their husbands play a supporting role. The lockdown further amplified their popularity on YouTube as the demand for home-cooked meals that are quick and easy to put together shot up. So did an interest in learning fun ways of experimenting with everyday ingredients.

For many, like Vishakha Singh, 28, who has been consistently uploading “high on oil, but extremely satisfying non-vegetarian recipes” on YouTube since 2016, the recognition has brought a boost of self-confidence and a sense of identity. “It just made me feel so much more valued,” says Singh. “I can earn my own money by doing something that has been taken for granted [till now].”

Her feelings are shared by Madhura Bachal, who has been at the forefront of popularising Maharashtrian recipes since 2014. Food, she says, has always been the centre of her universe. Whether it is the homemade Lamington chocolate cake, honey chilli potatoes or the immunity-boosting raw mango panna with a twist, a casual scroll down her YouTube feed leaves one in no doubt about the popularity of her recipes. “I had a secure banking job which I left to follow my passion in cooking,” she says. “Of course nobody believed in me back then, but as time passed and my popularity grew, those around me began taking me seriously and realised the power of the digital medium.”

A typical day in the life of a home-based digital chef, especially since the start of the pandemic, stretches well into 14 to 15 hours of work daily, which involves preparing meals for the family and shooting at least two to three different videos. While in normal times, the creator has the help of an extended team comprising videographers, a video editor and social media managers, in the past four months, the digital chefs have been doing everything themselves. This includes chopping vegetables and preparing the ingredients, handling the DSLRs, editing, uploading and marketing. “But that has also been a self-revelation,” says Athira Vishnu, mother of a three-year-old, who has gained 800 plus followers since starting her YouTube channel last month. “I never thought I could be a pro at it,” she says. “It gives such a sense of achievement to be able to do what you want the way you want without having to depend on or face the condescension of anyone.” 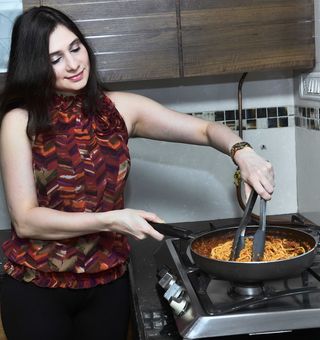 According to Chef Ajay Chopra, a former MasterChef India judge on the show’s first two seasons, the lockdown has shifted the focus from chef-centric and exotic restaurant fare to the joys of everyday cooking and home-based meals. “These women are so much more relatable in the way they come across and their essentially home-grown style of cooking,” he says. “Also, the fact that many of them are churning out fascinating stuff in regional cuisines like Assamese, Marathi and Kerala is phenomenal. They are very consistent with their videos—be it daily, weekly or fortnightly—and that is essential for YouTube to take them seriously as digital chefs.”

Banker Manish Singh, Kabita’s husband and father of their two children, has taken to helping his wife by managing her brand endorsements and handling the finances. “It is she who conceptualises everything. I only play the support function,” he says. “On YouTube, popularity makes all the difference. Kabita gets a six digit income per month for uploading at least three videos a week. She has been able to hire a few employees and contribute to the family’s income.” Close to 90 lakh people viewed Kabita’s post on instant jalebis which, according to her, can be prepared in 10 minutes.

“We have even made an e-booklet of my recipes to inspire users on WhatsApp during this time of staying indoors,” says Ruchi Bharani, an interior designer and chef with the digital platform Rajshri Food. Her tryst with cooking began after marriage when she lent her mother-in-law a hand in her kitchen, where the aroma of homemade Sindhi cuisine would linger for hours. Her recipe for dal fry, which she put up around eight years ago, was the first to get over a million views. “That time there were not as many YouTube chefs as now. So it was relatively easy to get popular,” she says.

But for Vishakha and many others like her, their top-notch cooking videos that have helped them put their stuff out there have afforded true liberation. “I am a very shy person,” says Vishakha. “So, for someone like me, it has been exhilarating to be popular only for my work and not my looks.”