When it comes to spiders, these photographers could turn your ‘eek’ into ‘wow 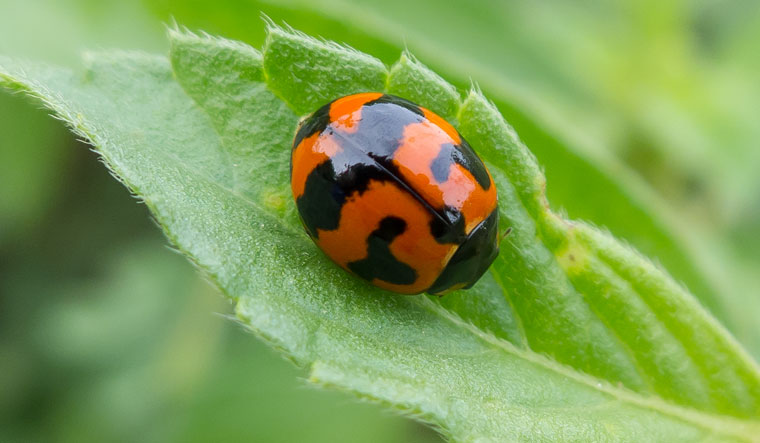 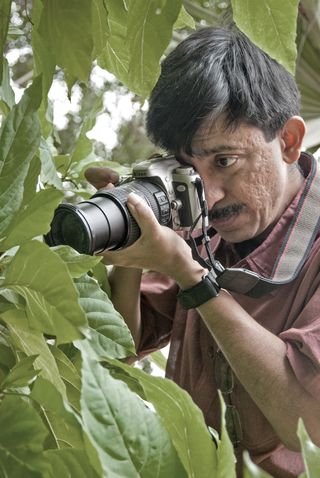 While most people squirm and scream at the sight of a spider, there are a few who reach for their cameras. While hobbyists use macrophotography or extreme close-up photography to showcase the unseen beauty in everything from rice grains to vegetables and flowers, these entomophiles (lovers of insects) want to introduce you to the vibrant world of insects.

Bugs are the most challenging subjects, as they are rarely stationary. Chennai-based photographer S. Venkatraaman says one has to go from crouching and crawling to even holding one’s breath while photographing a bug. “The bug is not going to say ‘Do you want to try another shot?’ and strike a pose,” he says. “Therefore, it is important for the photographer to not move a lot. I suggest you stop breathing when you click the picture. With analogue cameras, the challenge was to get it right in the first shot itself, as we would get to see the result only after it got printed.”

Venkat, 55, who is single now and lives with his mother, says that the photographer should study the behaviour and surroundings of the bug. Despite the fact that some of his initial assignments involved shooting lab specimens, he is against killing insects. The entomophile believes in photographing insects in their natural surroundings and working towards their conservation. The first camera that he ever used was the Agfa Click-III. Later, for macrophotography, he used the Pentax P-30 with Takumar 55mm f/2 macro lens.

But this was not love at first sight. A sound engineer by profession, it was his fascination with astronomy that triggered an interest in photography. “I sold all my audio equipment to buy my first analogue camera and other photography gear,” he says. “At the time, I had started off doing a lot of reprography work (the reproduction of documents and graphics through means like photography) as copy machines were not popular during that time. It was then that I attended a mathematics workshop, where I met a scientist who was doing research on arachnids. She wanted my help with the duplication of her slides. Little did I know what I was getting myself into.” 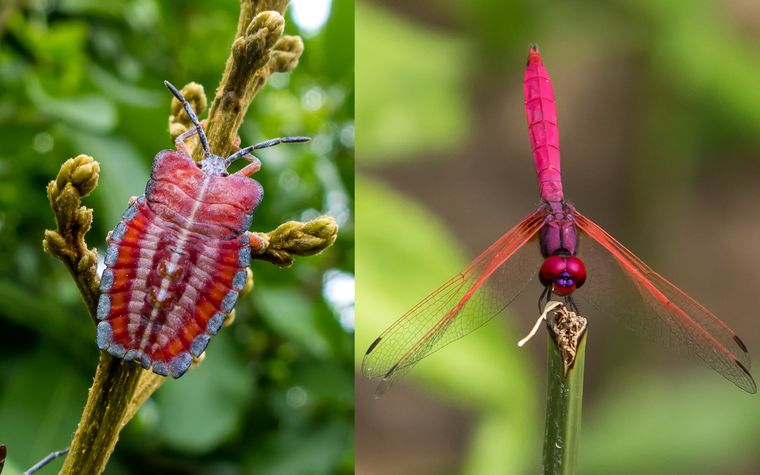 While duplicating 200 slides of spiders, he wondered why anyone would be interested to study a creature so grotesque. But before he knew it, he got caught up in the intricacies of arachnid anatomy. What started out as an assignment turned into a fascination. Taking a torch and a camera, he walked into his garden that night to discover a whole new world beneath his feet. Since then, there was no turning back.

“Apart from the duplication work, I clicked some pictures of spiders in my garden with my analogue camera,” says Venkat. “I showed the pictures to the scientist and she was very impressed. I vividly remember her asking me, ‘Are you not scared of these creatures?’ Interestingly, I was not scared at all.”

Thanks to his frequent visits to Chennai’s Guindy National Park, the officials there christened him ‘Poochi Venkat’ (poochi is Tamil for bug). “It was the most hilarious thing I heard. Every time our team went there to study or take photographs of the bugs in their natural setting, the officers would say, ‘Poochi sir has come’. The name just stuck,” he says. The moniker appears on the cover of his book, Insects: Guardians of Nature, a compilation of insect photographs from across Chennai. “I wanted to show people that despite the city’s concrete trapping, the most beautiful creatures still thrive and exist here,” he says.

Venkat has created a small insect ecosystem at home; he calls it the ‘insect hotel’. “I have spiders, beetles, ants and several other interesting bugs in my room,” he says. “The best part about it is that nobody enters my room fearing what might possibly jump out at them. It gives me a lot of privacy. I have created a small space with leaves and twigs for the bugs to settle in and be comfortable.” 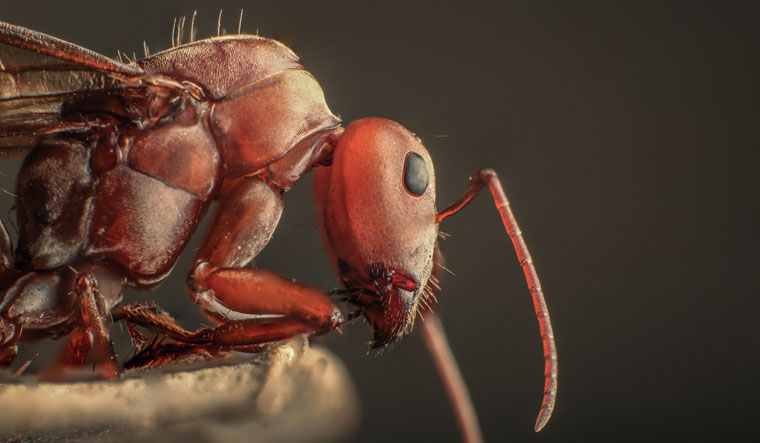 After over 25 years photographing and conserving bugs, nature has blessed him by making him resistant to most insect-induced allergies. He says he survived a viral infection from the pox family in 1997. “I was in Karian Shola for a survey during the monsoon,” he says. “The doctors were dumbfounded when they found the virus. Apparently, it had never been documented in humans before.”

According to Venkat, the praying mantis is one of the most dangerous bugs. “It can nibble off your flesh,” he says. But mantis is a favourite of Hyderabad-based cinematographer and photographer Jagadeesh Bommisetti. “There are so many species of the mantis,” he says. “I love how it studies our movement and behaves accordingly. I recently stumbled upon what I thought was a baby mantis, but it was actually a full-grown one of a different species.”

The 27-year-old entomophile calls Venkat his biggest inspiration. “I mostly photograph both live and dead insects sizing between 2mm and 5cm,” he says. “Personally, finding live insects is my biggest challenge. The dead ones are easy to find. I, too, have set up a small ecosystem in my room, so that some of the insects that I find during my walks in the park or garden get habituated to the room. After I photograph it, I let the insect go back to where I picked it from. I usually keep the insects for two to three days.” 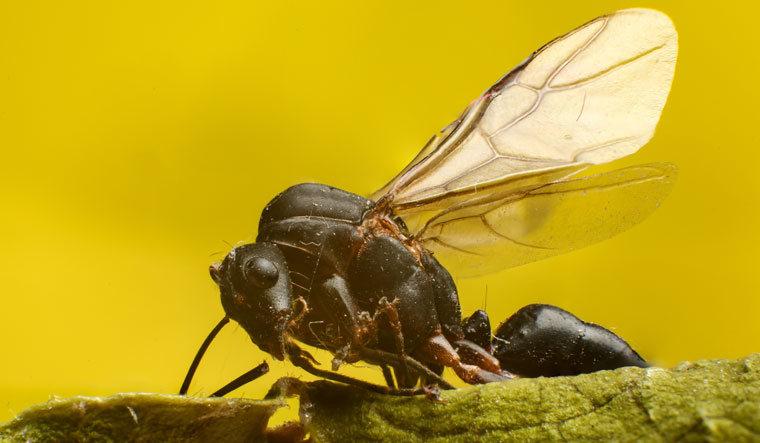 Apart from a customised macro studio setup in his house, Jagadeesh has found ways to cut costs while buying photography gear. “Generally, macrophotography requires a dedicated macro lens, but I achieve life-size images of 3x to 5x magnification by using different hacks like extension tubes, reversal rings and focus bracketing techniques,” he says. “When it comes to extreme macro, one needs to take multiple images (layers) of the same subject. As I do not use macro lens or a macro rail, it takes around three to four hours to photograph an insect. And then the stacking of the layers and processing take another one or two hours based on the complexity of the bug. One photograph can be between 15 and 20 layers.”

Apart from the technical know-how, Jagadeesh says patience is key in the entire process. According to him, macrophotography is very different from normal photography. “I work with two extreme sets of subjects—one that listens to instructions and strikes poses accordingly and the other that has its own mind. Sometimes, I have to keep reminding myself that the insects are not actors,” he says. 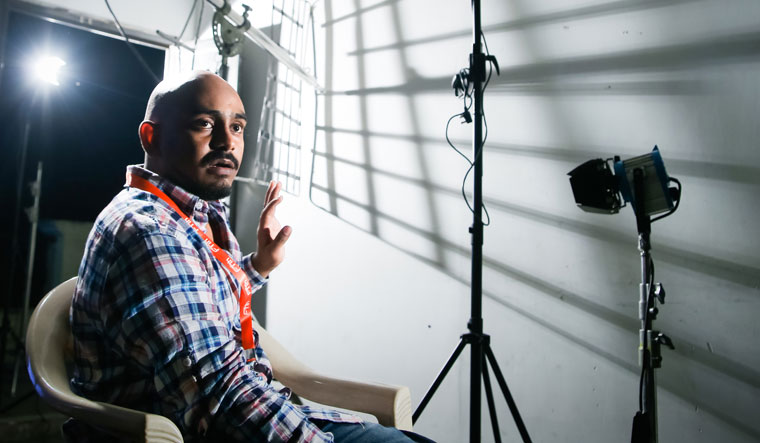 Unlike Venkat, Jagadeesh is not into full-time macrophotography, but currently he is in the process of documenting bugs found in the wetlands of Andhra Pradesh. “There is no fixed income in this field; it mostly depends on the assignments we get,” he says. “Depending on the difficulty of the task, the remuneration fluctuates. As of now there are not many photographers in our country who have ventured into this field. This means that entomologists need our help.”

As for Venkat, he is busy with a couple of projects with the Agriculture Department of Tamil Nadu and some other entomological work, apart from his personal lockdown documentation of bugs. With a kitty full of bug stories, achievements and experiences, Venkat also trains and inspires young photographers to take up this niche area of photography. “Thanks to advanced digital technology, we can now see photographs beforehand and take multiple shots without the tension of wasting film. There is so much that can be done,” he says. Who thought bugs would be treated like celebrities? Time to take a closer look. Literally. 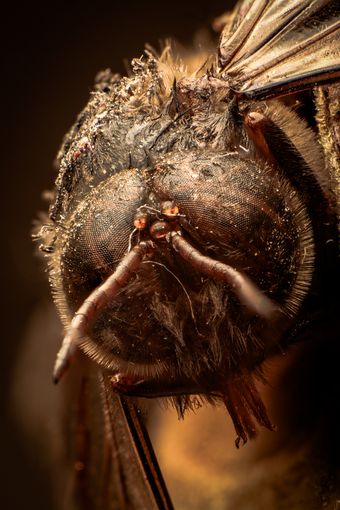