Shoojit Sircar knows exactly how to bring his characters to life 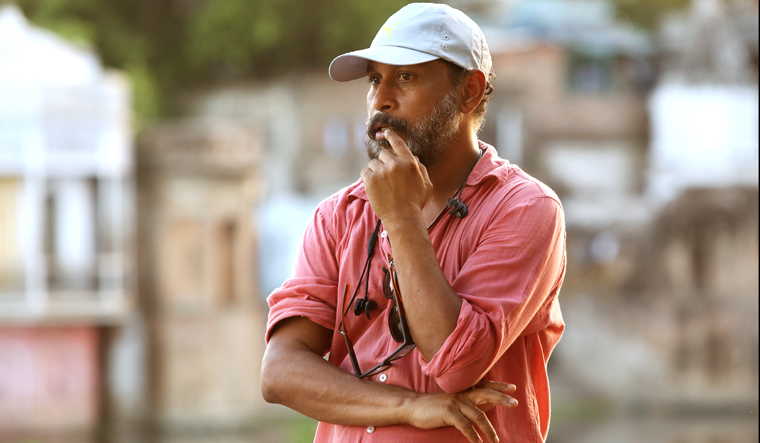 There have been many cyclones,” proclaims Shoojit Sircar in a telephonic conversation from Kolkata, a few days after Cyclone Amphan hit West Bengal and Odisha. “The first was [the death of] Irrfan (Khan).” It was Sircar’s heart-breaking tweet that intimated many about it in April. “It took me so much time to come to terms with that,” he says. “I have not been able to, though. In his final days, as his health deteriorated, we were trying to figure out what was going to happen. I was still hopeful that he would fight back. I still feel his presence all around me.”

Then came Cyclone Amphan which, he says, has been devastating. “You feel so helpless looking at the devastation, and you cannot do much,” he says. “Villages have been wiped out completely. But people are doing their best to help, and that is what matters.”

In between these two tragic events came the announcement of Sircar’s upcoming film, Gulabo Sitabo, which is set to release on Amazon Prime Video on June 12. The news rattled multiplex owners; one chain even threatened “retributive measures”. The film was supposed to have a theatrical release in January, which got pushed to April, and then it was impacted by the lockdown. “At some point, the [owners] will have to understand, and they will,” he says. “We will also talk to them.” He says that everyone has to adapt to the situation as no one has experienced such a pandemic in their lifetime.

“I have a habit of taking the film to the audience as soon as it is ready,” he says. “We are not a big production house, we make and release one film at a time. I did not expect the rattle that followed, but I have tried explaining to the theatre chains that this is not the only film I am going to make. There are going to be many.”

The film reunites him with Ayushmann Khurrana, with whom he had worked in Vicky Donor (2012), and Amitabh Bachchan, with whom he had worked in Piku (2015) and Shoebite (unreleased). Also onboard were frequent collaborator and writer Juhi Chaturvedi, cinematographer Avik Mukhopadhyay and music director Shantanu Moitra. Sircar says that before making any film he gauges if the story is challenging enough for him to enjoy the process. Initially, when Chaturvedi introduced the idea for Gulabo Sitabo, Sircar thought it could be an enjoyable process and started fleshing out the script, still unsure whether to set it in Delhi or Lucknow. But as the story took shape, Lucknow seemed like a better fit. 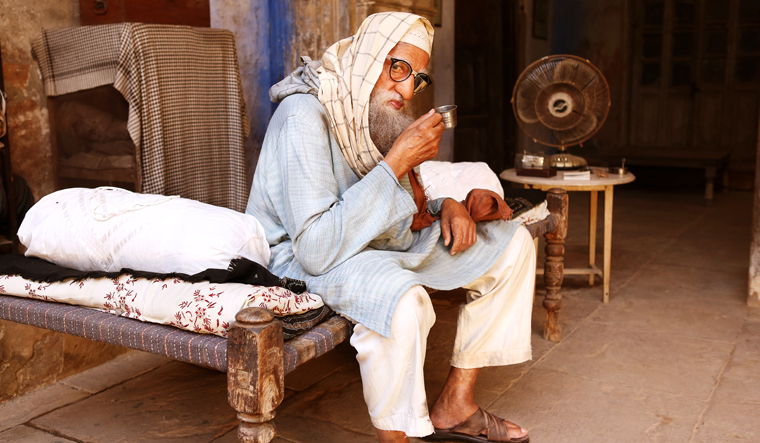 Face Off: Amitabh Bachchan and Ayushmann Khurrana (below) as their characters in Gulabo Sitabo

The title of the film was inspired by the Gulabo Sitabo puppet theatre, an art form that is synonymous with Lucknow and revolves around two women, one older and the other younger, usually trading insults in a humorous way. The film tells the story of the conflict between an elderly landlord, Mirza (Amitabh Bachchan) and his young tenant, Banke (Ayushmann Khurrana).

Sircar says that it was not easy to get Bachchan onboard. “He takes a little time [to agree],” he says. “But I think he trusts me. You cannot go to him with simple characters. You have to go to him with ones that really challenge, steer and exhaust him. I believe this character is one of the most exhausting ones that he has done.”

Bachchan is shown to be an old, bent man with a jutting nose. “The most difficult part of creating the character of Mirza was [ensuring] that nobody would recognise him as Mr Bachchan,” says Sircar. “I always wanted him to be recognised as Mirza. We have achieved that quite well because he really looks like a character from old Lucknow. We started by referencing the looks of [the Pashtun leader] Abdul Ghaffar Khan and a portrait by the Russian pencil artist Olga Larionova. We just kept improvising until coming to the final look in the film.” 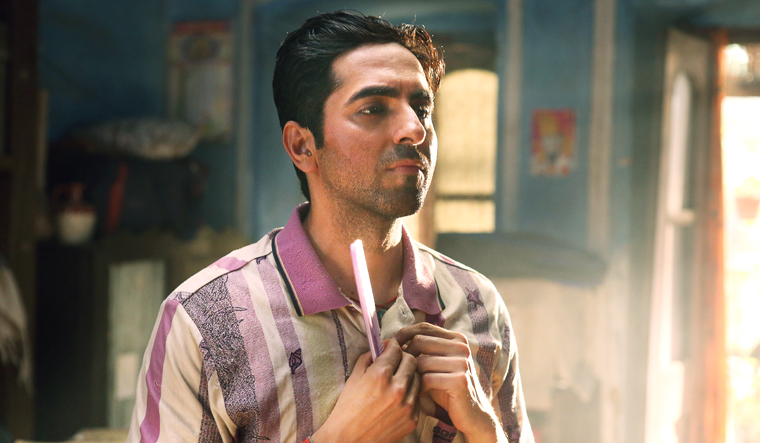 But his ultimate aim was always to create a believable and distinct world. “My films are always about the world,” he says. “In Piku, it was all about that. There was no plot as such. You place the camera in front of a family and just see the zindagi ka tamasha (circus of life),” says Sircar, who is trying his hand at satire for the first time with this film. “Watching the trailer, you might think that the film is just about property disputes and material attachments, but it goes much beyond that.”

For Sircar, who started his journey with advertisements, it is the experimentation in filmmaking that keeps him going. “There is no point in doing the same thing without challenging your philosophies,” he says. Maybe that is why he makes such different films, from a political one like Yahaan (2005) set in Kashmir, to the delightful Vicky Donor and Piku, to the heart-wrenching Madras Cafe (2013), and the solemn October (2018). Although he keeps juggling genres, it is not that which drives him, he says. Rather, it is always the stories. The challenge, he says, is in knowing when not to cross the line. In Vicky Donor, for example, it would have been very easy for it to become slapstick humour. He had to be careful about it.

The trailer of Gulabo Sitabo has got more than 40 million views on YouTube, which is the most he has got for any of his films. Yet, people have told him that it was not funny enough and should have elicited more laughter. “I told them they should watch TikTok for a laugh,” he says. “I cannot guarantee laughter in this film, but I can assure you that there will be a smile throughout.”

His next film, Sardar Udham Singh, starring Vicky Kaushal, is tentatively set to release next January. For now, he is enjoying the lockdown at his home in Kolkata. “I am not in a hurry to do things,” he says. [Lockdown] has given me time to be with myself without having to deal with the world’s commotion. The only thing I regret is not being able to go and meet Irrfan for the last time.”