A delicious take on a forgotten romance 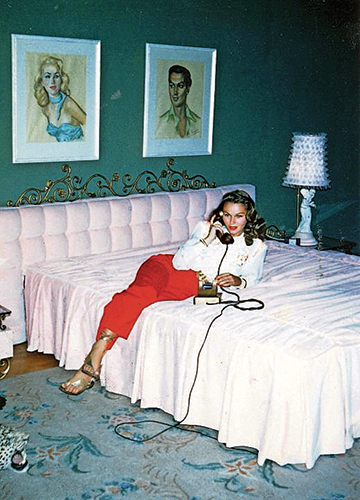 It was a scandalous love story. With independence from the British just a breath away in 1947, the single, well-educated and dashing maharaja of Cooch Behar—Jagaddipendra Narayan—fell in love with and married Hollywood actress Nancy Valentine. There was opposition not only from Narayan's mother, Indira, but also from the government.

All this and more makes The Star of India a delicious and racy read. Set in one of India’s most tumultuous periods, the book is by Diana R. Chambers, who has been living with the story in her head for decades. "The government was very afraid that Valentine as a foreigner could transport a lot of valuables out of the country," says Chambers.

Buried in gossip columns is this story that shocked India and delighted America. Valentine was ambitious and beautiful, and swept off her feet by a real-life prince. "She was the product of the studio system," says Chambers. "They took these unsophisticated young people and trained them. She came out of it a more sophisticated, worldly person that met the maharaja."

Chambers conjures up the glamour, the dazzle, the intrigue, the danger and the seamier side of the period in this lush fictional version of the story. It is the decaying world of the Indian royals with all its stereotypes colliding with the ultimate Hollywood fantasy that Chambers brings alive with descriptions. "I think there is an arc in Nancy’s character," she says. "She was a young woman thrust into a world way beyond her background. For her to come all the way to the royal world and the expectations she had to meet, she had to really grow into that. I admire her for that."

The romance of Valentine and the maharaja is true, but to add to the texture, Chambers added other elements: a communist plot, a cursed Mughal ruby and palace intrigue. At the heart of the book, however, is the impossible love story and a woman who never forgot. Chambers spent considerable time with Valentine before she died. She left Chambers her memoirs and photographs as well.

Valentine left India pregnant. Her daughter was stillborn. She and Narayan never met again. Letters were exchanged, but they both knew when she left India that their fate lay elsewhere. Valentine married again, but hung the prince's portrait above her bed. Even the skin of the tiger that Valentine had shot in India was kept in her closet. "These were the most precious memories of her life," says Chambers. "Despite having two daughters later, she loved him." 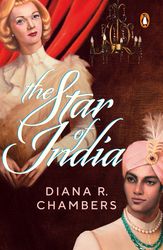 THE STAR OF INDIA