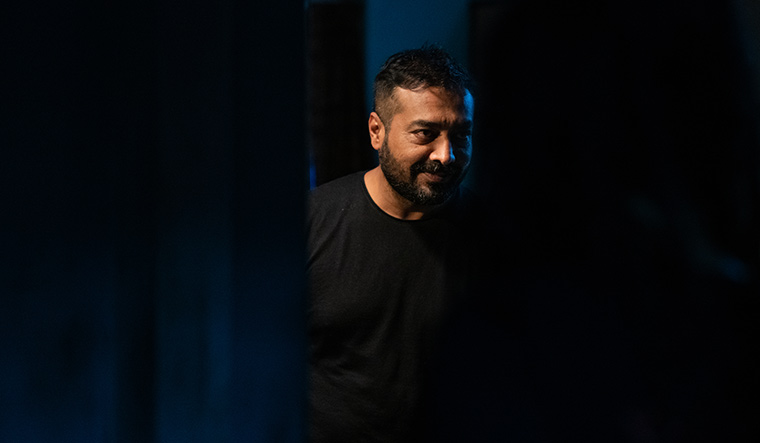 Anurag Kashyap has much to say. And his followers on Twitter have been listening intently over the last two months in lockdown. Most of the time, the Bollywood director tweets to express his disappointment with the Central government's action (or inaction) over various issues. Occasionally, he praises the "surprisingly" good governance of Maharashtra Chief Minister Uddhav Thackeray. And then there are times when, like a true cinephile, he suggests good movies to watch. From the classics of Alfred Hitchcock, Billy Wilder, Josef von Sternberg and Martin Scorsese to the 2019 Spanish film The Platform, a range of genres finds space on his Twitter profile.

It is only fitting then that his next film, Choked: Paisa Bolta Hai (a Netflix original streaming from June 5) seems like a confluence of many films while still having the Kashyap stamp. It is the opening score that strikes. Inspired by Federico Fellini’s 8½, the track sets the tone for the story of a bank cashier, Sarita (Saiyami Kher), who is often cash-strapped and frustrated with her unemployed husband, Sushant (Roshan Mathew). When she discovers a stash of cash flowing out of her kitchen sink every night, it brings new meaning to her life. But things take an interesting turn when the demonetisation is announced by Prime Minister Narendra Modi in 2016.

One wonders if the film is too personal for Kashyap, who has been a vocal critic of the demonetisation as well as the Modi government. "For me, it is a very emotional film," Kashyap tells THE WEEK on video call. "A lot of people would think that it is personal, but it is not." He adds that Choked was inspired more by films like The Lunchbox than anything else. "We wanted to tell the story of this couple in love. The script had come to me in 2014-2015," says Kashyap about the story presented by Nihit Bhave at FICCI Frames’ Script Bazaar. “By the time we got to making it, demonetisation happened and it had to be a part of the film. We brought that into the script."

But he did not want to thrust his political ideologies into his characters, but rather explore the humane aspect of two lower middle-class people struggling to survive. "I have seen so many stories of couples coming to Mumbai to live their dreams," says Kashyap. "Sometimes they make it, most times they don’t. What happens then? Have you seen Abhimaan? I love that film. Those films have been the inspiration, and then I tried [making] it like a thriller. It is about love. It is about the power equation in a marriage when a wife is working and is let down by the husband, who holds on to his artistic ego and does not want to be lesser than what he thinks he should be. I call it a Sai Paranjpye thriller." 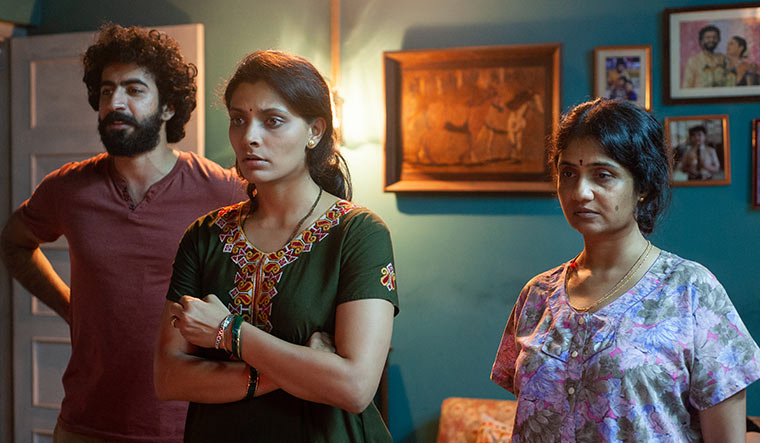 It is a surprise, however, that the trademark Kashyap angst, prominent in most of his films, is not the driving force of this one. “I think you find humour at some point in your life. That is the case with this one. I was very objective while making it,” he says. Getting a new perspective on life and finding newer stories are also the result of his collaboration with other writers, something he seems to have embraced in the last five years, starting with Manmarziyaan that was written by Kanika Dhillon. “I thought I was making one kind of film all the time, because of which everybody expected one kind of a film," says Kashyap. "Like you said, the angst was missing. I wanted to explore ideas that go beyond me. So, I had to find writers who are socially aware and always in context to tell a whole lot of stories."

The film has turned a new chapter in Kashyap’s life in another way, too. It is the first from his new production house, Good Bad Films, after shutting down Phantom Films in 2018. But nothing much has changed in terms of its functioning. "I am not in a zone where I want to make a studio," Kashyap says. "What it does is it lets me explore all kinds of genres that I want to do as a filmmaker without the fear of having to run a studio. It also has to have some value. It is all about what I want to do. The whole idea of making a big company and ruling the world [does not interest me]. It is [rather] a place of convenience for like-minded people to come together and do things in whatever scale, small or big. Kaam karenge, acha karenge. (I will do my work and I will do it well.)” 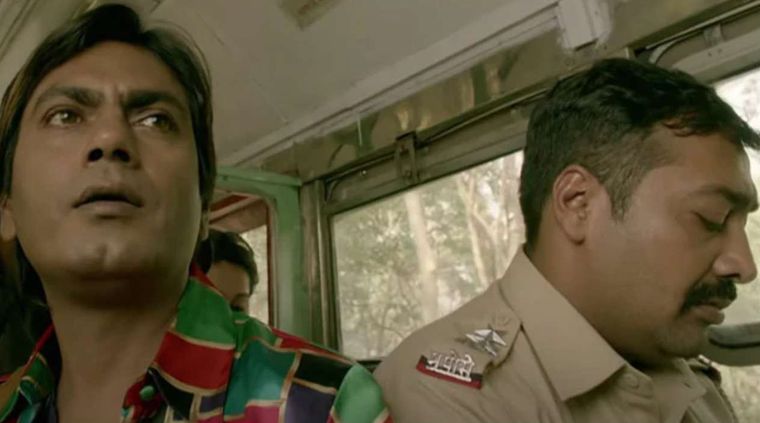 Kashyap and Nawazuddin Siddiqui in Ghoomketu.

The director gives a sheepish grin on the mention of his recent acting stint in Ghoomketu. He plays a rather amusing character in the Nawazuddin Siddiqui starrer that released on May 22 on ZEE5. Kashyap has made on-screen appearances in films such as Akira, Happy New Year and Luck By Chance, but it is not something he likes. “I keep getting pushed for acting and I am also emotionally blackmailed into acting. I try to keep the power in my hands so that nobody does that, but then somebody like Vikramaditya Motwane comes and says you will have to do AK versus AK... and you have no way out," he says about Motwane’s upcoming film starring Anil Kapoor and him.

Right now, he is focused on his health regime, cooking and writing. “I have content for the next five years. I have been able to spend enough time thinking of ideas that can be fleshed out,” he says, even as one wonders how he manages to make time for work, personal life and his regular Twitter activism. "I have limited my time on social media," says Kashyap. "I have very strict rules. I work, write and do a lot of other things. I only go on Twitter when my friends draw my attention to a certain issue." He adds that on the political front right now, everyone is under a cloud of uncertainty, trying to figure out what is going to happen. "Everybody is struggling," he says. "Some places you see intention and some places you see self-preservation. That is the politics going around the world."