Here are the hallmarks of Jyothika’s second acting stint 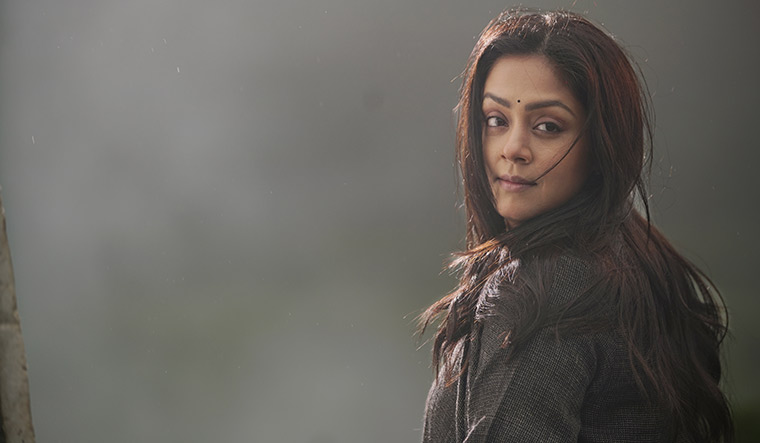 Tamil Nadu may be struggling to contain an epidemic explosion in the state, but the crisis was not enough to distract many from a twin storm involving actor Jyothika. First, social media users in the state attacked her when a clip of her speech at a recent award ceremony went viral. In it, she asks why hospitals and schools are not receiving donations as much as temples do, after her experiences while shooting for Raatchasi (2019). Her husband and actor-producer Suriya stood by her, issuing a strongly worded statement saying “let us sow love”.

Only days later, the couple were involved in another controversy after it was announced that her new film Ponmagal Vanthal would have a digital release on Amazon Prime in May, skipping its theatrical release. It resulted in a war of words between producers and theatre owners in the state as the couple silently fought to create a new normal for digital releases of small-budget films. The exact release date is yet to be announced as theatre owners have threatened to boycott all future Suriya’s movies.

In the eye of both storms is a soft-spoken woman with an impeccable reputation in the industry. Seldom has an actor been so admired by Tamil women that she commands a fierce loyalty, even in her 40s. But Jyothika is a rarity, and has inspired many homemakers in the state, particularly after making a comeback in 2015 following a lengthy break.

“For every actor, director and producer, it is a dream to have their films released in a theatre. It is an accolade, seeing the fans cheer the movie in a theatre,” she tells THE WEEK. “But when the situation is extraordinary, my contention is ‘Let us all face it’. By the time Covid-19 ends, the smaller films might not get enough space in the theatres. So, I feel it is fair to give small films a platform. I feel OTT is a podium for small films during such difficult situations.” 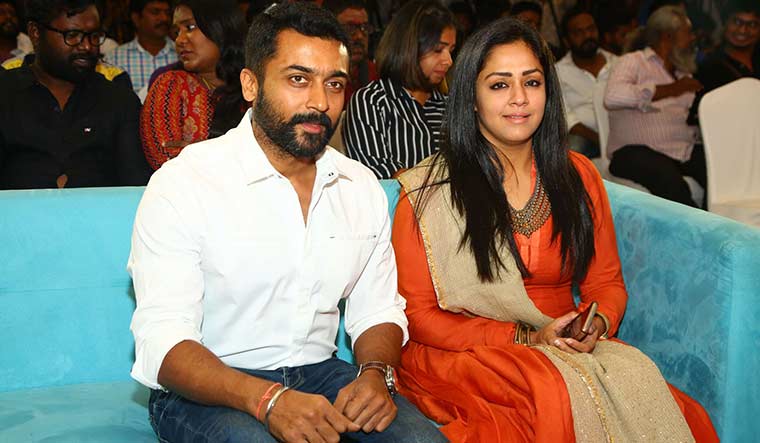 Ponmagal Vanthal will see Jyothika take on a character she has never played before—an advocate who fights a male chauvinistic society. Her fierce role is in stark contrast to that of the cute, bubbly characters with which she made her name in the early 2000s. Jyothika debuted with Priyadarshan’s Doli Saja Ke Rakhna (1998) before entering Kollywood in Vaali (1999), playing a second heroine. She came to be known as Jo among her new crop of fans; post-Vaali, her film career rose steadily. She played lead roles opposite Suriya and Vijay and then with Rajinikanth in Chandramukhi (2005) and Kamal Hassan in Vettaiyadu Vilayadu (2006).

She faded out a couple of years after her marriage to Suriya in 2006 and the birth of her two children. But in 2015, when their beloved Jo was only remembered as a yesteryear actress who married a leading hero, she was back for round two. While many women actors make such returns only to play supporting roles as sisters or mothers, Jyothika chose strong characters that would fit her age and physique. “It is God’s grace that I got an opportunity to work in a film like Ponmagal Vanthal,” she says. “I am really thankful to director [J.J.] Fredrick for making me play the character. But I am also on a look out for such films that have strong characters.”

With Revathi in Jackpot

Her second stint began with 36 Vayadhinile (2015), the remake of the Malayalam film How Old Are You? (Incidentally, the original had also marked the return of Malayalam star Manju Warrier after a 14-year break.) Though the movie did average in the box office, it laid the foundation for Jyothika’s resurgence. It was a movie that invigorated Tamil homemakers who yearned to go beyond their household duties.

It was a period when the Tamil film industry saw a wave of women-centric films, a rarity in the region. The women usually played second fiddle to a popular hero or a loosu ponnu (impressionable girl). Jyothika’s new avatar provided a boost for scripts with women in the lead. “To me, as an actor, there is nothing called women-centric or male-centric,” says Jyothika. “The protagonist is played by a female artist and not a male. Women are always equal to men. We can perform heavy roles or light roles like heroes when we have the confidence in ourselves.”

She ensures that she gets her scripts at least two months before the shoot commences, especially since her comeback. She wants to go into the sets fully prepared. “For Ponmagal Vanthal, I did extra homework and memorised all the dialogues, because I was up against [R.] Parthiban in a courtroom drama. There are a lot of lengthy sequences,” she says.

The second film after her comeback was Magalir Mattum (2017), where she played a young documentary maker, who takes her mother-in-law on a surprise trip to reunite with her friends. Next was ace director Bala’s Naachiyar (2018), where she was a foul-mouthed, aggressive cop who made her fans flinch. She prioritised this over an offer to play the character that Nithya Menen eventually did in Vijay’s Mersal. By doing this, she once again signalled her intent to only play characters that challenged her. She had a highly successful 2019 with Raatchasi, where she played a school headmistress, then as a tough cop again with Revathi in the comedy Jackpot, and finally in the family drama-thriller Thambi, with her brother-in-law Karthi.

“Jyothika has definitely broken the [mould] in Tamil cinema with her comeback,” says film critic Sreedhar Pillai. “No actress has had a successful stint like hers after a break. If Ponmagal Vanthal does well on OTT, she becomes a star on this medium and her career gets extended. She has taken a wise decision.”

When asked about women being abused on social media, in light of the recent attacks on her, Jyothika says there is an imbalance of sorts. “When a woman talks about equal rights she is labelled as a feminist, which itself is a wrong term,” she says. “We don’t say we want every right above men. We only say equal rights. Generally, women’s terms are always exaggerated. It is an imbalance I feel.”