Ayushmann Khurrana has made many unusual choices in his career 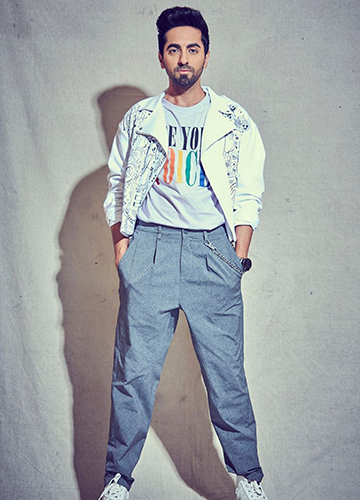 As we talk about his uncommon lead roles, actor Ayushmann Khurrana smiles. “This is a genre that was created with Vicky Donor [his debut film, in 2012, in which he played a sperm donor]. It is like asking Tiger Shroff to quit action [films],” he says.

Three of his last four films saw him taking up characters that the typical Bollywood hero would prefer not to attempt: Badhaai Ho (2018) saw him as a young man struggling to come to terms with his mother’s late pregnancy; in Dream Girl (2019), he is someone who mimics a female voice and lands in trouble; in Bala (2019), he deals with premature balding. Article 15 (2019), in which he played a tough cop, was an exception. Now, in his latest film, Subh Mangal Zyada Saavdhan—that will be released on February 21—he plays a gay character along with Jitendra Kumar.

Bringing LGBTQI characters into mainstream Hindi films has always been difficult. The characters are often stereotyped, or the films tackling the subject are too serious. And, most mainstream actors shy away from gay roles. However, Khurrana “was actively looking for a script based on homosexuality”. He recalls how during the shooting of Dream Girl—a film based in Mathura—he saw two boys kissing in a parking lot. That was the moment he thought, “We are ready for this film [SMZS]”.

Directed by Hitesh Kevalya (writer of Shubh Mangal Saavdhan [2017], in which Khurrana played the role of a man with erectile dysfunction), the film’s trailer has been lauded by many for its boldness. Besides breaking stereotypes, the trailer features a kissing scene between the two lead characters.

He adds that one of the major reasons for this film to be made right now is the decriminalisation of Section 377. “We are taking baby steps towards becoming a progressive society,” he says. “This is a film that will address those who are averse to homosexuality. [But] it is not that we are making a serious, preachy film or a festival film.”

Khurrana knows well that an actor needs to have empathy with the subject. “I know a lot of people from the gay community,” he says. To understand the intricacies of a gay relationship, he is now reading Philippe Besson’s book Lie With Me.

What bothers him is the fact that a lot of people have the notion that a same sex relationship is not normal or natural. Director Kevalya and producer Aanand L. Rai wanted SMZS to have a commercial tone. “So that people, at least, come for the sake of entertainment, and via entertainment we can give a message,” says Khurrana. “We have avoided subtleties. It is a very front-footed film as far as entertainment and the messaging is concerned. We have underlined everything, even the scientific facts behind things.” 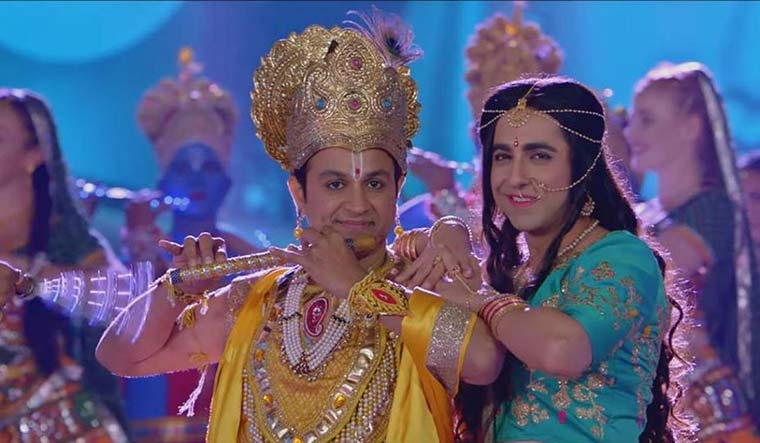 After SMZS, he has Gulabo Sitabo in April and that will reunite him with Shoojit Sircar, director of Vicky Donor. Gulabo Sitabo will see him sharing screen space with Amitabh Bachchan for the first time. “He is a megastar for a reason,” says Khurrana. “Because he has been a learner all his life. He has been with the time. That is the mark of a successful actor.”

Time is of utmost relevance for Khurrana. Eight of his films have been back-to-back hits. Living up to the image could build pressure for many. But, he says the success, if anything, has given him the courage to choose scripts that are radical. “It gives me more confidence to take risks. I have built my entire career on risks,” he adds. 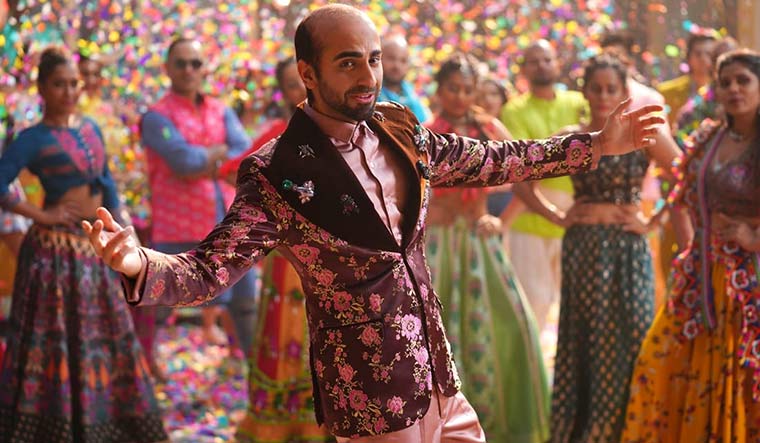 He has been lauded for his script selection. “[But] I can never be overconfident about it,” he remarks, and practically points out that “what is relevant right now may become irrelevant two years from now. The idea is to just keep up with the changing times. That is not always possible, but I try my best because I consume my script like an audience member.”

He has nothing lined up after Gulabo Sitabo, and is actively looking for an action-thriller. “Once in two-three films, I like taking a detour [from the “Ayushmann films”], break the mould and again come back to this,” he says. 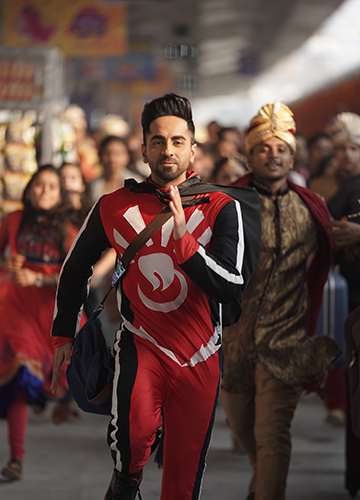 Khurrana has made inroads in the film industry step-by-step—from dabbling in theatre in Chandigarh, his hometown, and participating in the reality show Roadies to being a radio and video jockey, and finally doing films. The advice that has stuck with him all along is the one that came from filmmaker Aditya Chopra. “He told me to promise to the audience that whatever I give to them will be different. That was immediately after Dum Laga Ke Haisha (2015), as that was my comeback film,” he recalls.

Between Vicky Donor and DLKH were three consecutive flops, the last one being Hawaizaada (2015). He considers that period as a learning phase. “I believe that success is a very lousy teacher,” says Khurrana. “You win some, and sometimes you learn. Those three films affected me as an individual. I became a more mature person. I started to follow my gut and intuition. I was always looking for validation earlier. But after those three films, I thought I would just listen to my heart like my first film.” The actor said no to almost five films before choosing his first film. “I thought I would never get a second chance if I do not hit the bull’s eye in my first film,” he says. “And that happened. After that, I [started] going with projects, [and] who is involved in it. But I realised there is nothing like a project—there is only good scripts and nothing else.”

And, that is the rule he wants to stick to for as long he can. While he believes that content is king, he does not chastise the star-system that has ruled the industry forever. “The successful actors, or the superstars, are success stories because of the choices they have made,” he says. “We have no dearth of great actors or talent in our country, it is just that you have to have a certain vision where you see yourself and how different you could be from others. That is the difference between a star and an actor.” He points out that starvalue can become a bonus to a good script. “Most of my initial films were only word-of-mouth films.... The opening was bad,” he says. “But now, I have started getting openings. Now, I am supporting the good scripts; earlier, good scripts were supporting me.”