Rupees and a new roof 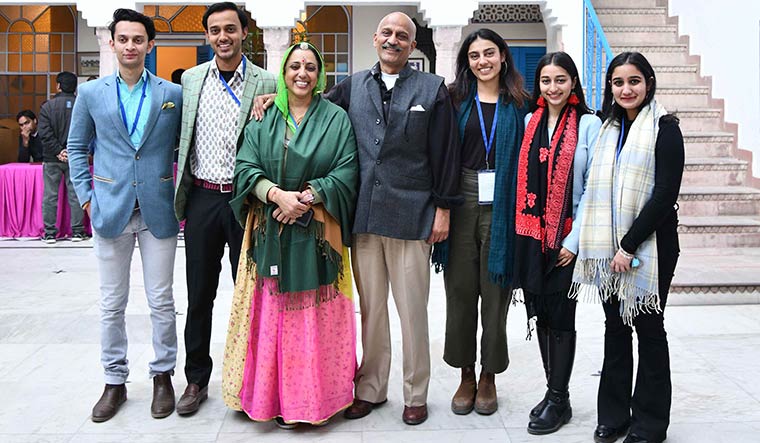 Thakur Ram Pratap Singh, the lord and master of Diggi Palace in Jaipur, loves his garden and agonises over each blade of grass. For four days every January, when the Jaipur Literature Festival takes place there, a few lakh people trample on it relentlessly. Singh has a solution, though—manure, huge quantities of it. It helps that the palace has many cows and horses. “It is back to green in March,’’ he says triumphantly.

Despite the attack on the grass, the JLF, for the 16-member clan of the Diggi royal family, is like a much favoured child. The palace was built in 1860 by Thakur Saheb Pratap Singh Diggi from the ruling family of the Diggi principality. In 1991, it was converted into a heritage hotel. It is a ritual perfected year after year. The nine horses are taken to the Polo Club. The food served to speakers and delegates is grown organically. The cows are tethered to ensure their mooing does not disturb the festival proceedings.

Three weeks before, the many peacocks of Diggi strutting imperiously through the sun-lit courtyards are trained to feed higher up, on the roof. “The tenting bothers them,” says Jyotika Kumari, Singh’s wife. Straight out of a fairytale, the palace is an oasis in the midst of a crowded city. A magical, almost mythical, place, it is the perfect venue for a literary extravaganza like the JLF.

The JLF, which took place from January 23 to 27 this year, just entered its teens. And like all adolescents who straddle the worlds of adulthood and childhood, it is grappling with anxiety. Much admired, the festival has been replicated in seven places across the world. However, it is facing perhaps its biggest challenge today—the prospect of having to leave the cocoon of home next year. “It is not certain that we are leaving Diggi,” says William Dalrymple, director and co-founder of the festival. “It is still very much under discussion. We want to stay. Diggi wants us to stay. Everyone loves the venue. I am still hoping that we can find a solution to keep the residents of the area happy.” 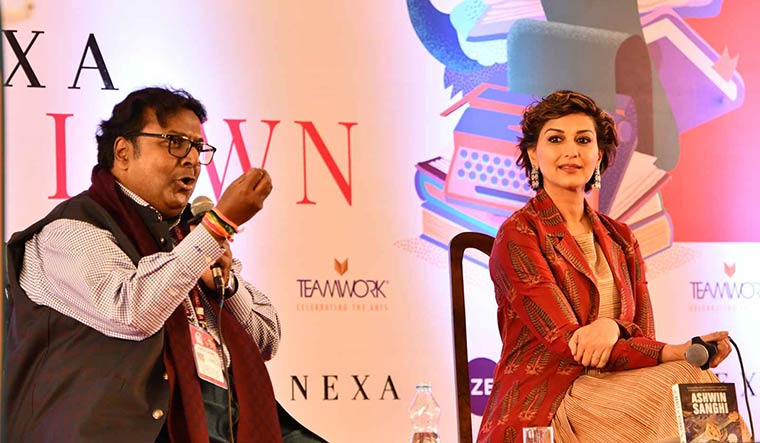 This is the not the first time that there has been an attempt to move the festival to less crowded surroundings. This time, however, the authorities seem more determined. In a meeting chaired by the Rajasthan chief secretary D.B. Gupta earlier this month, the JLF organisers were given a provisional permission for the last time. “We totally understand and appreciate the administration’s point of view,” says Sanjay Roy of Teamwork Arts, which organised the festival. “Our representation is that it has been happening here for 13 years. It is heritage.... It is really about the romance in every stone of the building.” Alternate venues being explored include Hotel Clarks Amer, Jalebi Chowk, and even Jal Mahal—each venue might be safer, but a little less warm.

The festival has now become synonymous with the palace. Stamped on the minds of the visitors are its yellow walls, the dangerously steep staircase that leads to the sunny press terrace, and sprawling lawns. It is in the once-deserted Durbar Hall that the JLF was born on a cold January day, with, as legend goes, 19 attendees. Mira Kapur, the new literary director of the coveted JCB Prize, says she stood there and just knew that the festival had to be held there. That indescribable magical quality is still there. 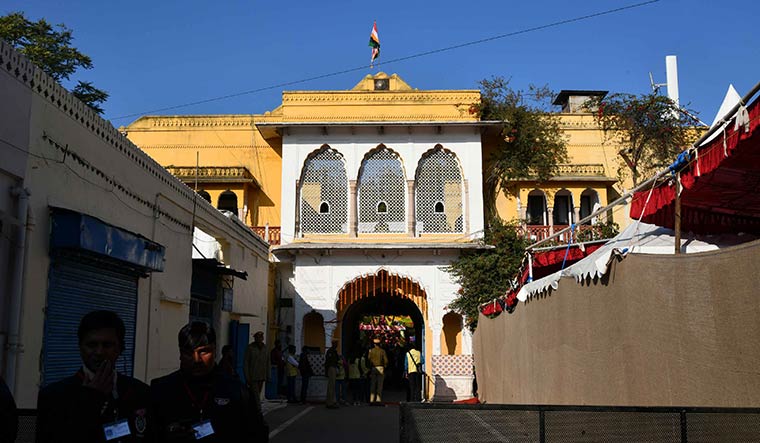 The entrance to the Diggi Palace | Sanjay Ahlawat

Over the years, the JLF has grown from 200 attendees to a few lakh. So has Diggi Palace; each time, a new venue is added. “Someone asked me whether Diggi has become too small for the JLF,” says Roy. “I said that Diggi may be small for our needs, but its heart is so big that it can—much like Krishna’s famed vessel which never ran out of rice or like the story of Jesus [multiplying the fish]—accommodate people purely with its generosity of spirit.”

The JLF went smoothly this year, with its freshly-brewed coffee, invigorating discussions and impressive lineup of writers—from Sonali Bendre to Elizabeth Gilbert (Eat, Pray, Love). But behind the veneer of perfection, there are lingering issues, like the fund crunch it is facing. According to Roy, except for two years, the festival has never been a money-spinner. “Money is very tight,” he says frankly. “I don’t know how the company will recover. It has been a very difficult year. We had a similar situation six years ago, but were able to pull through.” He hopes they will be able to do so this year as well. He is worried though, as the economy is doing so badly. “Some people have not been able to support us even if they wished to,” he says. 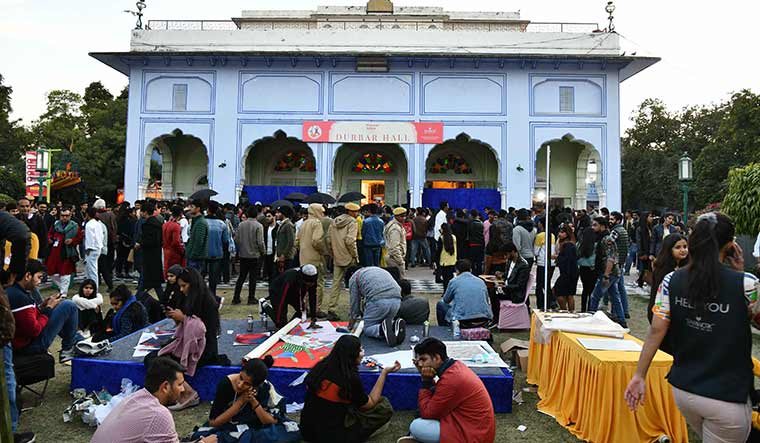 Durbar Hall, where the JLF was born | Sanjay Ahlawat

Apart from the dynamics of money, other things have changed, too. Hours before the first day of the festival, the JLF Insider—an anonymous Twitter account started in 2014 that has gained a cult following because of its acerbic take on the festival—tweeted that it would give the festival a miss this year. “Snark during times like these just feels out of place,” was the reason given.

In the current political scenario, dissent is dangerous. To its credit, the JLF has not taken a biased stand. Different ideologies were free to be expressed. The views of vocal critics of the government, like Shashi Tharoor and Nandita Das, were counterbalanced by voices from the right, led by Swapan Dasgupta.

However, balance in such times wins no friends—something the JLF organisers have learnt. “But if we all start censoring ourselves and be frightened about what may happen, you will have no conversations or discussions,” says Roy. “Today, more than at any other time, we need to have all kinds of views represented. Let the audience decide. The Left hates us sometimes and the Right [at others]. We accept that. Walking that line where both sides hate you is very important.”

No matter which side it takes, the JLF’s future at Diggi is uncertain. Hopefully, the palace will still be its home if it makes it to adulthood. “I am not advocating that the festival stay here,” says Singh. “We are letting a teenager out. We just want people to take care of it.”