Trans actor Aneesh Sheth on acting in Jessica Jones, and her crisis of identity 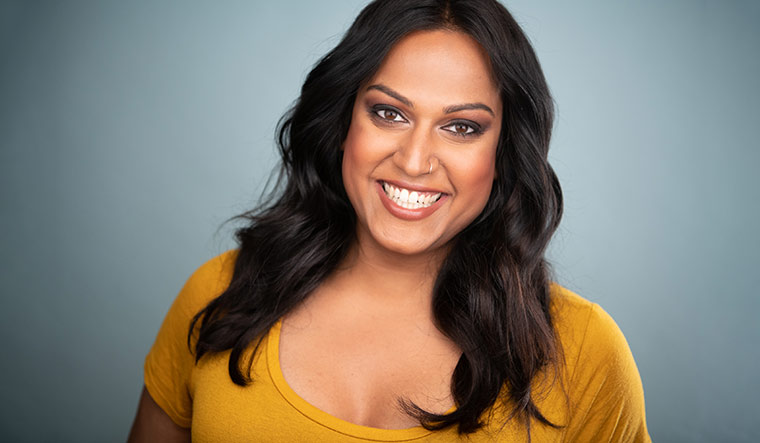 Gillian, played by trans actor Aneesh Sheth, is Jessica’s sassy new assistant in season three of the Netflix series Jessica Jones, chronicling the life of a Marvel character. “It is five to five,” Gillian says insolently in the first episode. “I am leaving.” In fact, that is all she says, but she packs so much punch into the line that it stays with you.

Sheth says what she loves about the show is how female-driven it is. Other than Jones (Kristen Ritter), there is Jones’ adoptive mother Dorothy Walker (Rebecca De Mornay) and Trish (Rachael Taylor), Jones’ adoptive sister and best friend. Women in the series do not shy away from exploring their sexuality or telling their men their desires. “It is not just the characters, even the show-runner, Melissa Rosenberg, is an incredibly bad-ass woman,” says Sheth. “There are many women in the writers’ room as well. We are sometimes better at the job than men.”

Born in Pune, Sheth moved to the US at a young age. It was at 26 that she decided to transition. Although she had been presenting femme for about eight years, her identity was still that of a gay male. “It was not until I was training for my position as a helpline counsellor at The Trevor Project and met a trans woman of colour that I truly realised it,” she says. “She spoke about her experiences and for the first time, I saw my identity reflected in someone else.” Sheth says her adoptive parents were supportive when she told them her decision. “They were the coolest,” she says. “They fully understood and supported me, just like when I said I wanted to become an actor.”

She started her career performing in musicals, but fame only came knocking with her role as Carly in the Public Theatre production of Southern Comfort, which won two Lucille Lortel awards and was a New York Times critics’ pick. She went on to guest star in the sitcom Outsourced (2011) and the comedy show High Maintenance (2012). She also had a recurrent role in season one of the NBC drama New Amsterdam (2018). However, her most notable performance is as Gillian. “It was amazing to work with Kristen Ritter,” she says. “As the episodes progressed, we got along really well and now we are good friends.”

It is not easy being a trans actor of colour in New York. Roles for people like her are few and far between and it is difficult to find consistent work, says Sheth. “I think trans- and homophobia are rampant, even in big cities,” she says. “The community faces micro aggressions and are still under threat.” One of the biggest issues that she faces is that of safety, not only as a woman but as a trans woman of colour. “It is really sad that in our society women need to do what they do to feel safe,” she says. “The conversation needs to shift to toxic masculinity and about how men think they can take ownership of women’s bodies, leading to sexual assault and other violent crimes against women.”