Sum of a life 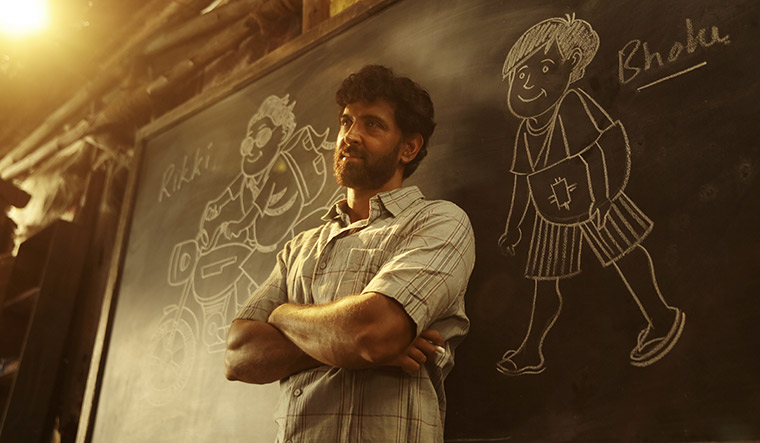 Doing the math: Still from the film.

Anand Kumar, the mathematics wiz from Bihar, sits with his younger brother Pranav in one of Mumbai’s five-star hotels. They talk to me about the film Super 30, starring Hrithik Roshan, which is based on Anand’s inspirational life. In the early 1990s, Anand had turned to the Bihar government for help when he could not cough up enough money to go to Cambridge, where he had got admission. He not only failed to get assistance from the government, but he was also mocked for having a “vilayat” (western) dream.

Although it was a setback, he rose phoenix-like to start the Ramanujan School of Mathematics—a coaching centre for IIT aspirants. In 2002, he and IPS officer Abhayanand started Super 30, through which they would help 30 underprivileged students prepare for the IIT entrance examination.

Anand says he has had a fulfilling journey, but one with many ups and downs. There were moments of extreme satisfaction and deep disappointment. “When we started Super 30, it was a time of great struggle,”

he says. “We had to raise the money to educate 30 students. My brother Pranav helped a lot. My mother agreed to cook for the students. We started with an aim and was delighted when those [underprivileged] students not only got enrolled in IITs, but also got offers from renowned companies in the US and the UK.”

According to him, Bihar is not a very conducive state for struggling students. “Not everyone in the state supports youngsters who need it the most,” he says. “Some are jealous and some act against [them] because they cannot bear to see the downtrodden rise. I have been attacked many times, even when this film was announced. People started spreading negative stories about the institute and about me.”

He points to his brother’s leg. “He was run over by a truck on December 22 last year,” says Anand. “His right leg was broken and bruised badly. This happens because some people cannot digest that a big-budget film is being made on my life. That a few students are getting to dream of a better life because of the institute. [And that I could do this without] taking any donation or monetary help from anyone.” 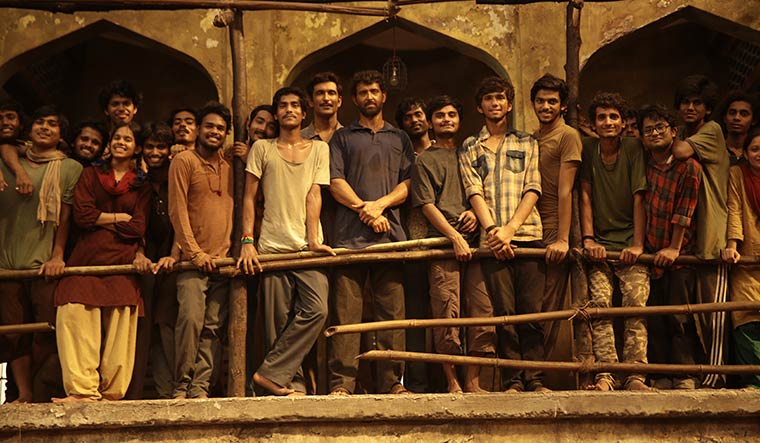 Still from the film.

Last September, four students of IIT Guwahati filed a PIL against Anand, claiming that he was a fraud. “The students pay the money but, in return, don’t get the education they want,” said Tarun, one of the four students who had joined the coaching centre in 2009 and left within a few months.

“I don’t know who is doing this,” says Anand. “But I believe it is someone who is influencing innocent students out of envy.” He says that Bihar is always shown in a negative light in mainstream films, with caricatured characters and poor infrastructure. “But there are also stories of hope and immense hard work. I want that to come to fore with this film,” he says. 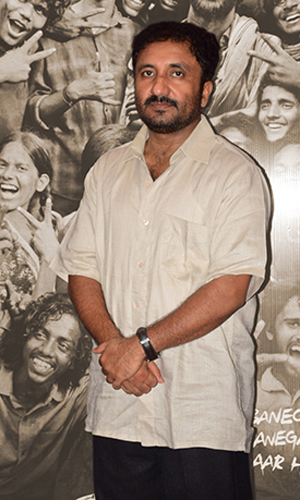 Initially, Bollywood filmmakers were hesitant to make a film on Anand. Sanjeev Dutta, who wrote the script of Super 30, had to wait for almost nine years before the movie was made. Anand wanted it to be made by someone who understood the subject and starring a big actor, so that its message would not be restricted to a niche audience.

The film has not been free of controversies. A case was filed against director Vikas Bahl after he got embroiled in the #MeToo controversy. “Sometimes things happen in life that you don’t have control over” says Anand about the controversy. “Maybe this was one of those situations.” However, he is happy with Bahl’s work. The director had travelled to the lesser-known areas of Bihar to understand the region and its culture.

Anand does not buy into the brickbats that Roshan has gotten for playing a role that is far removed from his larger-than-life persona and for getting the diction wrong. On his part, Roshan knows that he has entered new territory, essaying a real-life character from India’s heartland. In a recent newspaper interview, he had said that hearing the script for the first time was a beautiful experience for him. “I was extremely touched by it,” he had said. “It took me to a different world. Right from Anand’s first dialogue, I could see myself doing the film and saying those lines. That character on paper was an extension of myself.”

Anand says that he is happy that Roshan’s fan following will ensure a larger reach. But more than that, it is the work that the actor has put in that has impressed him. During the making of the film, Roshan called Anand to Mumbai at least five times to understand his journey. Asked if he would have preferred an actor from Bihar to play him, Anand says, “Hrithik has worked really hard to play the part. He spent enough time to understand my journey and life. I could not have asked for anyone better.” Many actors who play supporting roles are from Bihar, including the 30 students of Super 30. “Six of them were from my institute,” he says. “The makers wanted to make the classroom look authentic.”