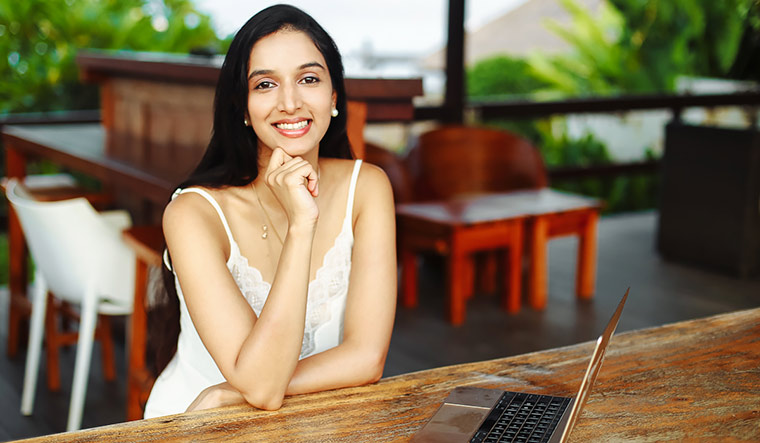 Ira Trivedi is a writer and yoga teacher. She is an expert on love and dating, having written extensively on the subject in her books like The Great Indian Love Story and There’s No Love on Wall Street. She discovered yoga while studying abroad, and came back with a mission to make it cool again. She has recently launched an app, IraYoga—a one-stop solution for anyone with a sedentary lifestyle.

Could you tell us more about the app?

Sitting is the new smoking. People spend the whole day sitting on a chair and staring at the computer or mobile screen. It is astonishing that 50 per cent of people with back problems are under the age of 30.

The app is designed for specific problems and [prescribes] very simple exercises. You are not expected to take off your shoes, change [your dress] or use a yoga mat. You are just supposed to switch on the app and do these exercises wherever you are for three or four minutes. We are starting with ten carefully designed modules and will be adding ten more every month. We are also translating it into several local languages. I am getting good response from government organisations. The Bengaluru Police have signed on to the app and want it in Kannada. They think it is a great thing.

Your mission has been to make yoga more attractive to young people.

I think yoga is not considered a cool thing. Running is. You have marathon runners, but yoga does not have the cool factor because it is still dominated by Baba Ramdev across the world. He may have done a lot for yoga, but he is not the coolest person in the world. What Bruce Lee did to Kung Fu, right?

Can you tell us about Om the dog, the character you created to make yoga attractive to kids?

Penguin will be publishing the book. They loved the character. Om is this cool little dog who does yoga, because all the yoga poses are derived from nature. There is a frog called Praana and an elephant called Moksha and they all do yoga together in an ashram.