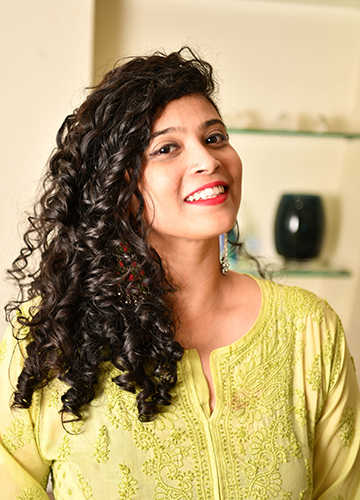 Maggi. Medusa. Jhadu. Jungli.... These are nicknames that Pallavi Juneja from Delhi grew up hearing, thanks to her curls. In school, she would comb and plait her hair into submission or lop it off into a ‘boy-cut’. Her mother would insist on a ponytail and the stubborn parlour lady would bullishly uphold hair-smoothening. “When I straightened my hair for the first time at our school farewell, people really liked it. But a part of me hated the fact that I had done this to myself. It felt like cheating. This was not who I was,” says Juneja, whose web searches in college for nourishing Indian curly hair would lead her to pages which exported wigs and weaves extracted from Indian scalps.

Today, the chirpy 26-year-old marketing executive moonlights as a “curly hair consultant”. She has a blog, The Curious Jalebi, and has done YouTube tutorials on granular management of curly-wavy hair in India. She is also a member of a popular Facebook group called India Curl Pride (ICP). There, fellow sufferers socially conditioned to hate their naturally curly hair learn to rage and rant, share and care, own and flaunt their wayward manes.

But Juneja wants to give credit where it is due. “It was blogs and tutorials by black women which saved me,” she says. “They talked about how much their journey with their natural hair was misunderstood. They came up with techniques and methods for hair care in a very hostile environment. They were the pioneers of the natural hair movement that inspires scores of women struggling with their curls across the world.” Even before joining ICP, Juneja had read Curly Girl: The Handbook (2001), the bestselling book by Australian hairstylist Lorraine Massey. The book propounds the Curly Girl (CG) method—hair care without the use of sulphate shampoos, combing or chemical relaxers. This is the central philosophy of ICP as well. Corkscrew, fractal, botticelli or wavy, the book is a bible for curly-cues. The 40,000-strong DIY-ers at ICP constantly dissect and simplify it for each other.

Nicola Okero from Kenya, a fellow at The Global Education and Leadership Foundation in Delhi, had moved to India seven months ago. And, she could not find a salon or hairdresser who could work with afro-textured hair. “Any conversation with a woman of African descent invariably turns to the topic of hair, where we share our disappointment at not having found [a hairdresser] yet,” says Okero. “I googled African hair salons in Delhi and only two popped up. Indian salons are absolutely out of the question.”

Okero might be surprised to learn that Indian salons are unsympathetic to Indian women with curly hair, too. “They say things like what kind of hair do you have? Quickly straighten it, go for hair spa, blow-dry it, put keratin....,” says 45-year-old Richa Madhukar, a member of ICP, where women regularly post stories of their horrid experiences in salons. “No salon in India understands curly hair.” Madhukar, a sales head at a food company, grew up with names like bhootni, Sai Baba and pomeranian for her tightly-coiled tresses.

It was only last year that she decided to put an end to the multiple cycles of straightening and embrace her defiant curls, frizz or no frizz. From ICP, she picked up hacks which play up and define her curls, like how to use deep conditioners as hair spa, apple cider vinegar as cleansing shampoo and flaxseed for hair gel. “Why should I spend so much time and money in a salon to look like everyone else?” she asks. “Now I can finally go out for a swim. I can go for a jog in the rains without a care. It took me 45 years to appreciate what I have. Letting my curls be has been all about acceptance and self-love.” 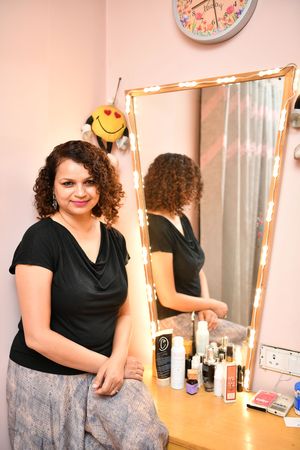 ICP also has members who have reclaimed their curls in their sixties, says Asha Barrak, its founder. She started it in early 2015, after her blog—Right Ringlets—started getting traction. This January, she launched India’s first brand for curly hair called Ashba Botanics. Its products are free of sulphates, silicones, parabens, drying alcohol and artificial colour. The products went into production after three years of her own research, testing and formulation. She says it is FDA approved. “Learning how to manage your curls is a life-changing experience,” she says. “You are reborn as a new person, with more confidence and self-possession.” According to Barrak, not many men have evinced interest in joining the group. Is it because they are not as ceaselessly hounded by the choicest of epithets when they don’t have time to fix their unruly tangles?

Suresh, a 26-year-old MPhil graduate, has taken a break from his preparation for the civil service exams to watch a World Cup cricket match at a Starbucks in Delhi. He instantly stands out with his glossy mop of dense, black curls. He does not feel the need to use conditioners, gels or shampoos free of sulphate—an ingredient most commonly used in dish-soaps. “I have never had to apply any products to tame or style it. I don’t really care,” he says. Although he does not ever want to grow his hair, he does like women with long, dark curls. “But to be fair, I don’t really see many women with curls,” he admits. Is it a surprise that he has not? Half of them want to play it smooth and straight.

But yes, sporting curls is now considered cool and chic. Curly-haired women are perceived by some to have a devil-may-care attitude. But Juneja cautions against such exoticisation. According to her, naturally curly hair is not considered elegant in India, unless you groom it well. It is bushy, wild, tousled and frizzy. “In fact, every day is different. People with curling wands do not understand that. For them, getting curls is just an end,” she says. “And acceptance is difficult to get even if you learn to take care of your curls. You need to keep fighting the battle of perception.”