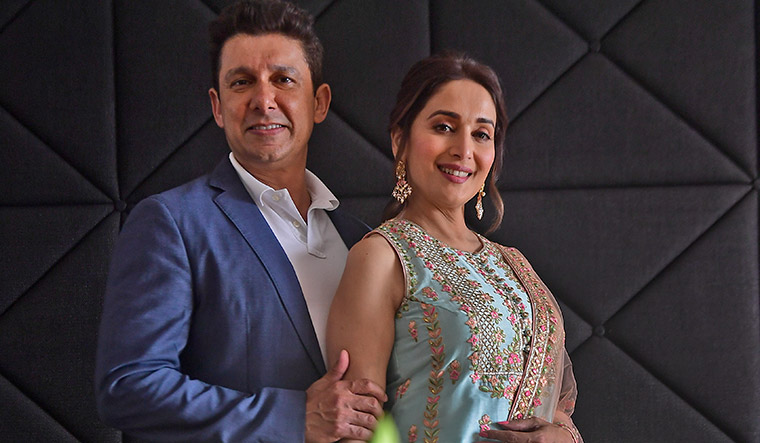 At the end of my conversation with Madhuri Dixit Nene and Dr Shriram Nene, her cardiothoracic surgeon husband, I describe Kalank—the next from Dharma Productions, which stars Madhuri with five other leading actors—as a “trademark Madhuri Dixit film”. I base the description on the grandeur, dance, music and drama in the film’s trailer, which are typical elements of a Madhuri Dixit film. She laughs heartily. Ram turns to her and asks, “Can anything really be a trademark Madhuri Dixit?” As an actor, he feels, you cannot be trademarked. You can step in anyone’s shoes.

The afternoon light filters in through the sheer curtains of the Arabian Sea-facing hotel room we are sitting in. The atmosphere in the room is warm and pleasant. The couple is here to promote the first feature production, 15 August, by their banner RnM (Ram and Madhuri) Moving Pictures. It started streaming on Netflix recently. Madhuri has been working sporadically in films in the two decades after their marriage, but the last year has been hectic. She made her acting debut in a Marathi film, Bucket List, followed by Total Dhamaal last month, and Kalank is releasing next week. She has also been busy with the production of 15 August. In between, she lent her voice for Netflix’s Mowgli and has appeared on several reality shows. “It was a busy year,” she says. “But it has been wonderful and I have enjoyed it thoroughly.”

15 August is a small film with a big heart. Set in a Mumbai chawl, it is about what freedom means for the various residents of the tenement, each stuck in unique situations. While Madhuri grew up in Mumbai, Ram—a second generation American citizen from Denver—used to visit the city during vacations and had a fair understanding of the chawl system as well. “We looked at almost a hundred scripts over the last three years before finally settling on this one,” says Ram. “It is a Marathi film and we are both Maharashtrians. We both had relatives in chawls and we have seen how they impacted life and how beautiful it was. At the same time, it was immensely funny.”

RnM, they say, is a result of Madhuri’s years in the film industry and the realisation of just how much can be achieved with good content. Madhuri handled the creative work—casting, approving the script and working with the director—while Ram was involved with the production, finance and other everyday matters. Being a producer, Ram says, is primarily about problem solving. “The main thing is to build a great team, decide what each person’s skill set is and assign them the right roles,” he says. “My job was not to micromanage the team, but to let them do their magic. We have been producing content for the Dance With Madhuri (DWM) platform for almost eight years, so we have almost 200 hours of content. So, film was the logical next step.” 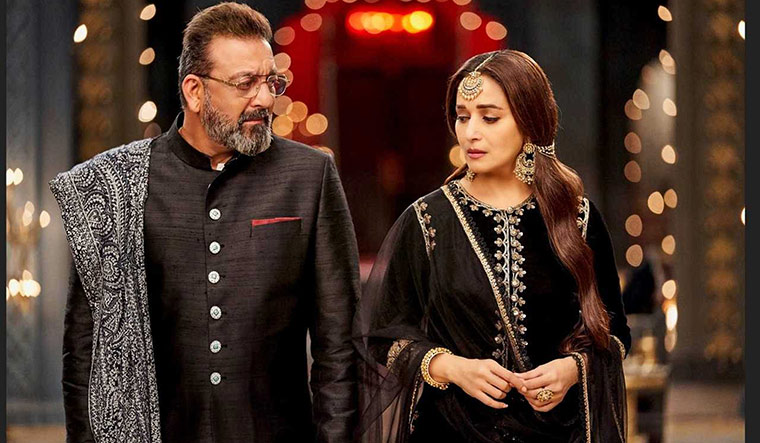 Initially, 15 August was slated for a theatrical release. But, after seeing the film, the couple decided that they wanted to take it to a global audience. “Why should we not take the best of what we produce to the whole world?” asks Madhuri. “That is how the alliance with Netflix came about. It will now be seen in 190 countries, across 139 million homes.” The couple has now announced a TV series with ABC Studios, along with Priyanka Chopra, that will revolve around Madhuri’s life in the US.

When the two got married in 1999, news spread that Ram did not know about Madhuri being a leading Bollywood actor. He says it was because he did not grow up watching Hindi films. “But whether it is heart surgery, where millimetres and milliseconds make a difference between life and death, or anything else I have done, creativity was always the need of the day,” he says. 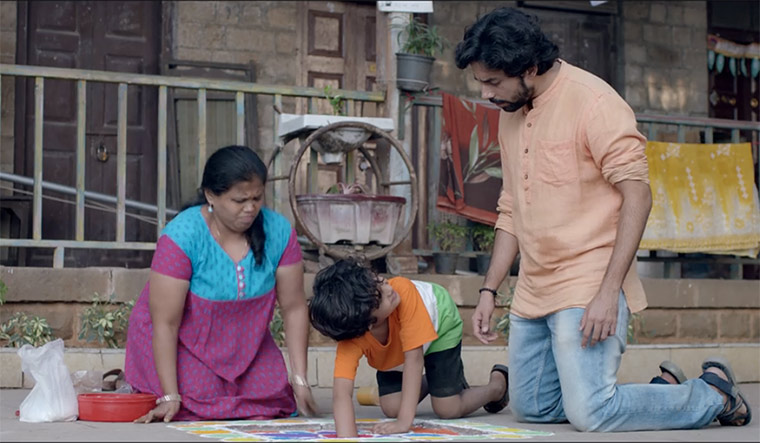 In 2012, when they started DWM, he would go to the sets all the time to learn the intricacies of the art. “I would look at every little device they had,” he says. “I would look at camera positions and how microphones were placed. As I slowly became more comfortable with that, my co-producers told me I did not need to be there so much because we had a director and line producers. Eventually, you get comfortable with your teams.”

Nurturing a rewarding relationship over 20 years must not have been easy. For Madhuri, it is the mutual respect and admiration that have kept them going strong. “I respect what he has done for [his patients]”, she says. “I have seen him feel sad when something went wrong, or if he could not do something for someone. I have great respect for what he has done in his profession, and I think, similarly, he respects me.” A fact vindicated by the admiration in Ram’s eyes when he looks at her.

“Also, we choose our battles,” says Madhuri with a laugh. “Some battles we fight, some we just let go.... And the fact that we come from the same value system... helps us in a lot of ways. I want my kids (Arin and Raayan) to grow up in a similar way, with similar values of love and respect for everyone. We are trying to raise good humans as well as accomplished ones who want to do something with their lives.”

“They have got to be hungry,” adds Ram thoughtfully. “We came up the hard way. We came from nothing.” He pauses and then corrects himself. “I would not say nothing; our parents worked hard, too. But we don’t come from this [film] background, so we appreciate what we have. We want to make sure that everyone around us prospers. In doing that, it comes back. It makes you feel good. Same with the kids; they need to know that they should appreciate every little thing and every person they come across. That is what life is about. [It is] too short.”

For the time being, however, they are waiting for the response to 15 August and the release of Kalank. Madhuri is happy with how the industry has evolved over the 35 years that she has been active. “Everything is very disciplined now—right from your look in each scene to the other details on the set,” she says. The vanity vans make her the happiest. It never was there during the initial years of her career. “But the biggest change I see today is [in the role of] women,” she says. “When I was shooting for Tezaab (1988), the only women on the set used to be the co-actors and the hairdressers. Now, there are women in every department—directors, assistant directors, camera persons.... And it is heartening, the most positive change, and I hope it keeps growing.”