The personal becomes political in these photo performances 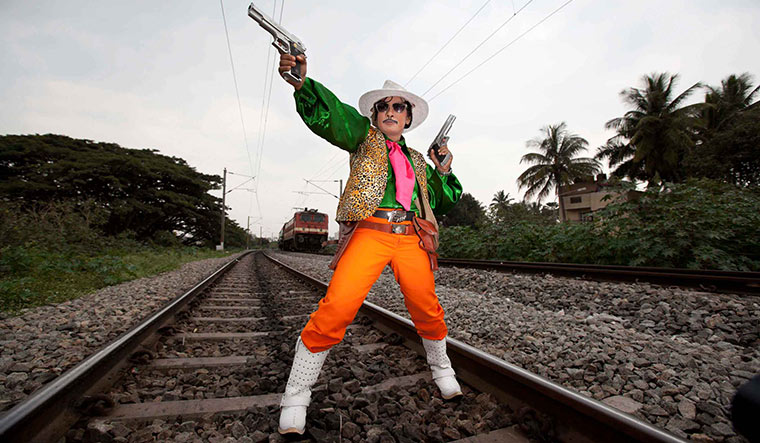 How do you link photography and performance? Lithuanian-American visual artist George Maciunas scavenged prom dresses from the Salvation Army and thrift stores, and wore them to enact and photograph his own striptease performance in 1966, as a comment on gender indeterminacy. Chinese artist and activist Ai Weiwei channelled his mockery and disdain for historic monuments and nationalist pride in a photo series called "Study of Perspective" by pointing his own middle finger against a backdrop of iconic landmarks. Iranian photographer Azadeh Akhlaghi meticulously reconstructs in her images episodes of executions, assassinations, suspicious deaths and torture from Iran's modern history to portray events for which no photographs exist. For Delhi-based contemporary artist Shine Shivan the word yashtimadhu assumed the seriousness of a lived reality, a performative subject, an art project and a life's mission. 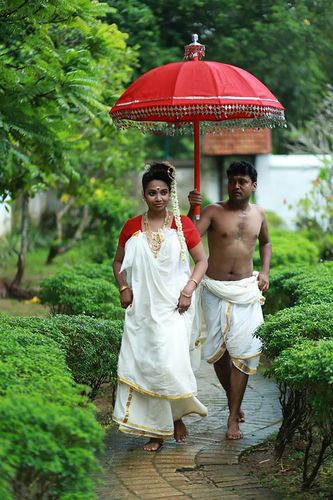 Photographer: Shine Shivan- Shivan poses as a servant to an upper-caste lady played by his wife.

Two years ago, Shivan's mentor Abhay Maskara had casually suggested the newly-wed Shivan name his child Yashtimadhu, after an ayurvedic medicine of the same name. The word would inspire an autobiographical photo series that would also grace the booth walls of the recently concluded India Art Fair. Shivan says that he dissected the word in different ways to search for its meaning, and eventually found an interpretation at the Thrissur Pooram, Kerala's grand temple festival. The first decorated elephant who leads the pageant at the pooram is greeted with a mashaal—a torch or a firelight. This fiery torch is a yashti and madhu means honey. "Hence, my child would be a fireball, full of revolutionary fervour, but as sweet as honey in disposition," says Shivan. He stages scenes of offerings and newborn rituals in royal households and palaces in different Indian cities with his family playing the central characters. In one image—shot in the Krishnapuram palace in Kayamkulam—his wife is dressed as a Nair lady as Shivan plays her servant, holding an umbrella behind her. Shivan hails from the Ezhava community which is listed as OBC in government documents, and these images seek to comment on and subvert caste and social hierarchies as well. "My daughter Yashtimadhu is no ordinary girl, even though she does not have a royal pedigree," says Shivan of his one-year-old.

Photo performance, as a sub-genre of photography, entails the staging or posing of an action, often with no live audience. The photographer himself is usually the subject, protagonist and performer. The artists recreate a scene or a tableau for the lens to convey their politics, thematic preoccupations or a narrative. Pushpamala N. is well known for this practice in India. By masquerading as Goddess Kali, Mother India or a woman from the Toda tribe, Pushpamala references existing images from archival material, popular culture and ethnography. At the ongoing Chennai Photo Biennale (CPB), which will run till March 24, Pushpamala as curator has brought together over 50 artists from 13 countries to make art photography accessible across the city. 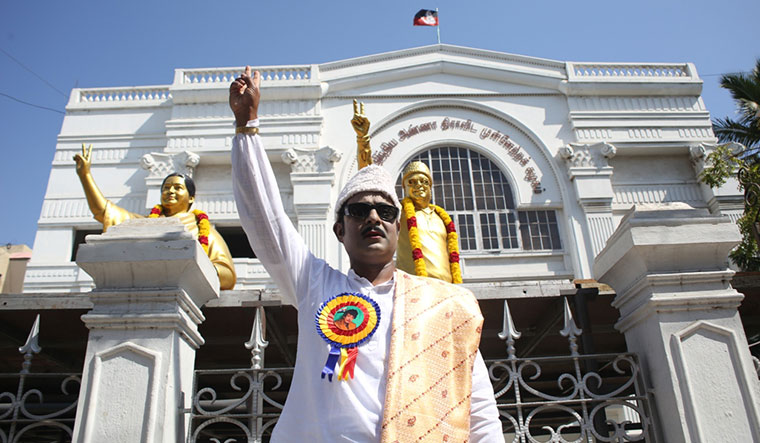 Photographer: Cop Shiva- Shiva dressed up as MGR as a tribute to an obsessive impersonator he photo documented.

"Sometimes, the photo performers are the artists themselves, otherwise its other people performing, or sometimes the work itself is very performative," says Pushpamala. "There is Tejal Shah whose series on hysteria, shot in Paris, is a direct example of photo performance. There is Korean artist Chan-Hyo Bae, who dresses up as English aristocratic women through the ages, and Nandini Valli's series on Sabarimala pilgrims. They might be straightforward photos but somehow they look very performative." Pushpamala cites artist duo Gilbert and George, who once cast themselves as naked figures in their own pictures, as one of her key influences. The biennale features B.S. Shivaraju aka Cop Shiva, who worked as a policeman in Bengaluru for 17 years. His passion and skill for photography, specifically framing the lives of impersonators, has taken him places. At the CPB, Shiva has donned the character of iconic actor and politician M.G. Ramachandran because he photo documented an obsessive impersonator of MGR in Bengaluru by the name of Vidyasagar for six years. "Vidyasagar always wanted to meet MGR in person. But his financial constraints did not let him travel," says Shiva. "As a tribute to this man, who passed away in 2015, I dress up as MGR, the actor or politician, depending on my mood." 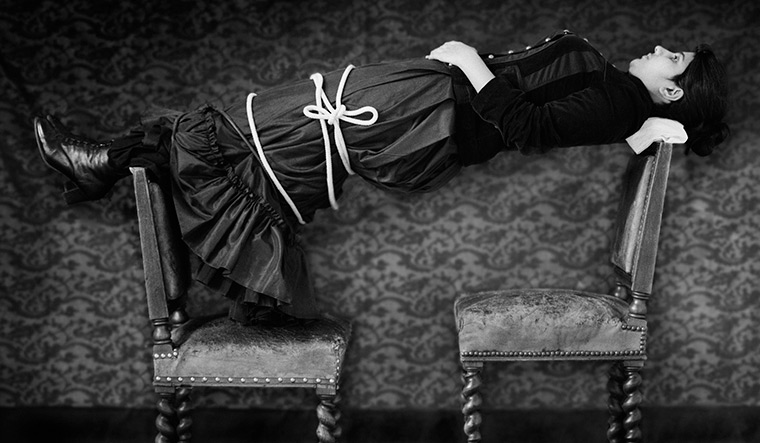 Photographer: Tejal Shah - A work titled Lethargy, part of a series on hysteria.

Indu Antony's project 'ManiFest' at the CPB gets 13 queer women to act as male icons or drag kings from a 2012 photo series. These quirky, light-hearted images of Superman, Quick Gun Murugan or a hard-charging cop fall in the realm of gender fluidity, identity and expression. "The process that went behind making them was intense," says Antony. "We went through an extensive makeup process of binding their breasts, stuffing socks in their panties and putting coffee powder for the mustache. It was so interesting to see these women perform these roles in a public place. The way Quick Gun Murugan got off the railway track, ran into a jeep and had a fight with a cop, standing next to a cow—these performances are intrinsic to the images." Antony once hid behind a screen with her bare leg dangling from it for a photo performance called Hair Booth. She challenged the audience to pluck out her body hair with a pair of tweezers next to her legs. Many fought for the opportunity. As they say, the personal is always political.