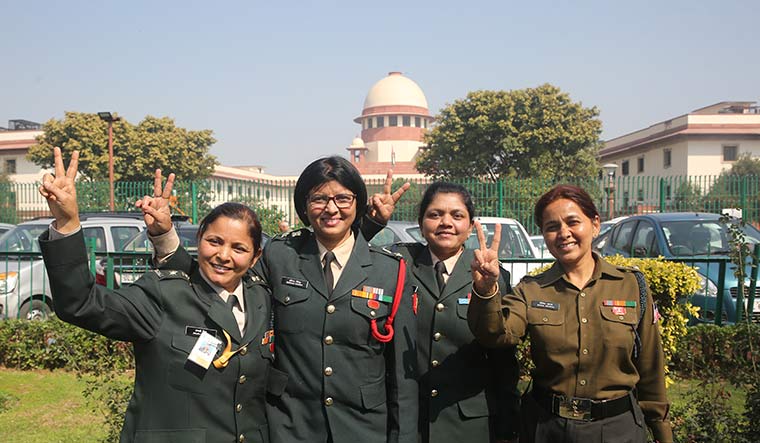 Winning moment: Women officers celebrating the February 2020 verdict of the Supreme Court granting permanent commission for women in the army. 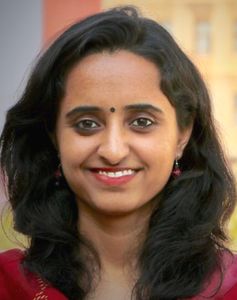 On November 9, Justice D.Y. Chandrachud will take oath as the 50th chief justice of India (CJI). As the son of the longest-serving CJI and having been a part of the judiciary as a lawyer and a judge for more than four decades, he is quite familiar with the powers of and the expectations from the top office of Indian judiciary. More significantly, however, Justice Chandrachud’s popularity precedes his ascent to the top post.

Through his judgments in landmark cases on privacy, homosexuality, adultery and abortion rights among others, Justice Chandrachud is known as a judge who upholds liberty. And, either by design or by accident, his judgments in cases such as Ayodhya have made him palatable to those on the other side of the political spectrum as well. Therefore, there is both a sense of hope and nervous energy associated with Justice Chandrachud’s assent.

Another rarity with Justice Chandrachud’s elevation is the expected length of his tenure. Unlike most of his predecessors, Justice Chandrachud will have two full years at the helm. Contrast this with the incumbent CJI, Justice U.U. Lalit. Even with a tenure of 73 days, he has ushered in a blitzkrieg of changes. The potential for Justice Chandrachud’s tenure, therefore, seems immense. However, even while Justice Lalit has showcased the extent of the power that the CJI’s office holds, it is anybody’s guess as to whether any of his measures will stick post his retirement―be it the rearrangement of listing practices or the resurrection of Constitution Bench matters.

A rather unfortunate feature of the Indian judiciary is that each new chief justice can practically undo or abandon any action taken by his/her predecessor. Short tenures of CJIs (the average tenure of the last ten CJIs was around 11 months) combined with a complete lack of a common vision binding successive CJIs has meant that the changes to the judiciary have been ad hoc and inconsistent. This is another reason why Justice Chandrachud’s tenure holds promise. His two years are perhaps long enough to initiate and see through key reforms and even challenge the vision-less status of the judiciary.

Given the state of judiciary Justice Chandrachud is inheriting―with an all-time high pendency of over four crore cases―the temptation soon after assuming charge might be to act. It would, however, be wise if he takes inspiration from the saying, to take two steps forward, it is necessary to take a step backward.

Most CJIs have entered and exited their office in a fire-fighting mode. Justice Lalit, for instance, had to make a choice―a wise one at that―to focus on measures that could have an immediate impact with least resistance within and outside. Justice Chandrachud, on the other hand, has the luxury of time to do just the opposite. His biggest contribution can be to use his tenure to help build consensus around a vision for the 21st century judiciary that each and every component of the justice system strives to achieve year after year, CJI after CJI.

A vision which has been a long time coming is to build a ‘litigant-centric’ judiciary as opposed to the current colonial relic where an ordinary litigant ironically has the least agency. A judiciary centred on a litigant will be one where justice as a service is owed to the litigant and will also give litigants the tools and the agency to hold the system and its stakeholders accountable. Justice Chandrachud’s legacy could be that he took the first concrete steps towards this vision-driven transformation.

Needless to say, the making of a ‘litigant-centric’ judiciary is going to be a long-drawn journey; it cannot be achieved in a single masterstroke. The vision itself needs to be broken into smaller, manageable milestones, ensuring steady progress combined with benefits along the way. This is where the ‘how’ of bringing in reforms becomes extremely critical.

So far, the problems plaguing the judiciary have been dealt with in silos and the focus has been on the symptoms rather than the root cause. Inordinate delays, high pendency, poor infrastructure, judicial vacancy and lack of transparency are interlinked manifestations of systemic issues in the judiciary.

To ensure that the judiciary’s and his own time and efforts are spent judiciously, a key management principle that should guide Justice Chandrachud’s tenure is to ‘hire the right person for the right job with the right pay’. Even at a cursory glance, it is clear that almost all of the laundry list of problems above are non-legal in nature. Ironically, however, a judge primarily trained in law is expected to be an all-in-one expert vested with the responsibility of fixing them. How else can one explain the fact that the person in charge of implementing the e-Courts project in every state is a district judge on deputation as a chief project coordinator.

A right start for Justice Chandrachud’s tenure would be for him to build dedicated teams of experts to flesh out the vision of a ‘litigant-centric’ judiciary and curate a plan of action to incrementally achieve it. In parallel, he must identify ways and means of internally providing for the required expertise at all levels of judiciary, taking lessons from the failures of the court managers’ experiment.

To be sure, maximum resistance towards decentralisation of responsibilities away from a judge will come from within since a judge’s non-judicial work is also a way of wielding power. Therefore, Justice Chandrachud should give primacy to consensus building. Towards this, the annual CM-CJ (chief ministers and chief justices of high courts) meeting can be a platform where details of the vision and the plans are presented to build consensus within the judiciary and the executive.

With his popularity, long-term tenure and astuteness, Justice Chandrachud as the 50th CJI will surely leave a mark as a judge and an administrator. A long-term vision supported by the right team to realise it will ensure that the mark will be indelible.

The author leads judicial reforms work at the Vidhi Centre for Legal Policy.