These include upholding rule of law and maintaining judicial independence 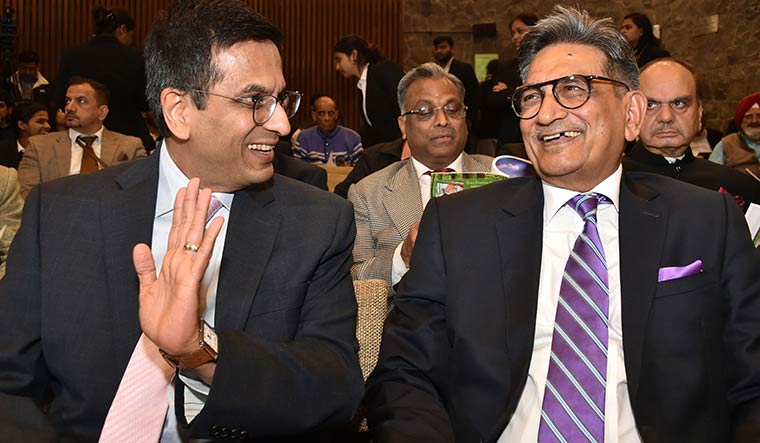 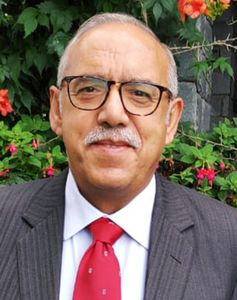 There are high hopes and expectations from Justice Dhananjaya Y. Chandrachud, who will take over as chief justice of India on November 9 and will have a relatively long tenure of two years. For three years, Justice Chandrachud and I were among the first to reach the judges’ lounge of the Supreme Court every day. We enjoyed freshly brewed coffee and exchanged notes on matters frivolous and serious. During those exchanges, I found him to be a true liberal who has empathy for the underprivileged and the marginalised sections of society. Many may not know that he and his wife, Kalpana, are bringing up two differently-abled girls as their own.

Justice U.U. Lalit, in a short period, has done a wonderful job, on both judicial and administrative sides. The rate of disposal has increased. There is more transparency. Justice Lalit has taken firm decisions to uphold the independence of the judiciary. He has set the bar high. I expect Justice Chandrachud to raise it even higher. He has the intellect, the integrity and the heart to do so.

My list of expectations from him would be as long as my arm. But I will confine myself to five major issues, which he needs to address as chief justice of India.

First, the Supreme Court of India is not only an adjudicator of disputes, but also the protector of the fundamental rights of the citizens of this country. The Supreme Court has to be more proactive while protecting the rights of the people. Justice Chandrachud has shown where his heart lies, be it the judgment on privacy, rights of women, rights of the LGBTQ community and other marginalised sections of the society. He has to carry the court with him to ensure that the marginalised and the underprivileged are not denied their rights.

Day in and day out one reads of instances from all over the country, regardless of the party in power, where the citizens are deprived of their basic liberties by those in power, especially by the police. In a country where rule of law is the golden thread that binds the Constitution, the powers that be cannot be permitted to take law in their own hands. Under our Constitution, there is no place for mob lynchings, bulldozer justice or misuse of archaic laws like the law of sedition to persecute and harass people. I fervently hope that Justice Chandrachud will take steps to ensure that rule of law is maintained and the harassment of citizens is stopped.

Second, I feel that steps need to be taken to uphold and maintain the independence of the judiciary. Unfortunately, there is a perception among some sections of society that the Supreme Court is not totally independent. This perception needs to be eliminated. All citizens should feel that the Supreme Court is truly independent. The chief justice has a very important role to play in this regard, both judicially and administratively. I would not like to comment on judicial pronouncements. The collegium under Justice Chandrachud will have some of the finest and most independent judges. I hope that they will ensure that the decisions taken by them are implemented by the government. The collegium must ensure that wherever it has reiterated its decision, the governments must make appointments. A case which immediately comes to mind is of Saurabh Kirpal, an extremely competent advocate who is openly gay and whose name has been recommended and reiterated by the collegium.

Third, the functioning of the collegium system must be made more objective and transparent. The system, over the last few years, has attracted a lot of criticism, some of it well-founded. A beginning has been made and the collegium has introduced a more objective system of assessing judgments of judges under consideration for elevation to the Supreme Court. This system must be crystallised by having a permanent secretariat for the collegium which should examine the judgments of judges of the high court who are likely to be considered for elevation to the Supreme Court or as chief justice of a high court. All material, which are likely to impact the efficiency, integrity or suitability of any high court judge for elevation, should be available with the secretariat. Obviously, there has to be some secrecy attached to the proceedings of the collegium and everything cannot be made public. At the same time, efforts should be made to be as transparent as possible.

Fourth, the chief justice is the master of the roster and must draw up the roster. He has to decide which benches should hear which type of cases. Justice Chandrachud is very computer savvy. He should take steps to computerise the roster so that human intervention in allocation of cases to particular benches is reduced to the barest minimum. Once the roster is settled, the chief justice should also let the roster run by itself unless there are exceptional circumstances where the programme designed for the roster cannot assign a case to a particular bench.

Finally, the Supreme Court is a very chief-justice-centric and registry-centric court. During my stint at the Supreme Court, the only full-court meetings held were either to fix the calendar or to designate senior advocates. The full court should meet more often to discuss important administrative issues. The Supreme Court comprises 34 judges. Most of them have been chief justices of high courts and have vast administrative experience. The benefit of this experience must be utilised.

Each chief justice has his own ideas on how to run the Supreme Court. These ideas may be good, but more often than not when the chief justice retires, his successor will come up with his own ideas and discard the older ones. There must be continuity in the administrative functioning of the Supreme Court. The chief justice has too much on his plate. My suggestion is that a committee should be constituted, comprising five judges outside the collegium having the longest remaining tenure. This committee should aid and advise the chief justice as to how the functioning of the registry can be improved.

I am sure at least some of my dreams will come true and two years hence Justice Chandrachud will demit office in a blaze of glory.

The author was a judge of the Supreme Court.