His vision of society as bastion of plural, inclusive values shines in his judgments 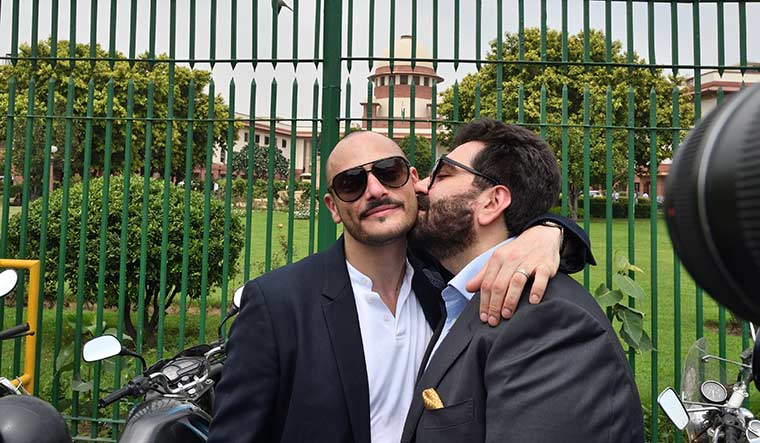 Equal rights: Hotelier and gay rights activist Keshav Suri, one of the petitioners in the Section 377 case, kisses his partner after the Supreme Court verdict decriminalising homosexuality | Sanjay Ahlawat 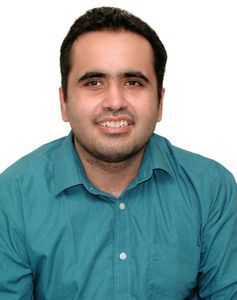 Even before joining Justice D.Y. Chandrachud as a judicial law clerk, I followed closely his work as a Supreme Court judge. I have always greatly admired him for his fearlessness and for speaking truth to power, among other things. While I was pursuing my masters in law at the University of Oxford, I was witness to the immense respect and admiration that he got even outside India. For instance, his judgment in the Navtej Johar case which decriminalised homosexual intercourse was spoken highly of in the common law world with regard to the application of constitutional morality and transformative constitutionalism to correct a social wrong.

All this prompted me to apply to his office when I came back to India and wanted to start my career in litigation. I believed it would be a wonderful opportunity since I would get to view complex legal and human issues from the standpoint of a judge, especially someone whom I greatly admired. I also felt confident, going by his judgments on LGBTQ rights and gender justice, that he would ensure for me an accessible, inclusive experience as a disabled person aspiring to put his roots down in litigation. That is the reason why I applied to Justice Chandrachud to work as a judicial clerk.

Our first interaction took place virtually in February 2020 when he interviewed me for the clerkship. Despite his reputation as a rockstar judge, his humility and simplicity shone through. Among other things, we spoke candidly about the reasonable accommodations I would need in his office. What particularly stood out in the interaction was his keen interest in ensuring that the case files that his judicial clerks would have to work on were made accessible to me and that I should have the same degree of choice as my sighted counterparts in choosing matters to assist him on, in keeping with my strengths and areas of interest. It is indeed a rare thought process about the capabilities of the disabled among people in positions of power, and it gave me immense confidence.

In my work as a judicial clerk, I came across certain hurdles in terms of accessibility such as the Supreme Court website requiring every visitor to enter a visual captcha. It was impossible for me to go to the website and check case details. Justice Chandrachud personally intervened to ensure the introduction of an audio captcha on the website.

Justice Chandrachud also issued a direction that all files that are submitted as written submissions had to be emailed in PDF format which could be read through a screen reader. It was also instructed that the soft copies that were emailed were not scanned copies of the printed submissions. What generally happens is that court filings are printed and those printouts are then scanned and uploaded. Many a time, the quality of the scanning is very poor, making the document inaccessible to a visually-challenged screen reader user. If lawyers simply use digital signatures instead of physical signatures, they will not have to follow this process.

On multiple occasions, we had discussions on the challenges I faced in terms of accessibility in my work. I also helped him with research on the best practices in other countries about the inclusion of the disabled. These issues were highlighted by him in his court and in his speeches at public events. Also, the e-committee of the Supreme Court, which is headed by Justice Chandrachud, has made a number of interventions to make the courts more disabled-friendly.

During my clerkship, a three-judge bench of the Supreme Court headed by Justice Chandrachud reversed the judgment in the V. Surendra Mohan vs state of Tamil Nadu case in which the apex court had in 2019 ruled that a candidate whose visual or hearing impairment was in excess of 40-50 per cent could not discharge the responsibilities of a civil judge. Justice Chandrachud held that the principle of reasonable accommodation had to be applied [Vikash Kumar vs UPSC]. The Supreme Court passed an order in favour of the petitioner suffering from writer’s cramp and who had been denied a scribe by the UPSC. The court held that to deny the facility of a scribe in a situation such as this would negate the valuable rights and entitlements which are recognised by the Rights of Persons with Disabilities Act, 2016.

What makes Justice Chandrachud so popular and relatable is the fact that he does not have an air about him despite being in a position of power. He has a connect with the society which he has retained in his more than 20 years as a judge. He brings into his work a lot of passion and energy and is genuinely invested in every case. He is progressive and forward looking. His vision of Indian society as a melting pot of diversity and a bastion of plural, inclusive values shines forth in his judgments, be it with regard to the rights of the LGBTQ community, gender justice or disability rights.

The author is a Rhodes scholar and attorney who worked as a law clerk for Justice Chandrachud.