Queen Elizabeth was more than the institution she represented: Amish Tripathi

Queen had a sense of continuity, balance and an old-world charm, he says 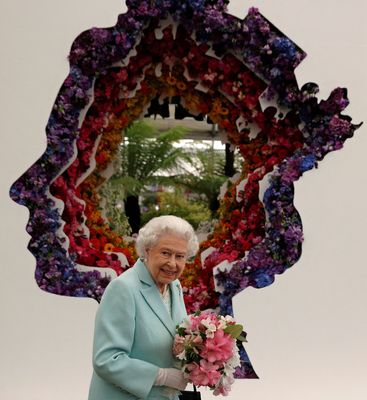 There is certainly sadness on the streets of London. Many people are reacting to that spontaneously, which shows the affection and respect they had for Queen Elizabeth II.

We were actually in the middle of a programme at the Nehru Centre when the news came. There were senior people in attendance, including industrialist Sunil Kant Munjal and former chief economic adviser K.V. Subramanian, who will soon be India’s executive director at the International Monetary Fund. We quickly had a word with all of them and felt it was inappropriate to carry on. We ended with a minute of silence.

There were a few Britons in the audience, as well as a former high commissioner of the UK to India. But it was largely an Indian audience. An audience that had just discussed how disastrous the British Raj was.

And I agree, the Raj was a complete and unmitigated disaster for India. Mike Davis’s Late Victorian Holocausts makes it clear that anywhere between 30 and 50 million Indians were killed in manmade famines. Millions perished in the aftermath of the first war of independence. Despite this, [even a critic of the Raj] like me has to acknowledge that Queen Elizabeth II was very remarkable in the way she conducted herself. She had grace, self-control and was disciplined with an old-world charm. She was in the public eye for 70 years and she took not one false step. She was worth admiring.

Both Queen Victoria and Queen Elizabeth II had very long reigns. Victoria’s reign saw the rise of the UK and Queen Elizabeth’s witnessed the relative decline of the UK and its empire. Countries on the decline can have a lot of dissonance. Wars and violence are not triggered by a country that is self- confident and rising. But often, by insecure powers who think they are losing their power. That did not happen in the UK. I think a large part of the credit is due to her. She had a sense of calm.

Queen Elizabeth helped the UK transition and find a new role and new purpose. The UK is still economically strong despite having fallen behind India this year. Culturally, they are certainly a superpower and probably will remain so for a generation.

The Queen was a uniting figure. One can sense that within the UK as well; with the Scots, Irish and Welsh joining the English in mourning her, whatever the views may be on other aspects. The main reason for that is that she represents values that have, sadly, in this modern world, gone out of fashion. It sounds very cool to be disrespectful, iconoclastic and nihilistic, but you know, frankly, see the chaos in cities that have taken nihilism to an extreme, including some in the west. There is a value to old-world tradition, a sense of duty, discipline. A sense of continuity, while still adapting to modern times. A balance. The Queen represented that.

Over the last few days, newspapers have written beautiful [pieces] about the way she used to conduct herself. Even in private. I was particularly struck by an incident. There were these two Americans. The Queen was walking with [her royal protection officer]. This was outside Balmoral and these two Americans met her and asked, “Doesn’t the Queen live here?” The Queen replied, “Yes, apparently she lives close by.” They then asked her, “Do you know her? Have you met her?” She said, pointing to the valet, “I’ve never met her. But he meets her very often.” She had a sense of humour. I think in many ways, she was even more than the institution she represented.

On the question of how the Commonwealth countries will react.... There is clearly mourning for her. But going forward, how states will react will be based on pragmatism and their understanding of their supreme national interest.

In some ways, this could be a uniting moment for the UK. Shared grief has created that emotion, it seems, at this time. The last time a new ruler was crowned was decades ago. Most people do not have a living memory of the rituals.

Any change is difficult. But the speech that King Charles III made on the passing of the Queen was actually very well received. He was clearly emotional. But he held himself, as he should have, and that has been seen positively. The UK is a partner of India. So we certainly look forward to them managing this process of change well.

Tripathi is a best-selling author and director of the Nehru Centre in London.